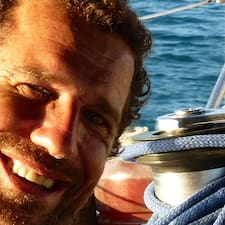 Dear colleagues, I need opinions on a very unpleasant fact that is happening right now.

I recently received a guest who created problems from the moment he arrived (did not accept that I had check-in time), and culminated in his expulsion for bringing a prostitute to sleep in my house.  He had been informed that visitors were not allowed.  He wanted all the money back, and he wrote in the review that I'm a racist, and mistreated him for being black.  I never was!!!  I already have hosted more than 200 guests, many blacks and browns and yellows and everything, nothing racist.  I lived for almost 10 years in African countries, a racist would not survive.

I know I'm entitled to the answer after the review, but that doesn't repair the damage after someone reads this. Racism is not taken lightly by anyone these days.

Airbnb does not consider removing this review.  After 10 years of Airbnb, I'm leaving so I don't have this stain…. Unless anyone knows of a possibility for appeal.  The Airbnb person who told me the removal of the review was denied keeps sending the same message in reply to my inquiry about the appeal process.  Anyone? 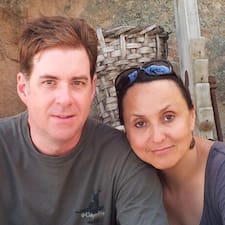 Sorry for your experience @Marcelo681 and sorry to let you know you are at lost. Airbnb no longer supports the hosts and all their policies are geared toward protecting guests, regardless how they treat you, your home and how they (dis)respect your house rules. Fact checked and confirmed too many times, search the posts of Community Center and see for yourself.

You have no where to go, no one to complaint and can relay on no support. We understand why leaving this platform may be the best for you. Try hosting with VRBO, while they have their issues, they are progressing, their apps and platform is getting better and better, the guest coming via their site are generally good.

We've had lately the guest who showed up with 2 unreported pets, refused to pay the pet fee, cursed at us, came even to our private residence threatening us. Airbnb closed the case on us with no resolution.

Will repeat again: this same company was BRILLIANT taking care of the cases like this and solving them in the matter of hours years ago. Now there is nothing from that left. At the beginning of Airbnb the hosts were crucial as there were no hosting, hence no company without the hosts. Now, the hosts are just a tool to make more money and who cares if you are used, abused and insulted in your own home that you just that was a god idea to share 😞

Airbnb protects themselves from "he said; she said" kinds of disputes. You should have called the police and made a report. Airbnb is the conduit. You are the host, and as such are responsible for what goes on in your house. Airbnb can't referee every spat.

It's not a spat. You are right that Airbnb won't get involved in 'he said, she said' disputes, but calling someone a racist is defamatory and against Airbnb's own content policy, which says reviews should not include:

I couldn't access @Marcelo681 's Airbnb profile, so perhaps he has left the platform, so I don't know what the review actually said, but if it outright accuses him of being a racist then there absolutely is a case for having it removed and I would not have given up if I was him.

Also, in my experience, Airbnb does not unauthorised guests. When it happened to me (and we're not even talking about an unauthorised prostitute), Airbnb told the guest to leave my property. I refunded her the rest of her stay, but they said I didn't have to.

Of course, as with any CS encounter, it totally depends on the rep you get on the phone. I got lucky in that case, but some of the reps I've dealt with in the past seemed to have no idea about Airbnb policy at all. 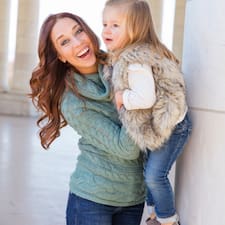 Hi @Huma0 ! I am currently in the midst of trying to recruit help from air bnb in getting a guest to vacate my property. The property is set up as an up-down duplex. The main level is the air bnb; the upstairs unit is a separate apartment. After less than 24 hours of being on the property, my guest locked herself out, so my partner had to go and let her back into the property. Upon his arrival he saw that her dog had completely scratched up the brand new front door - and I mean completely tore it up. There’s dog poop on the floor, trash on the floor, spilled beer all over the floor. I confront the guest and she apologizes that the dog was just stressed. Fast forward two weeks later and I’m at the property with plumbers, and you can smell dog poop inside the house all the way up to the second level apartment. I look inside the air bnb and there is dog poop everywhere! Not just one poop, but piles everywhere that the dog stepped in and got all over the place. The house wreaks. The dog is scratching up the windows and neighbors are complaining about its barking. I contact air bnb for help in getting the guest evicted and they say they will contact the guest and then get back to me. Air bnb messages me later that night with no answer other than my question was being passed on to someone else because the rep was done with her shift. The next person says I’m sorry the guest left my place “messy” and have I tried talking to her? So I am really curious as to how you were able to have your guest removed from the property with help from air bnb? They seem to be spinning me around in circles so nothing gets done. The guest is supposed to be here for two more weeks and I’m terrified about the damage being caused/will be caused. Also, she is local here in town and staying for a month so now I suspect she was evicted from her last residence and needed some place to go that doesn’t do background checks. My place is newly renovated with brand new furnishings. I’ve spent over $50k on the renovations and to see the place treated like this is heartbreaking.  Any advice is much appreciated!!!

I am so sorry this happened to you. It sounds absolutely horrific. Your place looks lovely and it's so sad it's being treated in this way.

One thing I'm confused about is that your listing states no pets. Did you agree to bend that rule for this particular guest or she just unexpectedly checked in with a dog? Regardless of that, she's breaking numerous other house rules and causing a nuisance to neighbours.

I don't suppose you were able to take photos of the condition of the listing while you were there? If not, at least take photos of the damaged door. I would call Airbnb again and stress to them that she's not being 'messy', she is trashing the place and that piles of dog excrement everywhere is a serious health hazard. Would Airbnb like it to be known that they think it's acceptable for guests to do this? Imagine that story in the press!

Stay calm, stay professional and be clear. Airbnb need to cancel the stay from their end and tell the guest to leave. In these situations, I would normally refund the rest of the stay just to get the guest out quick. Once you have got her out, then you can look to claim for damages/extra cleaning costs.

If you don't get any sensible response from CS (they do seem to be doing a lot of this passing around from person to person and especially to a new person who immediately tells you they are going to be out of the office for a few days), then post about this all over Airbnb's Facebook and Twitter.

"Guest and her dog are trashing my Airbnb, there is dog poop inside EVERYWHERE, neighbours are complaining, but Airbnb refuse to help."

If you still get nowhere (and I would be really persistent about this - don't just wait for them to get back to you), then I am afraid you may need to take matters into your own hands. Check the law in your area and what you need to do to evict someone. Make sure she doesn't stay long enough to establish some sort of tenant's rights.

As to my own situation, I called Airbnb and told them I wanted them to ask this guest to leave because she was complaining about something (the noise from a bathroom fan) and insisting I have it fixed, but actually there was nothing wrong with the fan and that I wasn't going to spend hundreds of pounds on an electrician to fix something that was fine and had caused no problem to the hundreds of other guests. The rep thought that was completely reasonable.

What I didn't explain was that the fan issue was simply the straw that broke the camel's back. The guest had been problematic from the very start. She had been staying for a month by this point and I'd had enough of her harassment (and it was harassment - she was sending me nasty messages at 3 or 4am).

However, two things happened. Firstly, the rep told me the guest had contacted Airbnb a week ago to complain about something (the exact moment that I had told her she couldn't have another person 'move in' to her room and 'split the rent'). They wouldn't tell me what it was, but as they never contacted me, nor opened any case, I assume they realised too that she was irrational and unhinged.

Secondly, the rep checked the message thread. This is why it's SO important to have everything documented in the Airbnb messaging system. They always check this before doing anything. From there, the rep could see all the crazy messages from the guest and the problems I'd had with her previously, including something about a condom and unauthorised overnight guest. This was deemed as totally unacceptable and the rep agreed to contact the guest and ask her to leave.

I offered to refund her the remaining unspent nights. The rep told me that was kind of me, and that I didn't need to do so, but I didn't want some lengthy case, which no doubt could drag out until the end of her stay. I just needed her out of my house and out of my life. She left willingly. I don't think she was expecting me to offer a refund, which is probably why she tried to make up some sort of bogus complaint.

To be honest, this guest shot herself in the foot. My messages to her were polite, professional and calm at all times. Her messages to me became increasingly bizarre, hysterical and personal.