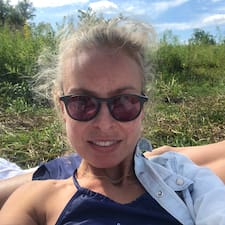 Hi everyone, I just had a really negative experience with Airbnb and I’m wondering if anyone has had similar or can tell me where I went wrong. I had a guest lock themselves out of my house at 2am. She ended up breaking an antique wooden door, to regain entry. I found out the morning she checked out and I had someone checking in that afternoon. During the 3 hour cleaning window I got photos. I started looking for someone who was available to do the work. We coordinated our schedules, I could only have him come on a day when someone was checking out/in. He came days later. And then told me he would be back to sand and paint. Once again, we figured out when he had an availability on a day when I could get him in. And it was a week later. Later that day, once I knew the cost of the work (including materials) I submitted a claim. The renter refused to pay, which I knew would be the case. But didn’t deny that she damaged the door. So I asked Airbnb to pay it. They denied it based on the fact that I didn’t submit the claim BEFORE the next renter checked in. Given that someone checked in 3 hours after her, that would be an impossibility. I don’t think I had even found anyone yet, to do the work, I was waiting for calls back. I appreciate that they have created this rule to protect the renters. To make it clear who in fact was responsible. But A. I had no knowledge of this rule and B. It puts us in a position where we have zero time, and it would appear gives them an out. Would love to hear your thoughts, thanks!

@Natalia974 It’s a good idea to be familiar with all AIrbnb policies ahead of time so you’re prepared to proceed properly, when the time comes. Same day turnovers are problematic when things go wrong, that’s a fact. Having said that, you could have started the claim process within the timeline even with just the photos and a rough estimate. This puts the guest and Airbnb on notice.

So you’re saying you don’t have people check in if someone is checking out? I can’t imagine how to avoid that? I’d have to block out half the month. It never occurred to me to start a claim with zero concept as to how much it would cost. If you estimate too much you start a hostile back and forth with the renter. If your estimate is low, and the renter pays it. I can’t imagine the backlash of having to approach a few weeks later and say sorry it was actually $150 more. They would just say forget it. It’s lose lose this way. I waited til I had the bill and I submitted.

As @Colleen253 said, important is to initiate the damage claim before your next guest check-in.

The first step is to take photos and to send them to your guest with a few lines like "Hi XX after your check-out we found damage on the entrance door and here are the pictures. We are unable to get an estimate for repair today but will get back to you as soon as we get it. I hope you will be so kind to pay for the damage... etc.."

We had a few damages and get paid by Airbnb within a few days, but all of them were less than $200 and before the Covid era.

@Natalia974  No, you don't cancel the next guest. You just have to report the damage, along with photos, to Airbnb before the next guest checks in- in other words, you initiate the claim. You don't have to put a dollar value on it at that point.

You can submit further documentation when you get that gathered.

None of this means you will necesarily get paid out, so you need your own str insurance.

Interesting. Because when I did put in the claim it said the guest has 72 hours to respond. So what if I have renters staying there for the next 72 hours and can’t amend it to put in the dollar amount?

@Natalia974 No, all I said was it's problematic. You need to be ready to act quickly to get a claim in all while turning over the space for the next guests. Having a clear understanding of the terms and the proper procedure to follow helps.

Note that there is provision in the HG to be paid for a lost booking should you have to cancel the next guest if the space has been rendered uninhabitable by the outgoing guest. I suggest you read the HG terms thoroughly. So many don't read the HG and then, unsurprisingly, experience failure when making a claim.

The house has four doors. It never would have occurred to me to say it was uninhabitable and ruin people’s vacations so that I could avoid Airbnb denying my claim! That’s crazy

@Natalia974 That’s not what I was suggesting you do, at all. I was merely telling you that the provision exists in the HG, should it be necessary. Honestly, please just go familiarize yourself with the terms. 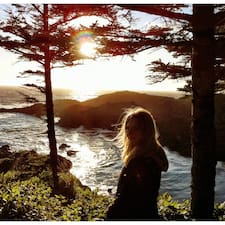 She put the renter on notice through messaging and photo evidence and letting them know the claim is coming.

@Si6  That doesn't qualify as accepted protocol. The claim needs to be reported to Airbnb.

@Si6  But the OP didn't do that before the next guest checked in, which is the protocol that needs to be followed. She didn't do it for what sounds like about 10 days after the guest checked out.

The guest sent me photos and messaging saying “I broke the door” I didn’t realize there would be any question as to which guest was to blame!

Right. And if I had started the claim with no dollar amount how would that work? It says they have 72 to respond to the claim. I had someone staying there for 72 hours. I had to work with my existing schedule and the times that the handyman was also available. It’s very difficult to get someone to come between 12-3:00 that’s the middle of their work day. He ended up coming on a Sunday 12-3, bc it was his day off.