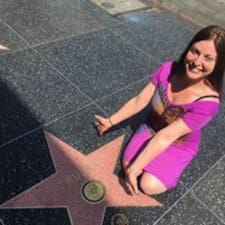 For those of you who didn't hear, Jersey City is fighting hard to impose strict Airbnb regulations that would limit people from renting spare space in their homes and apartments. Today, residents will be asked to vote via a ballot initiative. While I am not in the immediate area, I am close by. I do think that it is unfair to regulate how people use their rented spaces, and this would create unfair bias against those who rent to afford to stay in Jersey City. While the ballot initiative claims that it will support the local residents by helping regulating rent, the issues that resulted in unaffordable rent are unrelated to Airbnb, and Airbnb simply provides an opportunity for people to use the resources that they have available to them. Essentially, I think that only developers will benefit from this ballot initiative, since it won't stop rents from being driven up, and this means that Jersey City residents will likely be displaced by wealthier New York City residents. As such, my thoughts are with the residents of Jersey City today. Hoping for the best!

All the best @Cheryl389 from across the miles in Auckland, New Zealand.

Agree with your comments re unfair bias, it's the same everywhere as it's been based on flawed Academic Research practices and question samples worldwide.

@Cheryl389   The referendum lost by a huge percentage, about 70% voted 'yes' for major airbnb regulations:  renters can't airbnb any rooms even w/landlord permission, no airbnbs in a building with 4 or more units [assuming there is no back door there for owner occupied condos], a max of 60 days unless the owner lives on site, yearly inspections and permits at a cost of almost $1K to the host.  Airbnb allegedly spent $4.2M on this, but as a resident, I thought their campaign was poorly managed in terms of resource allocation.