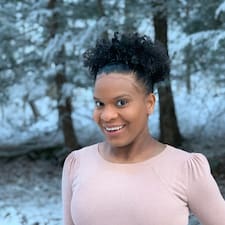 I have being hosting since October 2020, 2 rooms out of 4 bedrooms in my house. My HOA is now fining me and charging me fees as rentals, saying I’m supposed to register my tenants etc before they stay.
they are charging me based on the number of reviews I have on the site. Fines plus fees multiplied by the amount of reviews. I disagree with this. They quote the rules and regulations which mentioned submitting a form for members intent to rent prior to each rental and submit to the admin office. Anyone experienced anything like this, Does doing Airbnb qualify for this type of rental? I need some legal advise because they are fining me over $7000.

@Janine243 yes, you do need legal advice. I suggest you consult an attorney to get it.

Airbnb won't help you with this; their terms of service are clear that hosts are solely responsible for establishing the legality of their listings and complying with local laws.

if so I'm not sure legally you have much to disagree with your HOA about but do seek legal advice .

@Janine243  My guess is your HOA will negotiate down the fees, maybe even waive them, but you will have to stop doing Airbnb and it absolutely is your responsibility to know what the HOA rules are and either abide by them or get an exemption.  As others have said, you are going to need to consult a lawyer who has experience with HOA type of cases.  Good luck. 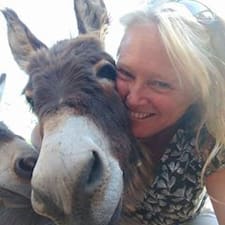 Does anyone know if a 30 year old CCR that states no commercial business or rentals in CA applys to California?

HOAs can be incredibly difficult to deal with.  I am fortunate to live with one which doesn't charge fines (yet), but rather sends escalating warning letters eventually leading to a property lien if the problem isn't fixed.  My own AirBNB experience was resolved with a phone call where I explained the circumstances of why I was renting rooms, which was essentially connected to a nasty divorce and an agreement for me to keep my house.  The HOA knew that if they played hardball I would have my home seized and they didn't want that because then they have one less paying dues member and a vacant property for months until a bank auction.

With that said its critical to know the HOA rules especially if you live with an HOA that likes to fine people.  HOA fines also might be illegal within themselves, especially if its proved the HOA is trying to make revenue.  Also, if they did covert investigating to identify your AirBNB property listing, had people stay there falsely to establish it was you and your home, then that is a serious invasion of privacy.

For all those things, definitely get a lawyer.  Preferably try and find one who will not work hourly but rather a percentage for a countersuit towards the HOA.