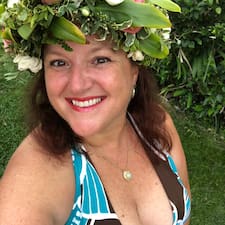 @Robyn15  Aloha my fellow Kama'aina.  This is a very good question.  There is a two part answer to this.

Yes, Airbnb is collecting a tax from each guest who books with a Hawaii host which is listed in their detailed pricing summary in the confirmed booking email, but its only being collected as $1.  Which is in no way equal to the 9.25% Hawaii Accommodation Tax that is calculated/collected by each hotel and bed/breakfast home.  However, it was certainly a way for Airbnb to show the state that they could collect a tax, and be upfront about it with their records. I can share with you that Expedia recently was sued and judgement was granted for $330 million dollars for all the tax they collected from their customers but never turned that tax money over to the State.  Several hosts are still collecting that from their guests in their nightly rate or collected in person as stated in their profile.   Myself, I called Airbnb to speak with a Manager to get clarification on this tax issue since we all want be right with Uncle Sam....haha

Check out Mondays article dated March 6, 2016 of Star Advertiser which you can also find online.  There is some information about Bill 2693 and House Bill 1850 being voted on which would allow Airbnb to legally collect this necessary 9,25% tax which is of course supported by the Department of Taxation for Hawaii.  However, the bill has only passed in the House.   Both bills are advancing but this is in no way a loophole to not pay the tax yourself at the State Tax office on Punchbowl Street or mailing it in with the appropriate tax form reporting your quarterly income.

Its important to understand that the State of Hawaii and the City of Honolulu zoning laws do not agree with each other on the legality of Airbnb.  However, it is the sole responbility of each host to have a GE License Tax No and a State Accommodation Tax ID as well in order to pay your fair share of the taxes for this income through Airbnb.  However, keep in mind that its hard to pay a Transient Tax when the Honolulu permit office hasn't issued a single permit for a Bed and Breakfast venue since 1987, making it extremely hard to do business as as legal Bed and Breakfast.  Even though hundreds of applications have been submitted.  Makes me think of that saying..."Why teach me how to swim if you are just going to tie my hands behind my back".  But that's Hawaii for you. Hope this answer was helpful.

Side Note: Did you know that Mayor Cardwell threw $300,00 of our hard earned taxed dollars into that very same permit office to hire more inspectors?  These are the same inspectors who are now approaching the many homes of Airbnb Hosts to make sure they are following the laws of vacation rentals?    Go online and read the latest articles/videos to come out since January 6, 2016.  Its outrageous.  Rumor has it he stole it from our Hurricane fund....makes me seriously nervous since we haven't had a hurricane since 1991.   Yikes.

But I still consider myself very #LuckyToLiveHawaii 🙂

If you feel that me or another host have helped you, feel free to click on the "thumbs up" button at the end of any post. Thank you so much. 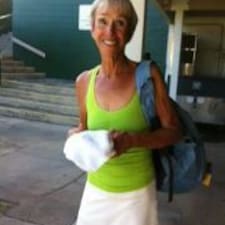 Why can't airbnb collect the 13.42% Hawaii Excise and Transient tax and send it to the host.  I pay monthly to the State of Hawaii.

What I do not like is I have hear that even though I have grossed but the price of our rental to cover the tax that at the end of the year airbnb will be sending me a 1099 that shows the tax as revenue.  That is not correct, they need to change the form for all accommodation in the state of Hawaii and send us the tax as a non revenue amount.

I have only been on airbnb for 2 weeks so really need help here. 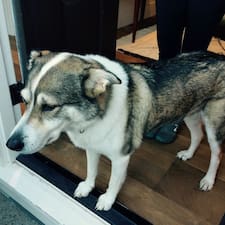 You make an excellent point.

I think I have a way to avoid overpayment of TAT/GET (see my conversation with Larry elsewhere in community).

But, I hadn't thought of the 1099 which surely poses a problem at the Tax Department.  Airbnb will report in the 1099 what they paid the Host.  The Host (if they are like me) will pay taxes computed against a lower amount of Gross Income disclosed using the "Visible Pass-on" guidelines provided by the Tax Depatment (see my note to Larry).

The Department may determine a mismatch between the 1099 and the Host's filings.  I doubt that, but if the 1099 result affects your income tax computation (as separate from your GET-TAT payments), it could be a problem.

In that case, you should check around with a Hawaii resident who pays income taxes.

Thanks for this useful information, where can I see your conversation with Larry elsewhere in community? Have Visible disclosure worked  for you?Have you filed your taxes ?

Yes. Have been reporting TAT  & GET  since CY 2016. Now online forms available. They calculate, I print, sign and send.

Quick couple of questions for you, since you appear to know the tax situation here in Hawaii fairly well 🙂  (thanks for doing all that legwork!)  First question, do I have to apply to state of HI for my TAT and GET license?  And, do I count my cleaning fee into the total to be taxed, or just my nightly room rate?  Mahalo for any help with this!

Dean11 in
Shanghai, China
Level 3
I'm not a pro...just a landlord taxpayer.
So, I'll just tell you what I did.  I have been a long-term registered GET taxpayer and do have a GET license.  I keep a copy of it in the apartment I rent.
That leaves the Transient Accommodations Tax Registration.  Yes, you must register even if the short term rental is an occasional practice. Proof lies in the license issued by the Tax Department.
Now where to register?  I went to the web and searched for the Hawaii State Tax Department.  Look for "Transient Accommodations Tax I.D."  I'm sure you can obtain the GETax license in the same way.  They are both a one time excercise and I keep copies in the apartment - not visible - but in convenient drawers.
Maid fee.  My understanding is that maid fees paid by the tenant are subject to the TAT and GET.
Hope this helps.  Dean
1
Reply
Loading...

I realize your post was back in October 2017 but hoping you will see this & reply.  I am new to the vacation rental market here in Hawaii & have just encountered the TAT & GE tax issue.  Can you tell me what form you are referring to & how I can get it online? 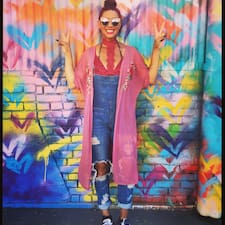 Hello you have to go onto Hawaii tax online and fill out paperwork it is super easy I just did it. It cost 25.00 to pay online. General Excise Tax and Transient accomodation tax. here is a link to help explain what it is.

I thought it was illegal to do Airbnb in Oahu.. Not sure anyhow hopefully I helped you a bit.

I’ve looked everywhere online trying to find the link to apply for a Hawaii tax ID in order to pay the TAT and GET tax. None of the links I find bring me to the application to apply for a tax ID. The link you’ve provided above no longer works because I believe there have transient tax law changes. I don’t live in HI, but have purchased a vacation rental condo and need the ID to pay the taxes. 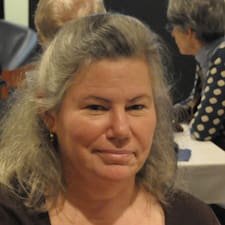 Good question... did you get any feedback?

I just started with AirBnb and want to be sure taxes are paid to state.

Their reasoning may beclear but following the reporting trail of logic becomes a little slipprey.

Keep in mind the definitions of "gross rental income" on P.1, and the use of "Visibly passed on" taxes on pp. 2,3. This will allow you  to minimize taxes for which you are liable.  Reporting methods and qualifying requirements are explained.

I have just completed filings for CY 2016 and am waiting to see if the Tax Department will distinguish an expected difference between the 1099 reported by Airbnb and the Gross Income reported as visibly passed on under my returns.  Let's see what then State Tax Collector does to me.

Please keep us posted on how your 2016 filings played out.