Host Ripped off my money and Airbnb is cheating customers.

People who goto Airbnb are the ones who wants to save some money behalf of paying hotel, Here is my story.

I was new to NYC and was staying in hotel wanted to move to Airbnb till my company changes the hotel as it was full i booked a place in queens which said 70$ a night with a sharing condo it was expensive but i took it as i just come home to sleep and it was temp.

I am sorry to say this she used to come home fully drunk and it was not a bed it was a condo i had a sever back pain as it was airbed for 348$ i was such a fool as i didnt know the place it was hard time to get ripped after 2 nights i was frustrated she was so dirty no was i could stay i complained Airbnb about it and sent pics she complained back saying i took her keys she lied to throw back.

When i asked what about money she asked me to walk out of the house at night completely unplanned as my 3 days completed as per Airbnb.

I had to find a place for me immedatedly it was late night by the time i reached hotel it was 12 midnight.

I told her *** one day it will come to you for sure god is never blind and walked off the apartment when i came down stairs secutiry said what happened i said the story he raised a complaint on her as it was illegal for Airbnb.

After speaking to Airbnb on Aug 29 2016 they asked me for the photos and all I asked for the refund they discremnated me as a raciecst they supported Host and said sorry i was so frustrated i couldnt leave this issuse i took ot forward to Airbnb CEO Brain i got a reply saying 70$ refund and not sure why they charged 248$ again not 4th Oct i check my acount they have chared 200$ since she complained that i took her keys.

So [personal information hidden] please tell me why are you ripping money from customers who are poor.

I need justice i can come and talk about this anywhere 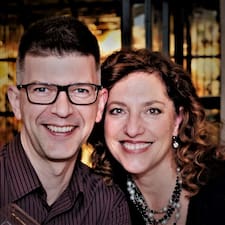 Sandeep - you need to read more about how Airbnb works in the Help Center.  https://www.airbnb.com/help/article/241/i-m-a-guest--what-are-some-safety-tips-i-can-follow

Alice i checkwith them they are not responding my mails , Requesting them to call they are not and its after 2 months they have deducted 200$ from account.

I dont know whom to contact i am planning to goto a Attorney.

The Twitter option works quickest or else use the phone numbers in that link.

You may need to work with someone who can help translate for you.  It is very difficult to understand all of what you are saying in English unfortunately.  Use the call center to help you.

Sorry to hear about your experience. Try reaching them via their Facebook or Twitter if they are not returning your calls

Just a hint for you - try to approach them in a calm and rational manner - state in factual terms what happened. Provide photos of the apartment to back up your claim that it was dirty, not as described  in photos/words and that you had an airbed (were you promised a real bed in the description?). Hopefully at the time you called BNB to let them know what was happened so they have a message trail to reinforce what you are saying and you also left a review of the host.

Talking about racism clouds the issue. I am not BNB's biggest fan but they have invested heavily in trying to ensure guests are not descriminated against.

BNB can work well but certain issues are what we call red flags - a host that asks you to pay in cash and not to tell their apartment building they are letting through BNB is clearly breaking BNB's rules and the rules of the apartment they live in. So should have sent out some sort of warning to you that they were likely not to be a good host.

I hope you enjoy the rest of time in NY. Next time if you want to use BNB look for hosts with superhost rating. Read their reviews and description carefully and talk to them before confirming your booking to see if there is a good fit. BNB now has business lettings - so next time let your company book one of these for you.

Thanks I have provided all the pictures not sure why they didnt reply on that but else they said It was a mistake why did you ageree to pay by cash since i was first time Airbnb i agreed what the host said.

@Alice Sorry i was so much hurt i would have made mistakes in my sentences.

Will post on the tweeter request them lets see what they have to tell.

They are not responding because they don't care. It's a whole do as I say not as I do thing. You have to treat everyone with respect but they don't. And you can't sue them but there's arbitration.

Same happened to me booked for 19 days athens rude from start greeted with a telling off why are us British leaving the EU ? We had just got off a flight we didn't  hear that ! After finding a comdom rapper under the bed that was a indication of dirty she said she sent a cleaner up to clean surley this should have been done be4 ? Air bnb took her side took my money £894 she gave back £220? We stayed 3 nights joke ? **** RUDE RACIST & a FAKE MONEY GRABBER she even bad mouthed us we couldn't even get another bnb we did dream of it SLANDER another thing she coated us on feed back how disgusting

did not show us anything? She was a MEP ? Her place was a death trap fire escape was blocked up for a bathroom to be fitted

Yesterday you did not confirm the booking of the accommodation from the owner Eugene.

You retained 30,000 rubles for the first reservation, although your specialist (speaking with an accent) canceled our reservation.

Then your company has twice charged my card for the reservation of accommodation from Evgeny. You retained 6733 rubles twice!!!

You never returned the money.

I was forced to stay on the street with the disabled child!!!! almost until 2 am on August 17, Moscow time.

For 4 hours your company literally scoffed at us, demanding more and more new documents and not taking into account that I already sent them many times.

Your promises to call back and solve the problem you have not fulfilled.

I demand either confirm the reservation I paid, or immediately return my money to my card * 4722, from which you quickly and easily wrote off my money.

Otherwise, I will go to court. And besides compensation for moral harm you will pay interest for using other people's money.