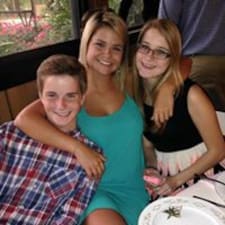 We have had a long term guest for 60+ days with 30 days remaining. We’ve had numerous conversations with him about cleaning up after himself when using the kitchen—we allow kitchen use. He constantly leaves food on the counters and in the sink.  He doesn’t wash his dishes and he doesn’t put them away.  I gave him a written notice today that if he could not comply with the house rules of cleaning up after himself, we would have to ask him to refrain from using the kitchen. He argued and said the food wasn’t his—my husband and I do not cook nor eat at home, so it’s not really up for debate as to who is leaving the messes.

This tenant has also told me that he believes he is a guest and should not have to clean up after himself.  He also believes that it is my responsibility to provide laundry soap, dish soap, and various other consumables because it’s a “B and B”

Well today, after he received the written notice and argued with me that he’s not the one leaving messes, he called Airbnb, asking for a refund of 1/2 of the cost of his last months stay.  Customer service called me and said she agreed with me that he is being unreasonable and that he needs to clean up after himself. She said she would deny the request for a refund—and call me back. 8 hours have gone by and no one has called. I’ve called customer service and got no where.  I did just receive a message saying that they would be in contact but nothing else—which has me worried!

The guy doesn’t want to move out—he just wants to stay here for what amounts to $16 a night, and not follow our house rules.  He said that I never specifically told him that he should clean up after himself and then contradicts himself that he messes being left aren't his anyway, so it shouldn’t matter.

We are at our wits end with him. Other house rules he has broken—he has taken our dogs out of the kennel and walked them when we weren’t home-at least three times—even though it’s explicitly in our house rules to leave them alone.  He demanded we fix the dryer immediately when it broke because he “is entitled to laundry facilities for free” (it was fixed within 3 days-but he was openly furious and demanding that it be done sooner and he actually used the dryer while broken causing even further damage. ).

we allowed him space in the garage to store his bicycle—as a courtesy.

he overfed the turtles and caused a massive clogging of the turtle tank that resulted in having to replace the filter system and do a major water change after five days. (He fed them an entire container of food in five days).

he insisted on having an antenna put on the television because we don’t have cable—clearly stated in the listing—which resulted in us having to take the tv off the wall and install the antenna and rehang the tv.

This is just a partial list of what we have done to accommodate him.

Ive never met such a demanding and unappreciative person in my entire life. I’m a psychologist by trade and my husband is a paramedic. We are by nature, patient and giving. Will Airbnb give him $500 refund and allow him to stay here another month? 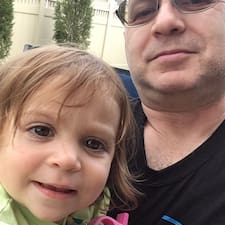 @Tracy210so sorry you have to deal with this! it is tough to have a stranger in the house. No refund is due!

@Tracy210   I have to ask why you have put up with this jerk for 60 days? Most hosts would have had him booted out after 1 week of this behavior.

Great question! Because of course none of these things happened right away.  They were all gradual, most of them happening starting at the halfway mark. My husband and I went out of town and my daughter stayed in our absence  with the dogs.  He walked all over her.  That’s when he used the broken dryer (despite a note on the dryer, her telling him not to use it and a text from me) and he walked the dogs while we were gone and really started leaving his stuff everywhere.  I came in early and the kitchen was covered in his stuff.  When I got back is when he told me that since I clean up after my husband I should also clean up after him and in the same breath said he doesn’t leave any messes! I’m just annoyed that customer service hasn’t called back and we all know how tenenat friendly they are!

oh—he also did a change of address to our home without discussing it. We get his mail now.

@Tracy210  I would insist that Airbnb cancel the rest of his booking immediately and find him another place.

From what I read here, customer service rarely calls back when they say they will, if at all. Try contacting through Twitter, I hear that gets the fastest results.

What happens when they rehome him?

Does he get to leave a negative review? We are new to this—trying to establish ourselves, although I believe this might be out last situation. We’ve had three people before him, all wonderful experiences, all long term stays.

@Tracy210   I find your priorities to be rather strange. You have an obnoxious, entitled jerk staying in your home, but you'd rather put up with it than take the chance of him leaving a negative review? He's very likely going to leave a bad review regardless, because he's an obnoxious, entitled jerk. You could kneel down and kiss his feet and he'd still leave a nasty review.

You need to sit down and concisely list all the house rules and entitled and rude behavior this guy has subjected you and your daughter to, make all of this clear to Airbnb, get him removed ASAP and worry about any review he might leave later. You have grounds to get a possible negative review removed.

And Dawn is right - long term guests can be an issue as far as landlord/tenant laws go.

You'd be way better off with short-term renters. 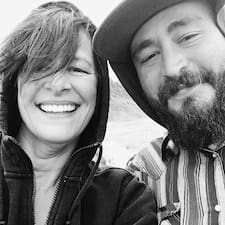 Why in the hell do you put up with this? You are to blame for enabling this behavior. Call Airbnb to find him another place.

Hope Florida doesn’t have tenancy rights or you might not be able to get him our.

I’m not sure If some of you mean to come across as so judgemental and harsh or not.

These issues all cultivated in the last several days, they were otherwise minor annoyances.

We were trying to take the high road and not be unreasonable. My priorities are not strange and there’s no need to place blame. I’m happy to taken responsibility for being accommodating and being the better person.

i have reached out to Airbnb and asked about rehoming home. I don’t think asking more experienced hosts about the process is showing strange priorities.

@Tracy210  Sorry if you find us judgmental. I didn't say that asking more experienced hosts was showing strange priorities- being more concerned about a bad review than a horrible guest in your home is what I was talking about.

The guy is unreasonable. Being reasonable with unreasonable people, in my experience, accomplishes nothing. You said you are at your wits end with him. So sorry if I misunderstood, but this doesn't sound like he has only until recently been a "minor annoyance". You even took the TV off the wall and installed an antennae and then rehung the TV for someone who is paying $16/night? That's not accomodating- it's ridiculous.

Guests are not gods who we have to put up with. You are hosting in your home. It is your home, your rules. Enforce them, and if a guest refuses to comply and ignores directives like not taking the dogs out, get the guest removed. As you said, you've had lovely guests before, you don't need to put up with people like this in order to establish yourselves as hosts.

If you want to be successful at this.... then yes guests are God’s...

@Lloyd12  No.  Guests are human beings,  just as hosts are. Mutual respect is expected. If you want to pussyfoot around your guests and kowtow to all their unreasonable demands, that's your choice, but personally I wouldn't allow myself to be disrespected in fear of a bad review.

And my personal experience in dealing with people in all walks of life (and I'm 68, so I do have some years of experience) is that demanding people will continue to take advantage as long as you allow them to. When one is polite, but firm and clear about boundaries with such people, amazingly enough, those people often suddenly respect you and even like you more, so not necessarily resultant bad reviews. These people are used to being petty tyrants- they are like children who were allowed to rule the roost, when what they really wanted subconsciously, was for the parents to be in control.

In no way, did we pussyfoot around him.  We have been firm, and polite from the getgo.  I think us being out of town allowed him to think he could rule the roost and he didn't adjust so well when we returned.  Even though my daughter was here, she's younger than him, and I think he assumed he was in charge.  This man is 58 years old, and now attempts to argue with me daily about anything that I say to him.  The last 5 days, since returning from my second trip is when things have just become unbareable.  That is when I got Airbnb involved.  It's going on 28 hours and they have been useless. 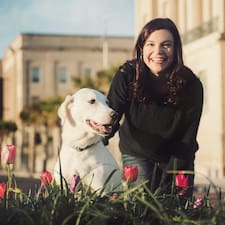 @Lloyd12I am a very successful host, and my guests are not Gods.

Hosts that cannot discern the difference between a mildly annoying, high-maintenance guest and a guest that is just plain disrespectful are not going to be successful. They are going to be working very hard, for very little.

The first type, you graciously accommodate through gritted teeth to the best of your ability. The second type? You kick out. Immediately.

Hosts that have no concerns other than being scared of a bad review here and there, are not going to be successful.

He's going to leave you a bad review whether you get him out or not.

If I had a guest who was putting my pets at risk, that would be the end, right there.