How To Handle A Loyal Guest Breaking A Rule 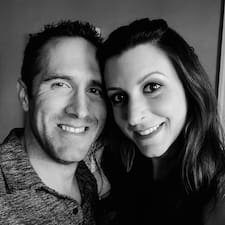 Thanks in advance for reading.  I'm a very non-confrontational type of person and don't know how to handle this specific situation as it's never arised for me as a host.

I have a ~400 sq ft studio guesthouse and have been a Superhost for the last 3 years.

I have a guest that's been coming to my listing for the last 7 months.  She comes and stays for about 3-4 nights every few weeks as she owns a CBD shop here in town and lives a few hours south.  My place is listed as 'no pets', but I made an exception to her bringing her dog because I wanted the consistent income from her, assuming she stays loyal to my listing.  I've met her once and we chatted for a couple minutes -- seemed very friendly and nice.

I kind of assumed she was a smoker/vaper based on the kind of business she owns, as well as leaving behind a marijuana leaf gold necklace one time on the nightstand.  But I never really cared as she's never left the place smelling like marijuana.  Until this last visit.

My place smells very strongly of marijuana after her recent visit and I don't know how to handle it.  Mind you it's been 2 days -- I've tried essential oil diffuser, open windows, ceiling fan, bathroom fan and febreeze to no avail.  Also washing all the linens and frantically trying to figure out how to remove the smell before my next guests arrival within the next day.  But that's beside the point.  Oh, I also have 'no smoking or vaping' in my rules.

What should I say to her?  What would you do?

@Lindsey285  I would just be straightforward- speaking to a guest about something doesn't have to be thought of, or experienced as confrontational.

If it were me, I'd say sonething like "Hey, XX, there's something I need to talk with you about ("with", not "to" indicates a conversation, rather than a complaint).

I have assumed you're a vaper or pot smoker, due to your business, and I don't have an issue with that, because I never detected any odor on your previous stays.  But this last time, for some reason, the smell was super strong, which is really unacceptable for me as a host, as the next guest might likely complain. It took me days of airing the place out and washing everything, and the odor was still strong.

I'm not sure what you did differently this time, but I can't have this happen. As you know, my listing is no smoking, so as long as you indulge outside, that's okay, and maybe keep your laundry in a plastic bag in case that's the source of the odor.

You've been a good guest other than that, so I hope we can work this out."

@Sarah977 Thank you so much, Sarah.  I love your advice and your response is absolutely perfect.  I feel comfortable saying all this to her.  I really appreciate you taking the time to respond to me.  Thank you!

@Lindsey285  Maybe even suggest to her that she just stick to edibles if she wants to get high while she stays at your place. 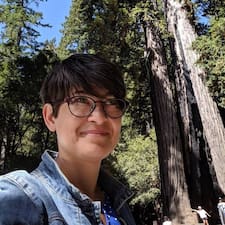 Well, I will consider to decorate a cozy corner, get a out door comfortable arm chair and a small side tables displayed next to the front door at the outdoor entrance. I will also add some plants in the entrance  area.
In the listing announcements, I will post the photos in the listing announcements of outdoor area indicate as a smoking area. Also, keep a few sign inside the studio,  on the wall  “ Dear guest,  Thank you for not smoking inside studio. I’m much appreciate your cooperation .”

Then following with the subject, and hope she not smoking inside the studio and point to her the sign.

That I can possibly to do it for a loyal guest !

And really hope she will like it’s. Well communication with her and really wish she could cooperate and observe the internal rules.

There is no way of sugar coding it, because IF you don't get your point across, it will not work anyway.

"Hi 'X', I have noticed that the last time  you stayed, an 'X' type of smell lingered and some of the guests after you picked up on it and were very touchy about it, so lets try something new that would work in the long run. (Borrowing from Dale711's idea above) - I have added (or suggest) a place for you to smoke outside and let's see how it goes."

If the guest just nods I change the conversation, to let them save face. Even if they feel manipulated,  so what. I don't square to people, I try to usher them along my way with enthusiasm; if they go along great, if they are not willing to do so is not going to work out. Nothing has to be.