How are you dealing with refunds? 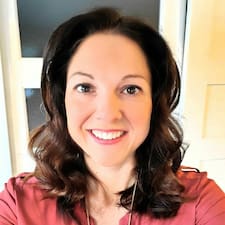 I've offered full refunds to anyone who booked my summer cottage, regardless of when they booked. I just had someone cancel a July reservation: no problem, I said I'd go ahead and refund in full. They weren't entitled to a full refund automatically when they cancelled because they booked after March 15th and my cancellation policy is strict: the system was only giving them 50% back.

So I went to the cancellation email and clicked the button that said Refund guest in full. No problem, or so I thought. However, I got an email shortly after saying that I had refunded the guest and  about $826 would be taken from my next payout. Again, I haven't received a payout from this reservation because it doesn't start until July.

I was pretty worried, so I sent Airbnb a message on Twitter, asking them to confirm that the guest was just being fully refunded my portion of the payout and that no money was being taken from my next payout: I just wouldn't receive the payout in July. I would have thought that was a straightforward question: apparently, not the case. The Airbnb rep said that they couldn't tell me how much of a refund the guest was going to get, because it would violate guest confidentiality. I tried to explain that I didn't care specifically how much they were being refunded, just that the amount wasn't being deducted from my next payout. Absolutely no dice: the rep just kept repeating that they couldn't disclose that information because it violated guest privacy. "Computer says no." It would have been laughable if it wasn't so frustrating.

So I called the Airbnb Superhost support line, and I was told that no, the money would not be taken from my next payout. I also got that in writing from them, and I took a screenshot to CMA. However, I'm nervous that it's going to come out of my next payout anyways. Has anyone else experienced this?

i have also experienced this and had a similar turn of events and feedback- right now, I have just given up. I doubt I will be hosting till herd immunisation has been achieved- am doing LTR as it’s easier given the situation Europe is facing.
Closer to the cancelled reservation dates will check back on this and see what happens.
Good luck and stay safe!
Yadira 🙂

@Yadira22 Thanks, you too! I used @Fred13 's tip of checking upcoming payouts and in my case, all does seem to be well. Maybe take a look there also to see what it says. Hopefully everything goes through as intended.

For my home property, I've also changed my hosting a lot. I'm only accepting reservations from people who are looking for longer stays. It's a separate apartment, so it's pretty safe for me, thankfully.

@Alexandra316  Best to go by what the Transaction  History > Upcoming Payouts says, because that is what the auto-payouts computer will follow; if that looks square, that is what will happen; I pay zero attention to what 'CS #31' says, after affording them a chance to change things that is.

On cancellations, in example those slated to come after July 1st (all April & May have moved forward), I offer them this - go ahead and cancel (I will never cancel a reservation myself btw, ever) and then the person will then receive 50% or I make sure they do, and I will keep 50%, which I will apply towards any reservation they make in the future. So far, all guests have simply moved forward.

Since I am on the now no-longer-available  Super Strict 60 cancellation policy, which allows me to keep 100% if a guest cancels 60 days or less before a reservation, I do not exercise that option. I work with the guest, the objective being a reservation is best kept for me & Airbnb, and in reality the guest looses zero, and at least gets back 50% now which I am assuming they can use during these tough times.

@Fred13 Me too: absolutely loathe using the phone. In person or better yet, over messenger for me. Airbnb thwarted me there, though. I just wish their messages were actually accurate in the first place.

I checked upcoming payouts, and all does appear to be well: good tip there, thanks.

Sounds like a good solution on your policy. Hopefully everyone will either be able to come as booked, or reschedule soon. My cottage is on a resort, so if amenities like pools and beaches are closed due to the pandemic, I know people won't want to come. For me, I'd rather just have them cancel and let them re-book in future if they're still interested, but my property's not nearly as cool as yours.

I've always thought a host can't *refund* money that a host hasn't received in the first place..... I make it a rule never to agree to *refund* anything before I'm actually paid.

I make it clear to guests that I can't and won't agree to give money to guests now (e.g. from a payout due to me this month) out of my own pocket on a promise of a cancellation payout from Airbnb that might or might not show up in my account 3 months from now on the cancelled booking's check in date, and if they have a problem with how Airbnb handles cancellations, they can take it up with Airbnb. My message to guests in this type of situation has always been "I can't refund money I don't have. Airbnb has your money, not me."

If I feel any refund beyond what the cancellation policy determines is due, then I will give whatever amount I see fit BACK to the guest..... but only after I'm paid and after I'm sure Airbnb won't try to claw it back causing a double refund.

Also, you should know that Airbnb will *probably* NOT REFUND their fees. So technically, the guest will not be getting a full refund. It's a *full refund MINUS FEES*.

@Jessica-and-Henry0 Yes, I made it clear to the guests that it's up to them to take up the refund of any fees with Airbnb. I explain to them that I can only refund my portion.

I thought that was the case too regarding not being able to refund what I hadn't received, which is why I was surprised when I got the message from Airbnb. I think it must just be an issue with their automated e-mails being inaccurate. 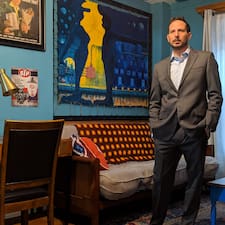 Im a superhost. Only allowing guests to cancel when they reach out to be. So far being raped on the promised 25 percent. MostiMost recent invoice.was a $66 payment on about  $2000 worth of cancellated bookings. Airbnb you're a disgrace. It's been 2 monthd and all you offer your "partners" so far is a run around and shameless PR about your "altruism" and more PR about a community that you don't give a **bleep** about.  based on my experience during this most challenging time Airbnb corporate quareentined in mansions informing us and public .of their sacrifice. I haven't seen sacrifice. Unless us hosts are the sacrifice. Btw is the $250 million from the government? If it is and it's being misappropriated or mismanaged It would seem me nothing short of federally criminal.

Time passes and truth stands in  my experience. I hope Airbn you're doing any federal host or other allocations

Above biard. Corporate or not there are those with a federal fiduciary responsibility to hosts. Do yourselves a favor and make good. I for one will not forgetan injustice. However an honest errror I can forgive. Let us hope that is the case.

yes, you are loaning that money to abb... you give them permission to take it immediately even though you haven't been paid... the computer occasionally allows the refund to not be pulled from your account, but not always

@Kelly149Yikes... really hoping that doesn't happen. Upcoming payouts seem to be as normal, so fingers crossed. I do have a new check in on Friday, so I'll find out soon enough.

@Alexandra316  Good luck!! Come back Saturday and let us know what happens please!