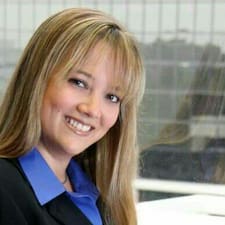 I’ve been doing Airbnb for 4 years with two properties and have definitely dealt with bad guests but never a group like this.  I would like advice on how to deal with a situation like this in the future and how you have kicked guests out who repeatedly violate the rules and cause neighbor noise complaints.

The guest booked stating they are “middle-aged quiet, respect and good people.”  The guest requested an early check-in and I gave them a complimentary check-in at 12 instead of 4pm.

The guest arrived at 11:30 and was standing at the doorstep.  I use Ring and a smartlock system.  When someone is at the door, a video pops up on my phone.

The video started playing and the guest was waving to the camera, was cussing “what the **bleep**” and “this is a waste of my **bleep**ing time” and “she’s hardcore” because he couldn’t open the door with the smartlock until noon.  (The agreed-upon and communicated check-in time.). I called him, told him I was notified he was at the door and asked if everything was all right.  I told him how he popped up on my phone and asked if he needed help.  I told him I heard him and if everything was going to be alright with his stay because this isn’t a good start.  He apologized and said this was a joke and all was fine.

I was uncomfortable and called Airbnb.  I sent them the video and asked for my options.  The rep said she’d talk to her team and get back to me.  I messaged again 2 hours later and 3 hours later bc no one got back to me.

Around 6pm the rep said her shift was ending so she would pass me to another rep who would contact me straight away.  Nothing.

Around 1:30am a neighbor called reporting noise and partying.  My listing is VERY clear that it’s a quiet neighborhood, no disturbing partying, respect for neighbors is required, and municipal code mandates quiet hours between 10pm and 7am.  I also personally spoke with this guest about the rules before his stay.

I messaged the guest and received no reply.  I called, no response.  I then sent a screenshot of the complaint to the Airbnb message thread from earlier.  Nothing.

The next morning, I texted the guest and messaged again.  Nothing.  Airbnb contacted me and it was the same rep from the day before.  She said she would call the guest.  I called Airbnb again to start a new report for the noise.

At 4am the next night, the neighbor called again furious.  Men outside my home were honking their car and there was music and loud voices, yelling.

I called the guest and left a message.  Nothing.  I texted, nothing.  I messaged on Airbnb, nothing.  I called Airbnb and was routed, 1.5 hours later to a “safety” rep.  She advised that I could cancel but since they are checking out in a few hours, it was my decision.  I am afraid they will wreck my house so I elected to just report the guest.  Airbnb said they’d conduct an investigation of the guest.

I’ve never had to kick a guest out in all these years.  I’m bracing for the condition of my home when they leave today.  Still nothing this morning.

I went back to sleep after speaking with Airbnb.  When I woke this morning, the Ring video doorbell (and other cams in secured non-guest areas) are offline and have been offline since I called the guest around 4am.

Have you been in this situation?  What would you have done?  Have you ever had to kick guests out - if so, how did it go?  We’re the guests compliant or did it get ugly?

Your thoughts are welcome.  It’s been tough hosting as people emerge from Quarentine.

Update:  they did not leave at checkout time and when my staff arrived 15 minutes after checkout time, they were argumentative and demanding for more time.  We have another check in at 4 so we said no.  They were rude to my team on their way out.

Calling CS is an absolute waste of time. Nothing good will come of that. We have once in 5 years of hosting removed a guest. That went like this “observe many extra guests arriving…. Send 6’5” adult male to the guesthouse door… hello… you’ll all be leaving now. Yes, thank you, goodbye, have a good evening, y’all take care now, bye bye”

this was btw a bunch of 16/17/18 YO kids who’d had a mom lie to me about her & her husband coming for a bday getaway and somehow she thought 50 kids in my backyard wasn’t going to be noticed. When she inquired the next morning about her refund for not staying, she got a swift, that won’t be happening.

every host has to decide where their “we won’t cross this line” resides and have a plan for how that will go. IMO an in person visit is more effective than an ABB message but you have to have the skill set to handle a volatile situation, otherwise, it’s ride it out and hope for the best.

btw, a 1* review seems appropriate for this guest.

"The guest booked stating they are “middle-aged quiet, respect and good people.”  " Red flag number one. Actual middle-aged quiet, respectable and good people would not feel the need to emphasize this. Hosting on Airbnb is all about prevention. Had your alarm bells been ringing properly, you would have declined this guest and saved the grief. You may think this line of thinking is over the top, but then again, after this experience, maybe not.

"....what the **bleep**” and “this is a waste of my **bleep**ing time” and “she’s hardcore.” Red flag number two (and red flag #1 confirmed). Did the guest on camera look or sound anything like the "middle-aged quiet, respectable and good" person you were expecting?

"Around 1:30am a neighbor called reporting noise and partying". At this point, we are past red flag stage and into red alert stage. It's at this point that you need boots on the ground and over to evict the guest. Party/rules broken = stay over. The only thing you would need Airbnb for is to formally cancel the booking, to ease the process of getting these people out. Dial them up on speakerphone while you're on your way over. Yes, I've had to do this. No, it was not fun.

@Denise405 Hopefully if you reported a party then you 'may' be able to get a bad review removed.