I am in complete shock and disbelieve...Today after hosting hundreds of guests for more than 3 years on Airbnb

and having all 4, 4.5 and 5 stars...I received the following emails ie the first email at 9am in the morning with

After calling the customer care team..how told me this is probably a phising email or a hack..and they will let the relevant team know,

No reason explenation..or anything given...after 3 years and 4 - 5 star reviews..Who can help here or let me know what is happening and

why?? Any feeback and information re who do I have to contact to clarify this situation would be greatly appreciated.

Thank you for your help and support.

Definitely call their customer servive and ask for an explanation. I did, twice. The guy knew a lot of people were getting this, it seemed for real, it wasn't a quality issue, and beyond that he didn't know. He forwarded it to another person.

If you're UK based call this number and see if you can piece together more. I wonder if it is their biggest players (in terms of days or turnover) who are getting the axe. Given London's updated legislation.

I just received another one this morning informing me that my second property will now also be removed ie the account closed, all this after 3 years and no explenation given .

I am completely shocked and confused at this is certainly not a quality issue of the listings as they are in Prime Chelsea and I can only imagine that it has to do with the large number of guests turnover and back to back bookings it is going to well so I can not "deliver the real exoerience guest are looking for as they put it"...??!!

Feeback from customer support is "sorry nothing we can do nothing to do with us its the quality experience team"..

@Patrick9 Yeah Patrick, I am puting my listing into 'snooze' for a few months until I can assess just what is happening with Airbnb. I don't know if this site has been the subject of a major concerted hacking campaign!  Everyone who seems to be associated with Airbnb denies that there are any real problems, just a glitch or two here or there!! But, there are just too many really bad issues involving this platform, and the lack of support for hosts is absolutely breathtaking. There appears to be no end to the ways they are trying to upset and make hosts, and I mean good hosts, even 'Superhosts' life difficult.

You know there is an old expresion....."be aware of the toes you tread on on the way up, because they may very well be connected to that arse that you have kiss on the way down"! This is something that Airbnb are going to have to really learn the hard way.

If they don't sort this nonsence out quickly and start to re-assure hosts that they will be supported, the mass exodus from Airbnb will be...as I said...Breathtaking!!!....cheers....Rob

This is really worrying. It appears not to be a hacker/spam but Airbnb genuinely de-listing without being transparent about why. Instead emails suggest that the host is no suitable to the 'guest experience sought' irrespective of those hosts - some with superhost status - having 4 and 5 star reviews and happy guests, no complaints reported.

It has caused mass confusion.

Airbnb need to give a clear communication to all hosts - What is considered to be an illegal listing - e.g is it

1. Entire apartment / house where host doesn't live there as their primary residence

3. Hosts in Cities / towns where their Councils set the rules and prohibit homeowners from renting their properties when they are not present, such as going on holiday and renting out whilst away

4. Hosts with more than one property listing

8. Homes that do not meet health and safety rules (smoke alarms etc)

9. Homes and rooms rented in towns and Cities that require them to have a license

Whatever the reasos are Hosts worldwide need to know

The obtuse emails being sent to hosts telling them they are being de-listed as they do not meet the standards expected by guests and then refusing to offer any real explanation or means to overturn the delisting decision by advising the host what the resason is and how they can make changes - is just unfair, distressing and disrespectful to hosts

I rely on my airbnb income and whilst this has not happened to me, I would be horrified if it did, particularly if I didn't know why and they wouldn't tell me.

I do own my own home and have a floor I rent out on airbnb with it's own street entrance, set up as an entire self-contained apartment but it remains part of the main house via an interconnecting staircase and door, where I live on the upper two floors.

I had a very busy year (until we hit Dec/Jan) and may well have had total bookings nudging or just exceeding 90 days - does that put me over the limit? When was this 90 day limit set and where can I find communication that details that limit? Is it a 90 day April to 6th April tax year limit or a January to 31st December limit.

Where is @Lizzie the UK Airbnb Community Manager - we need an explanation and assurances urgently. 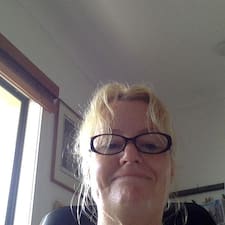 We have just had  our listing of 13 years cancelled.  wE have been removed from the Airbnb community for failing to meet their safety standards.  We had two young girls staying at our property.  Their booking was for 2 people and they brought friends along and an extra mattress.  They moved furniture on the property and left lights, fans and heaters on all day and night while they were not there.  WE live in a sub tropical location so there was no need for heaters.  When we told them off and asked them to remove the extra guests they complained and we were de listed.  13 years of excellent ratings seem to mean nothing to Airbnb.  They refuse to speak to us and have just cut us off.  Disgraceful way to behave.

@Shelley220 , sorry this has happened to you. Demand it is escalated . Try via their Twitter account as they tend to respond faster when it’s public.

Its sounds as though the girls have made a false allegation against you. You have a right to know and see evidence. How old were the girls.... perhaps if very young & you removed a guest leaving them on the street & vulnerable late at night, airbnb may have considered that wasn’t best decision.

Did you contact airbnb and report the guest breach ?

Review your communication with guest & see if you can spot anything that could be interpreted as threatening or overly aggressive?

For it to be a safety issue something serious must have been said.

Hope it gets sorted.

thanks for that, I will go to Twitter now

Airbnb is getting rid of some best hosts in LONDON!

No real reason given ... only computerized template letters ...

Looks like Airbnb has its own definition of "community"!

There never was a community. It was all marketing floks!

@Karim0 - I would put money on it that the de-listing cull is centered on hosts with multiple listings - not because they are not fabulous hosts, but because low bi-laws do not permit unlicensed holiday rentals and or the impact it is having on displacement of business for established bnbs, hotels etc and the potential threat to loss of employment or loss to availability of affordable housing rental accomadation.

That's my logical interpretation, which if correct, ABB should have communicated that. Hosts would still have been upset but at least they would have known the reason for it and the position ABB finds itself in with local authorities and housing action groups.

It is reverting back to its core brand raison d'etre - the shared economy between single home-owners and guests.

Similar thing happened to me (Amsterdam) - 83% 5-Star reviews no complaints, only glowing praise and many repeat guests.

From reading this forum it appears most likely to be some deal between AirBnB and local lawmakers.

The lack of clarity, explanation or any form of advance warning is pretty rude. It doesn't show much respect to the very people who helped their platform grow in the first place.

I've switched to FlipKey by Trip Advisor. Probably not as big as AirBnB (yet) but their system is pretty sweet, it looks to me like they're making a play for some of those AirBnB $$$ 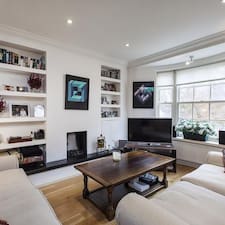 I have just read through this entire thread. Just an hour ago, I logged into my account to find virtually all of my listings de-listed.

I immeditately contacted airbnb thinking my account was hacked to be told that they have removed nearly all my listings.

I have 400 glowing reviews, all 4 star and above, a response rate of 98%. I personally meet and great majority of guests and I am shocked to find out my listings have been removed and unsure of why.

I am very concerned as I have many guests checking in/out over the next few months, I am unsure of what happens to these bookings? Have they been canclled or not?

I am further concerned about the amount of time and money I have spent reinvesting into properties to make them incredible, by adding wifi, sky tv, updating tvs, beds, linen and refurbishing entire properties etc etc.

Any help would be grately appreciated.

@Guneet0 - sorry that's happened to you. As you'll realise in this thread and in a series of others on the same subject, it is a cull of hosts with multiple listings taking place in a series of locations.

ABB have not made a formal announcement - just one to one emails to hosts facing de-listing.

The guess is that its probably all concerned with the social housing issue and or local Council laws and regulations regarding unlicensed holiday let properties.

I would imagine that ABB have cancelled all your bookings or given you a cut-off date beyond which the bookings will cease. You need to have that conversation with ABB direct to find out. Some hosts have been paid a percentage of the value of cancelled bookings but I'm not sure on what basis.

There are other platforms like Trip Advisor you can use or holiday letting agents so your investment to improve your properties won't be wasted.

Best of luck with it all

@Maxine0 @Guneet0...Just be a bit careful before going with TripAdvisor! During the process of listing your page you will probably be palmed off to one of their sister companies.....Holiday Lettings or Flipkey, and there appears to be absolutely no customer support within TripAdvisor! There entire 'help and customer support' section consists of a few generic questions and answers. There is nowhere you can contact anyone within the platform! The only possibly contact point is through their forum site, similar to this one. Although setting a page up is easy the lack of contactability frustrated me so much I removed it after a month....cheers....Rob

It is very unfair that airbnb have simply sent the SAME GENERIC email to every single host who has been delisted. I have now seen the same emails from approx 10 different hosts who have been delisted and we have all received the exact same email, despite having glowing reviews.

I will now be listing on all other hosting websites and I hope other hosts follow suit. 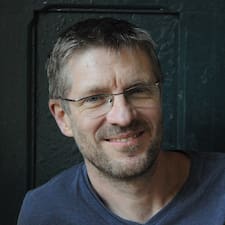 Hey Patric I just wandered if anything has changed or if you received any additional information about your delisting? I am so shocked how airbnb can do this.