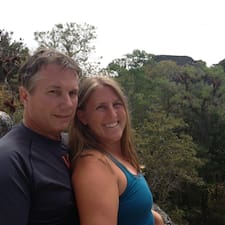 I had guests that were booked on the 12th, call me on the 5th when they were 30 min from my house asking about the door code!   The guest admitted that they booked the wrong weekend from what they wanted and didn't realize it till just then.  I was not booked for the weekend, so was able to go over and do a VERY last minute cleaning ( I had a friend over at the time and we had just sat down to dinner).  I did make a date alteration on airbnb and the guest accepted the change when they arrived.

During their stay I saw their dog off leash at least once.  I have a very strict always on leash policy for dogs, that is stated on my site and I directly told the guest when they arranged to bring a dog.  I have a cat that goes outside and free range chickens, all of which I would like to keep alive and untormented.

When they left, although they cleaned up the dishes, floors and tables were left filthy.

They did however leave a nice message in the guest book and mentioned that they would like to return.  I don't necessarily want to leave them a bad review, they werent' awful guests.  But they did rather annoy me by showing up on the wrong weekend, and I'm not sure what i have that is nice to say.  My guesthouse is a separte structure on the property and other than the interation when they arrived they did not speak or interact with us in any way during their stay.

How would you deal with leaving a review for this guest? 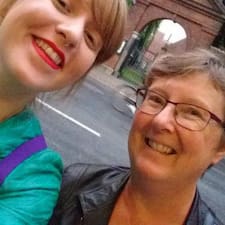 If you are 100% sure you saw their dog on the loose, I would mention that.  I think you should include the dog policy in your house rules in the future as this is clearly an important issue if you have a cat and keep chicken. 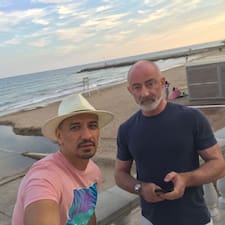 I once booked a wrong weekend in a hotel - felt totally stupid - not sure what I was thinking. I would leave that be..it happens to the best and worst of us

@Gerry-And-Rashid0 haha, I sent my first boss on a business trip on the wrong day. That was shameful !

@Rebecca2, maybe you should not take dogs. It seems irrealistic to believe that people will keep their beloved pet on a leash all the time.

You could mention that communication was a bit difficult, with an error about the date, which you could amend. And write them in private that the cleaning should be improved for their next visit.

Oof. I do the wrong day booking thing all the time. I'm really oblivious sometimes and have few cancellations on my Airbnb record (as a traveller, not a host) for getting the dates wrong.

As a host, however, I would be a teensy bit annoyed about the wrong dates. But it does sound like it worked out and they left you a nice note, etc. I would just bring up the date mix-up neutrally and only mention the dog if it was a real problem. Some dogs are really okay with other animals. I have a little Pom and she's well socialized. She doesn't chase cats and I really doubt she would be interested in chickens. That said, these things don't bother "me" but they obviously affected you, and your comfort level is what's been affected here. 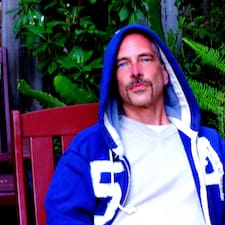 I looked at your listing , and I didn't see any special instructions to the guests about Cleaning up the floors and tables , I know for many people its common sense , but for the rest , they need it all spelled out to them . So perhaps leaving Guest notes in a Book and also on your listing requesting that guests do clean up after their stay would help . You might even consider doing a Cleaning fee charge like many Hosts do . Some guests think that any other type of cleaning up besides the dishes is yours if you don't indicate it .

Once you set Guest Expectations then you are able to better manage them .

In regards to the wrong date issue , it was a minor mistake and you of course did accept them for the newer date , so I'm afraid that you really can't ding them on it if you agreed to allow them to stay during that time as annoying as it seems .

Thanks for the responses.  I have yet to leave a review or any feedback for them, but just noticed (my cleaner didn't notice when stripping the beds) that there are cigarette burns in one set of sheets.  I do have a very clear no smoking in the house policy.

Do other hosts try to get reimbursed for damages over something like this?  If it was noticed just over a week after the guests left is it too late?  Or do you just suck it up as an expense of renting?