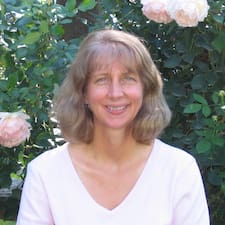 I have a long-term guest for one month.  He has been here one week so far.  I was told he was here for a teaching job.  Once he arrived he indicated he didn't have it yet.  He hasn't gone to the school because he "can't" without his vaccine.  He told me before coming here, he had an appointment to get one.  Now, he says he doesn't and hasn't ever even driven by the school yet, which is less than 2 miles from here.

HE NEVER LEAVES THE HOUSE mostly.  In 8 days he has gone out 3 times for less than an hour for more food.  He mostly stays in his room.  He meditates and chants very loudly for long periods of time at least twice a day.  His room is adjacent to another guest room.

I'm worried about his extreme introverted nature and holing up in this house.  I only take working guests for 3 weeks to 3 months, for years now.  He seems to be COVID paranoid.  He wears a handkerchief mask, which is ineffective.

My other guest is a physician and thankfully working long hours.  The doc won't wear a mask and I hope never has to endure the chanting.

I'm sick of this guy camping out here 24 x 7.  Any constructive ideas of what to do.  I'd like to move him along, but obviously can't cancel without pumishment from Airbnb.

Stories like this are why I don't accept stays of longer than 6 days.

I've generally done well with it.  I see holes in his story that I should have stopped and explored more, but was busy and knew the school and principle he talked about.  He had an agenda to hang out and seems a bit lost at the moment without a job, a car that uses a lot of gas, no permanent home, etc. Sometimes we need to snap a rubberband on our wrist and get going again. 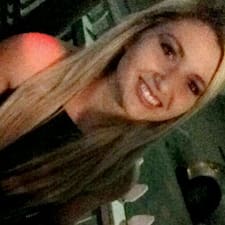 @Linda476  Have you considered that you might have a squatter on your hands?

At the risk of being accused of being dismissive, I am not imagining that. I have had well over 100 long term guests, staying from 3 weeks to 7 months, over a number of years.  They all left peacefully.  This guest has many positive reviews, left all those places without further ado. I have heard this has happened but I don't know the specifics.

I don't think there is a truly serious problem here. I worry some about the wear on the room - carpet and furnishings from someone living in there 24 x 7, but he is pretty low impact on the the common areas he uses.

Again, if something like that were to happen, it would be rare and I can't really worry on that front. As an educator looking for a job, I don't think he'd want to risk a potentially public scandal.

I don't think he is a bad person, maybe a little odder than most. But not entirely unlikeable either.

Sounds like you operate differently in the US then here in the UK @Andrea4731  where those who lodge in your home don't have tenancy rights.

@Pete69  It really depends on your location and why guests book. I live in a touristy little beach town. Most of my guests fly here internationally on vacation, or bus from another area of Mexico. I've had lots of 2 week bookings (that's my max stay) and they aren't problematic because guests don't come all this way to hole up in their rooms all day.

They're at the beach, taking surf or sailing lessons, going for hikes, taking a yoga class, eating out, checking out all the  shops and outdoor markets. Even the ones who have to work online during their trip want to be out and about when their work is done.

They might decide to spend one day at home, reading and relaxing, and a few end up with "Montezuma's revenge" and spend a day in bed feeling crummy, but no one comes here to sit in their room all day playing video games or navel gaze. 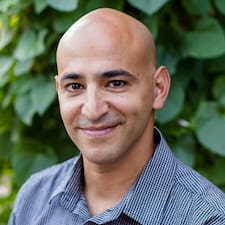 It sounds like the only issue here is his loud chanting and excessive volume/noise levels. Kindly and politely ask him to keep his volume levels down. The fact that he doesn't leave the house often doesn't sound like a problem to me, and frankly it's none of your business. So, he's an introvert that doesn't go out much, so what? Why is that a problem? What is the magic number of "Guest must go outside X times a week" in order to be considered normal? How does this affect you? Ask him to quiet down and leave him alone.

I honestly couldn't imagine keeping tabs on how often my guests leave the house. Who cares? Respect his privacy, it really is none of your business how he spends his time (so long as his volume isn't causing problems for you other guests).

Well,  thanks for your input also. The forum offers an interesting buffet of opinions, preferences, and issues. I don't generally keep tabs on anyone's comings and goings. That would be exhausting.

But I differ in opinion that it is my business. It IS a business, and it is mine. And it is my house. I believe we rate guests on communication, and vice versa. He very much miscommunicated.  Maybe lied. I doubt he sees it that way.

I do what I do. You do what you do. Sounds like we do it differently. Isn't that why we do this...because we can do it "our way".

I will live through this. I haven't decided to move him on yet. (I am certain I could)  For one reason.  It may cause significant shock for him.

He has some redeeming qualities too.