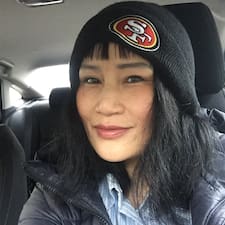 Breaking news:  4 dead, many injured in  an Airbnb party house in Orinda CA last night ( 10/31). The house is just few steps away from my second residence in the same street. About 10:00pm, My daughter and I were driving back to our residence, noticed that the street were full of cars. After a while, we heard police helicopters and ambulances arriving ....Neighboor next door told us there was a mass shooting in the Airbnb house few steps away.

The head of Airbnb trust and safety announced that  they will conduct serious investigation, according to the news.

My dear fellow host, I have been posting  many times regarding my concerns to Airbnb unsafe booking process.  My own house has been targeted several times for huge parties/criminal activities, but it couldn’t get enough attention from Airbnb trust and safety

Please protect yourself and be safe!

@Susan17 I found it interesting that the '10 day sprint' ended 15 days after it had begun (per Laura's most recent message), but it is still a '10 day sprint'. Day 15 became Day 10, as if by magic or some God-like sleight of hand. Even time itself becomes warped and distorted over there at Airbnb Corporate. And why is it that Skift journalists were updated on the action steps resulting from the 10-day sprint and we hosts were not?

@Rebecca181  Kind of like "We'll call you back in half an hour" turning into "never"?

@Sarah977 "Never" and "You can read about it on Skift, so why should we bother getting back to you?"

"And why is it that Skift journalists were updated on the action steps resulting from the 10-day sprint and we hosts were not?"

Well, nobody except Airbnb can give the definitive answer to that question, of course, but I'd hazard a wild guess that it most probably has quite a lot to do with Airbnb's notoriously cozy relationship with Skift, and the fact that Margaret Richardson, Leader of the Ten Day Sprint, along with many of Airbnb's top corporate "mega-hosts" - with tens/hundreds of thousands of properties on the platform (Vacasa, Sonder, Stay Alfred, Domio, Lyric, Turnkey etc) - are all on the podium as keynote speakers at the upcoming Skift Short Term Rental Summit in NYC on Dec 5th (tickets, at up to $895 apiece, exclusively aimed at Executives, Founders, Hotel Brands, Investors, Media, Property Managers, Regulators, Startups, Technologists and Vendors.

The Skift Short Term Rental Summit is also sponsored by Lyric, in whom Airbnb itself recently led a $160 million funding round. Topics for discussion include "The Professionalization of the Sector" and "Is the Independent Host Worth Chasing?"

So clearly, Airbnb felt it was far more important to keep their buddies at Skift in the loop, rather than update their own small, independent host community. 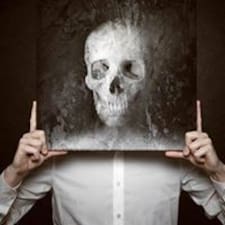 @Susan17 Wow, here's one of the few articles I could find on what's really going on at Airbnb:  https://observer.com/2019/11/airbnb-scandals-trust-economy-2020-ipo/

There is no good time to have it known that your product is rife with scams and risk for the user, or that five people were murdered at a rental you arranged, but among the worst possible times is right before you aim to make a heap of money.

One thing I know as a former (super) host: You cannot "trust" Airbnb to protect hosts or their homes from scams, abusive behavior, broken house rules, etc. Most of the time, it seems they could really care less, as evidenced by all of the 'remedies' mentioned being designed to better ensure GUEST safety.

Ah no problem, @Denis227 - I'm glad you had a busy weekend! Nothing at all for me this weekend, which is unfortunate, but nothing new either. I'll be closing down my account in the coming weeks anyway - I've only had 8 bookings on one of my listings in the past 15 months, so it's not even worth trying to keep going at this point. So much for being a 21-time superhost, with hundreds of 5 star reviews and almost a decade of exemplary service to the company, eh? 😉

To be honest, I wouldn't pay too much attention to what you read in Skift - they're right up Airbnb's arse anyway. And a lot of their articles on Airbnb are very wide of the mark, to say the least.

Have you seen @Sarah977's thread below? 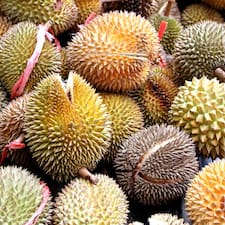 Thanks for the link to the thread. I'm  focusing  exclusively on this Orinda thread as I'm afraid my natural curiosity and the richness of the forum would lead me to spend entire days reading threads on this forum. Nvertheless, I'll have a look at this  one.

My wife keeps  asking me why I'm spending so much time writing posts  on the  host community   forum of a platform  which I refuse to use to develop  our activity ( plus it takes me 50 % more time to write in english,  compared to french ) .

I reply to her that I'm doing technological watch / intelligence in case AirBnb would decide tomorrow to  purchase,  absorb and  suppress those  platforms which currently make our living....   We have already been *bleep* once when VRBO purchased french Abritel (part of  Homeaway)  back in 2016,   and as a result  overhauled  its commercial strategy viz hosts.

So I wouldn't like the same thing to happen again with AirBnb and the platforms we are now using.

Interesting to note from the article you posted that Clara Liang is now VP and General Manager of Airbnb Luxe.

Last time we heard from Clara, as part of the June 2018 Q&A, she was a Product Director and described herself as the person who "looks after all our hosts" (although none of us had ever heard of her, or from her, prior to that event). During the live Q&A - with Brian Chesky sitting right beside her, nodding in agreement - Clara categorically stated that guests who cancelled, but had never actually set foot in the listing, could absolutely not  leave a review - and if that somehow did happen, then hosts could simply call Customer Support, and the offending review would be taken down immediately.

Some days later, Grégory, a long-time host from France and a leading contributor to the French CC, was faced with that very issue - but CX were flatly refusing to remove the retaliatory 1 star review left by a guest who had never entered his home. Ģrégory, who had seen the Q&A, posted his issue in what was to become an epic 3-week thread here in the CC, and he was joined by scores of equally bewildered and confused hosts, in calling for clarification on the subject. (He also engaged in weeks of futile, time-consuming - and often surreal - back and forth communication with Airbnb CX, but was ultimately unsuccessful in having the 1 star revenge review removed.

Clara Liang never once responded to Gregory's many attempts to contact her, or gave an answer to his very valid questions. Instead, the Q&A video was quietly edited to remove the comments she made regarding the removal of reviews, and the following correction was slipped in at the bottom of the video transcript (where few would ever even see it, of course)

Correction: Previously we stated that guests who cancel before check-in, without seeing or visiting the space, shouldn't be able to leave a review, and that if hosts contacted us, we would remove reviews left by these guests. But it’s not always that simple. We only remove reviews which violate our content guidelines. We apologize for any confusion we may have caused in the Host Q&A. We take this seriously, and moving forward, we’re committed to being more clear.

Just days later, Ms Liang was promoted to General Manager of Professional Hosting, a position she still retains, along with the more recent title of VP of Luxe. It would appear that taking the rap from afar, while keeping your head down and staying schtum, is a wise career move at Airbnb, Inc.

Interesting. I have seen some contributions by Gregory on the french forum but was not aware of his story, as I registered a few months later.  Obviously the french CC is far from being as active as the english CC. And the uncritical minds which populate the forum and set the global tone by cracking down on all dissenting voices made me run away from this toad hole. 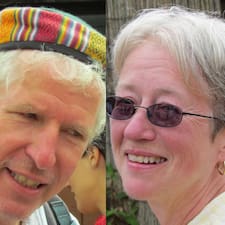 "We apologize for any confusion we may have caused in the Host Q&A. We take this seriously, and moving forward, we’re committed to being more clear."

Yuk, I remember this so well and, yet again, still feel nauseated.

That was the last Q & A I bothered to watch. Waste of time. But did go to show how confused they all are up at Corporate. Which wasn't very reassuring. "As above, so below": And we have chaos and confusion at the top. 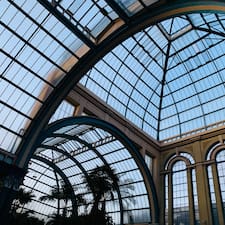 1 month booking. Guest came home drug *bleep* every night at 2am. Waking  up my other guest who was complaining due to  loud noise.  Guest was Rude & disrespectful.  One night she went out with no key. Basically  she’d  left my flat total unlocked . Not safe in London. Not safe for my other female guest.

This Nightmare guest  phoned me in early hours of morning  (saying she’d lost her keys) demanding to be let in. After 2 weeks I’d had enough. Cancelled the booking. Told her to leave by 11am next day. Even though I knew I’d loose out financially. Late bookings are hard to come by.

Airbnb gave her refund INCLUDING her final night. Of course she was enraged. Gave me a 1* review & then tried to claim a full refund as her room (it was summer ) was ‘too hot.’ Airbnb refused to remove this retaliatory review. And took 6 weeks to ‘investigate’ her complaint. Airbnb do not have hosts’ backs. Period. End of story.

All of us waiting on @Laura?!

I waiting still - for several months. A nightmare experience. In 2000+ guests. 700+ reviews just on Airbnb. Never experienced this. But.

A guest defecated all over my apartment. It’s was literally a bio-hazard. I contacted @Laura - sent her pictures. So graphic. My housekeeper was crying at the stench & mess.

Bags of excrement left in kitchen, excrement in bed. In the waste bin. All over carpets. Bathroom covered.

@Laurapromised to get back to me. She NEVER has! Several months ago now. I made a claim against guest - Airbnb actually tried to dispute it! It was just £40!!!

And  of course guest was permitted to leave a retaliatory review! Someone *bleep* all over your house, yet airbnb will not back you! No! Airbnb do not have hosts’ backs!

The pictures are too graphic to Post. But I have them. 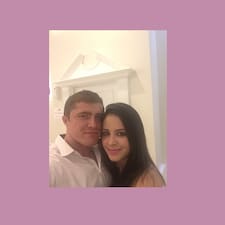 airbnb just called me regarding a review I left a guest who snuck in extra guests. They said I need to show proof that they did this. I responded how would I show proof if the listing didn't have cameras. They said, there should have been communication from me to the guest to confront them about this and since I never confronted them for breaking the rules, the review is not valid.

I told them, "well how come when someone leaves an untrue spiteful  review of me, that airbnb doesn't give me this level of support and calls the guests to ask them for proof?

Eventually i got so frustrated from the call, I had to hang up because I was going to lose it.

Sorry to hear this. Not surprised.  Many of us have been totally stabbed in back by this company.

I’m  actually thinking of getting a run of t-shirts printed.

#joking of course. But wow, this company is something else!