Need Advice About Review After A Messy Guest 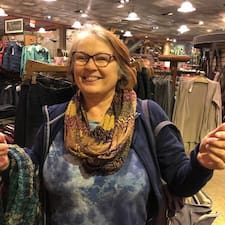 I have been hosting since mid December 2021 and have gotten and given great reviews up til now. My last guest stayed 3 nights and he was quiet and all was well until he left. He left the place in a mess and I do not want him back. He left a sink and counter full of dirty dishes, left his dirty towels and wash cloths all over the bathroom, didn't strip the bed, left perishables in the fridge,  stuffed tissue in small holes in the bedroom window screen so now they're bigger,  moved a picture on the wall, hid a pillow behind a chair, but worst of all left his trash on the outdoor dining table. I didn't have time to check the backyard to see if he cleaned up after his pup.

I don't want him back and want to be honest for other hosts but don't want to cause bad feelings.

What's the best thing to do? No review? short review? List these things in the review? Thanks

@Patricia3334  definitely review, but no need to list all the individual issues. You can just say pretty objectively that your cleaning instructions weren't followed at checkout and tap thumbs down on "would you host again."

Bad feelings? Nah. A guest who leaves piles of trash and dirty dishes for you to deal with clearly doesn't care what you think anyway. But you might want to meet guests halfway and simplify your cleaning instructions. For example, there's no good reason to expect guests to strip beds, since you have to inspect them for stains before laundering anyway.

Good point on stripping the bed. I took that from other hosts but I like your idea better.  Thanks for the reply.

@Patricia3334  I know some hosts ask guests to strip the bed, but I think it's a totally weird request. And most guests find it over the top as well.

How long  does it take to pull the sheets off the bed and the pillowcases off? 45 seconds? I really don't understand why hosts require this.

I get it that this guest was disrespectful, but I don't understand your complaint about "left his dirty towels and washcloths all over the bathroom". Where else was he supposed to leave them? I expect my guest bathroom to have their dirty towels in it after they check out.

And why are there holes in the screen to start with?

Do you have a check-out list for guests, or do you just expect them to know what to do?

Aside from leaving a pile of dirty dishes, I honestly don't understand what was so awful about the guest's behavior or why leaving his trash on the outside table was "the worst". Maybe he thought that was better than leaving it inside to smell the place up. He shouldn't have moved the picture, but moving it and putting a pillow behind a chair hardly seem like major transgressions to me.

And what's so terrible about leaving perishables in the fridge? Lots of people find it ridiculous to throw perfectly edible food in the garbage and might assume  the host would be able to use it or give it to someone who would. Sure, they should throw the dregs of their take-out meal in the garbage, but if you are talking about fruit, vegetables, eggs,  I certainly wouldn't throw those things in the garbage if I were a guest. I would hope my host or the cleaner could make use of them.

Some guests are messier than others- if they are, yes, mention in the review that they didn't clean up, but if you are expecting that all guests will leave the place clean and tidy, that's pretty unrealistic.

All my other guests have placed dirty towels in the hamper or left them in a pile. And have done their own dishes. I guess they spoiled me.  Lol

Since the 70's when someone poisoned the Tylenol and caused manufacturers to have to seal all products that are sold I think it's looked on with skepticism to share food with strangers...although it's a nice idea.

@Patricia3334  Oh, don't get me wrong, leaving a pile of dirty dishes or garbage strewn around and a general mess is very disrespectful. A host is not a guest's mommy or personal maid. Guests should clean and tidy up their personal messes and if they don't, it should be mentioned in the review.

I just know that not all guests are clean and tidy, although the vast majority of mine have been, so getting upset because a guest didn't leave it all ticky-boo is just unnecessary stress. It's charming to walk in and find the guest left the place spotless, but lots of people live in a mess at home, too- it's normal to them. And sometimes young guests might still be living at home with mom and dad and have no idea how to clean up after themselves.

My listing is a private room and bathroom and I share my kitchen with guests. The ones who prepared meals here, as opposed to eating out, have all left some food in the fridge they didn't manage to consume. Some has been quite welcome, like some smoked salmon, or a package of cheese. Fruit and veggies can be washed. I wouldn't find a quarter of a carton of milk appealing- for all I know the guest might have chugged it directly out of the carton, and I would give it to the cat. If it's something I don't eat, I'll ask a neighbor if they can use it. I hate wasted food and North Americans throw out more edible food than anywhere else in the world.

I really don't think you have to worry that a guest has poisoned whatever food they left behind.

A guest that strips the bed is probably hiding stains, that's been my experience.  Less embarrassing,  harder to find. But you'll need to replace the screen anyway if it has holes. Can't blame messy guest for that one.

That's what I thought about the screen but it's just weird.  Lol

My daughter has stayed in bnb's a lot and a lot of hosts ask for the bed to be stripped. But I will change that, I think.

Well, now I feel bad because he left me a good review. 😐

@Patricia3334  Don't feel bad (although as I said above, I think you are being overly fussy)- reviews are not meant to be some mutual admiration society, they are meant to be honest expressions of your experience.

Thanks for your input. I'm still learning.

@Patricia3334 Your House Rules do list some expectations for cleaning and waste removal, but guests don't tend to look at the listing again after they arrive.

Instead of leaving it in the rules, I suggest contacting each party about 24 hours before checkout with some short, simple instructions: checkout time, what to do with trash and dishes, where to leave used towels, and how to secure the house and deposit keys. Departure days can be stressful for guests, so eliminating any confusion about how to leave the Airbnb actually makes their morning easier.

Well, i was right. He is really offended. he has a brother that lives here. I hope he doesn't show up here at the house.

I do think he is a young man. This is what he wrote to me:

"Wow I coulda totally been horrible about things in your place and did not rather send you a private message but you didn’t have the same heart ❤️ not nice at all. But you will reap what you sow, I brought the trash out for you I rinsed all the dishes and cleaned up very well and still you went low. The nerve to do so must leave you feeling terrible that I did you good and you stab me in the back. That’s enough pain for you. Enjoy you bad self."

I guess this will happen if you don't gloss over things.

@Patricia3334  Yes, you have to not take it personally. Some people refuse to look at themselves and acknowledge that perhaps their behavior affects others in ways they hadn't considered. Just the fact that he says he "rinsed" all the dishes, when you say there was a pile of dirty dishes, means he is not willing to take responsibility. He did leave you a glowing review, and I'm sure it was because he really did have a great time and thought your place was great. Now suddenly he "could have said bad things about your place".  Another guest might have said, "Wow, sorry you felt I was disrepectful. I didn't mean to be, I guess I didn't realize what was expected."