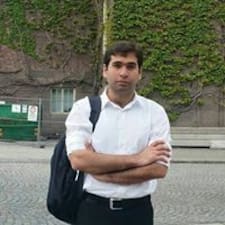 This is my first time that i am writing something here. Today the local police knocked at my door. They said that the neighbors has complained about strangers visiting this flat on a daily basis. I told them that sometimes i receive my friends from university and blah blah .... and they left.

I am hosting in Barcelona from almost 2 years and its been great. Now i am in this situation. What should i do? 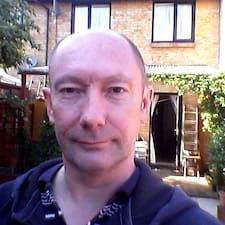 Are you allowed to host Airbnb guests? In terms of local laws and the tenancy rules of the apartment you live in?

I am not sure. Actually, the host is supposed to get a turist license for his apartment. But that applies to whole apartments, not single rooms. I am renting just one room. That is why i am not sure if i can get one. But surely, at the moment i don't have any license.

@Umair18 it seems pretty obvious what you should do: find out whether you are operating legally and in compliance with your lease (if you have one); and if you are not, either do whatever is required to become legal or stop hosting.

And try to get on better terms with your neighbors, in any event.

I'm not familiar with the rules in Barcelona, but it would be good to find out. A little googling and I found this if the link works (if not, just search Airbnb in Barcelona)  https://www.citylab.com/life/2018/06/barcelona-finds-a-way-to-control-its-airbnb-market/562187/ and yes getting on with your neighbours is always going to make things better.

It's not just as simple as putting a bed in the spare room, putting up a listing and making some money out of it! Many cities around the world have strict rules governing STR and it is presently up to hosts to make sure they comply with all their local cities requirements before going public. Most hosts will decide to have a go at it anyway figuring nobody in 'city hall' is ever going know about it, so there is no issue. And they get away with for some time......but you never know when that letter, that visit is going to come to stop!

You Umair are in a difficult situation because the city of Barcelona knows the identity of every Airbnb host in the city.......Airbnb have sold out your anonymity in a deal that has enabled Airbnb to still have a presence in the city! They have passed over to the Barcelona authorities details of every Airbnb host. You can't fly under the radar any longer.

If you are serious about continuing to do this you should as quickly as you can approach the authorities and apply for a licence to STR.

I have always found throughout my life, if I approach government and ask for their help with a problem they are really good to get along with and very helpful. If they come to you with an undeclared issue....god help you, they can be hard to deal with.

The other thing you maybe should consider Umair, if you are living in an apartment complex you need to have written approval from the building manager to STR. If you have this written approval it will greatly strengthen your case for a licence....if you don't have it you could well find yourself with an eviction notice for illegal subletting!

Umair, I don't think you can just ignore this, that tap on the door by the local police will be just the first hurdle you are going to have to cross!