Two CS reps later I was treated to a new height of absurdity in the florid language style of current reps:

"I hope this message finds you in great health and spirit despite this panic-stricken season of the year."

@Lisa723  It's madly tempting to go back to them with something like, "Thank you, but as the great Gustav Mahler said, 'With the coming of the spring, I am calm again.'"

@Jessica-and-Henry0 but what might be the less literal translation of "panic-stricken season"?  "Stressful time"? 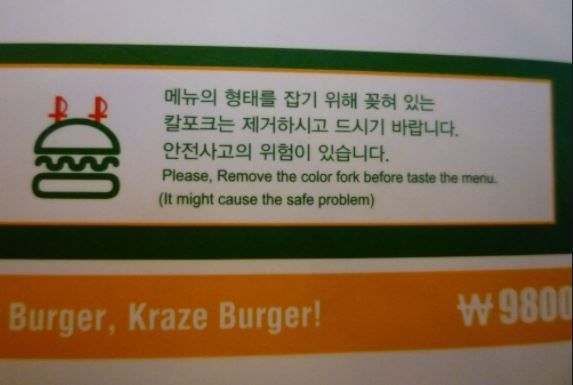 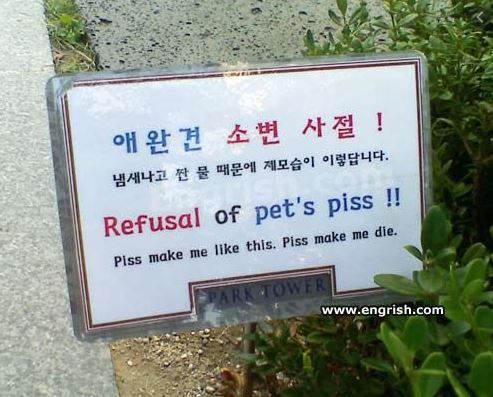 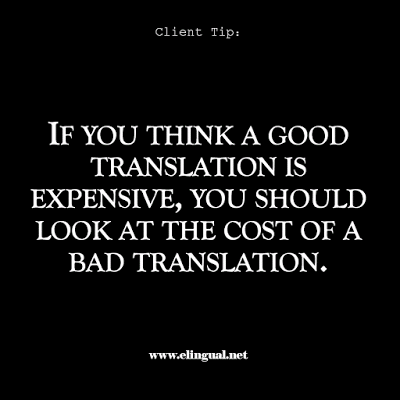 Jess, it all comes down to interpretation....... 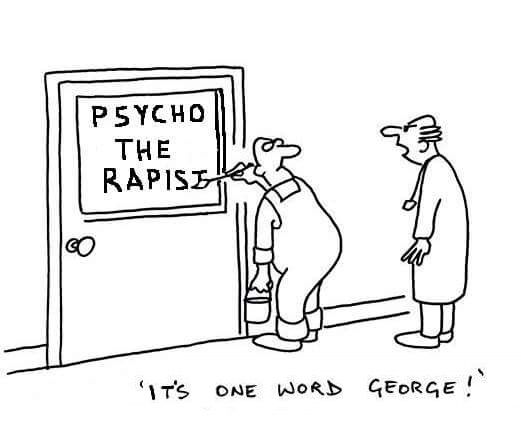 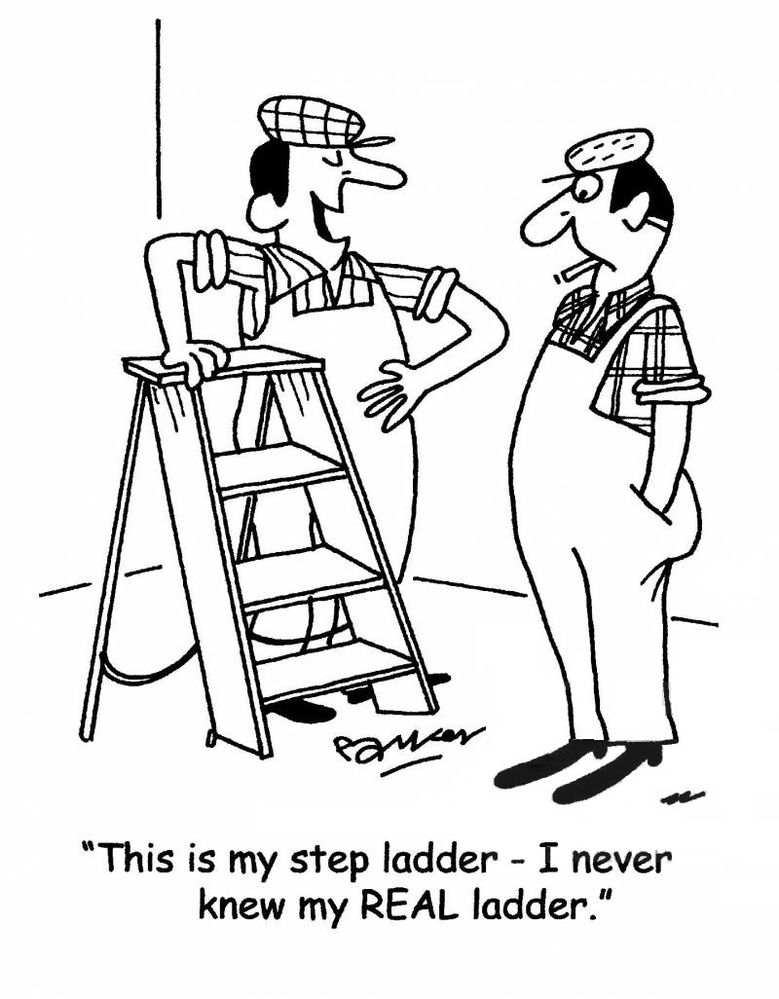 @Jessica-and-Henry0  My industrial serger sewing machine, made in China, came with an instruction manual, supposedly in English. Every other word is either spelled wrong, or is the wrong word, or no such word exists in English. If it didn't also have diagrams, and I didn't already know the basics of how a serger works and is adjusted, that manual would be utterly useless to me.

I picture a company meeting, discussing how they need to have the manual translated into English, and someone says, "My uncle Harry speak English, he speak English very good. Uncle Harry translate."

There is a restaurant here that has empanadas on the menu. In addition to the paper menus, they have a sandwich board outside on the sidewalk. Both are in Spanish and English. They had meant to translate empanadas as turnovers, I guess, but it says on the sandwich board "We have turnovaries!".

I just stood there and stared at the door for a minute or two..... then asked what do you call that room in Korean? - It was "대화방" which is an expression used more for internet/online chat rooms. I looked inside and found it was set up like a break room where people could relax and have casual discussions or get together and gossip while having coffee and snacks.... rather than a formal meeting room. I insisted they remove the "TALKING ROOM" sign immediately, asked for a blank piece of paper and pen, wrote " BREAK ROOM" on it and taped it to the door where the other sign used to be.

Then in another building I found a sign on the door that said "REST ROOM" but it wasn't actually a restroom with toilets and sinks.... it was yet another break room. In Korean they called that break room the "휴게실" so again I made them take the sign off the door and taped a piece of paper with "BREAK ROOM" hand written on it.

Everyone there thought I was being overly picky and difficult 😤😤😤

Fyi, the place wasn't a small no-name firm....... it was Samsung. And I was told later that my actions upset a lot of people because I was simply a lowly contract interpreter who was just passing through and *dared* to challenge their work, and made them look bad. I told them the looking bad part they did all on their own without my help. Needless to say they decided not to extend my contract 😁😁😁

They were the losers Jess!

Well done @Jessica-and-Henry0!!!  Agree with Rob that they were the losers.  Love your determination. 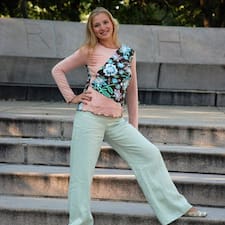 @Jessica-and-Henry0  a local grocery store was trying to be helpful and had a sign "have you had your shot (meaning vaccination)" in multiple languages. The Russian version read: Have you just been shot (using the word for gun). I brought it up to them but got a blank stare back

Panic stricken time of year? What?

My only guess is that's what their supervisors are telling the CS reps. Its just a bad time of year and it will get better?

I did get this one. a few days ago, so maybe got lost in translation. At one point the CS rep said she would be on her rest days but would keep the case on her bucket. What?

But good to know that if ABB changes my booking requirements as part of a focus group without letting me know, and I don't receive any communication from gust at all, the standard cancelation policy will apply.

**[Message from CS removed in line with - Community Center Guidelines]

Wanted to add that Idid leave a very positive review for the CS rep who handled my case. I think this was just a translation issue which I don’t mind. Wanted to share common phrase or theme at the bottom, if there is a pattern with I’ll be off a few days, and meant to question if they aren’t allowed to usd the real name and assigned one? I recall traveling in Europe and not understanding the train schedule on the kiosk, and a German man who didn’t speak a word of English insisted on helping me, pointing to his watch and back to the schedule until it finally clicked for me. That’s really more my style.

Oftentimes I find myself wishing If only I had gotten to compete in today's world rather than the much tougher and sharper one of some years ago, it would have all been so much easier.

@Fred13   Much, much easier these days. You can be totally incompetent at your job, but all your co-workers are, too, so no one gets fired. Such fools we were, to think we actually had to be answerable for poor decisions, laziness, and incompetence.

When my oldest daughter, who has always been one of those totally organized, competent people, staying late at high school to finish the articles her classmates didn't complete by the deadline for the school newspaper, in addition to being an A student, and captain of the volleyball team, got her first real job at 18,  she got a shock.

She was a temp office worker, sent to fill in for employees on holiday, maternity leave, out sick. Her first day, she witnessed the supervisor at the office she had been sent to spend 2 hours on the phone, during paid work time, arranging a private ski trip for her son. My daughter simply couldn't fathom how anyone would think that's okay or get away with it. 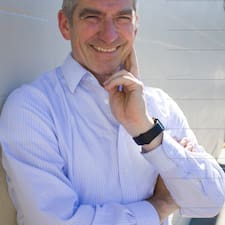 Yeah, the safety and security language is just too much. Lets get down to business!