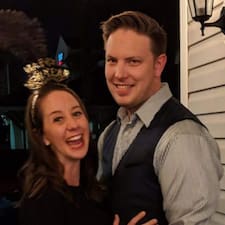 ***I apologize if this has been duplicated, i cant find it posted anywhere on this forum, so thought i would try again.***

My entire property is smoke free ( inside and outside).  There are plenty of private areas to smoke around my house including the lot where the park there car next to my home, its about 5 steps away, grassed and safe, i specify that in the listing. My fenced in area is mostly deck, but i do have a small area of astro turf for pups, so my biggest concern with smoking is the turf catching fire.

So i had a guest express that her husband was requesting to smoke cigars, that they are older and were coming into to town mostly to be at the beach and unwind on our deck in the evening (hence the cigar). I expressed my hesitation and but ultimately said he could smoke only cigars, in an ash tray away from the grass. She happily agreed. After the reservation was complete i had almost 0 communication with them as they just didn't respond to any messages, i don't find this that unusual as most people get there reservation and respond occasionally. So check out comes and they request an additional couple of hours, our cleaning staff wasn't coming till the next day, so i agreed. No thank you or any acknowledgment of the late check out. Come the allotted time, they were still loading there car and weren't out of the house till 30 min after the late checkout. They responded with a simple thanks and that was it.

I went into the house to find it very clean, the checkout instructions followed to the letter, but also found the ash tray that i went out hours before there check in to buy specifically for them, unused in the same spot. I investigated further and found pot remnants on the couch and a joint on my outside window sill.  So other than them being intentionally disrespectful and manipulative of my rules, the laws and my kindness, they house was in great shape.

So do i leave a one sentence review about cleanliness and address it privately? Do i deduct a star with potential backlash? I just dont want to mislead the host community with a 5 star rating, when they intentionally manipulated me to break the rules, but in the grand scheme of things no harm was done.

@Danny413 , I think it would be fine to put your neg comments in the private section, maybe even go a 4*on communications.  Stay well, JR