I just saw this today and was stunned: A commercial showing hosts leaving out an electric guitar for a family and the couple's child jumping up and down on the bed.

What Ad agency thought this was a good idea? And what unrealistic expectations is Airbnb setting for potential guests about what hosts will be providing and what guests are allowed to do in these homes? (note all the hosts who verify they can't get reimbursed for their broken furniture and beds).

And no - it's not cute when it's a minority kid doing it.

@Sarah977  Yeah, me too.  But then when I see that even today, 70% of hosts only have one listing, it supports @Christine615  view that Airbnb does not understand its business.  "We" the little guys are actually the overwhelming majority of their housing stock, so if they understood their market then it would be the 1 & 2 listing properties that got the perks, special host friendly rules, etc. and not the boutique hotels and property management condos....prioritizing this 70% would also be a huge help in their PR war against regulation.  I guess its possible that their profits are coming from the other 30%.....but so so much of what they do is tone deaf, including failing at a lot of corporate management and crisis communication 101...not involving or consulting stakeholders, unilateral policy changes, never beta testing anything of importance, never doing host surveys [which is easy and cheap and would yield fantastic data for them], very disorganized and anemic grassroots/public affairs work.....  that I am coming around to agree that they're simply a very poorly managed company.

@Mark116  Despite their hiring for top positions of corporate bigwigs like the former Disney Corp. current head of hosting, I think poorly managed is a fair assessment. They are majorly cheaping out in their CS dept. and their tech dept, judging from all their ongoing tech glitches, when in fact CS and tech are the  public-facing entities that lead to thousands upon thousands of user complaints and websites like Airbnb Hell.

They don't appear to consider hosts and guests to be a symbiotic relationship where one could not exist without the other. Their real messaging is either directed at hosts, or at guests, but not both together.

They actually pit hosts against guests by their ridiculous review policies, suspending listings purely based on an unverified guest complaint, and allowing guests to get away with not compensating for the damages they cause.

Yet their PR rhetoric still puts forth that Airbnb is about connection, trust, building bridges, etc.

I have to wonder if they truly are so self-deluded that they believe their own rhetoric, or if they know perfectly well that they are promoting a huge lie.

Is Brian Chesky even aware that his CS reps suspend listings, telling hosts they did something wrong while refusing to tell the host what they supposedly did wrong?

I would like to think he doesn't- that it is simply a case of poor management and lack of connection between the VIPs in their corporate boardroom, and what is actually happening on the user level, because the alternative would lead me to consider that he is simply an evil person to whom money is the only thing that matters. 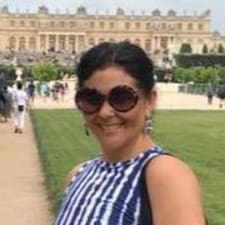 Exactly... suspending accounts without the host knowing what exactly the guest is reporting... losing bookings and also making the other guests crazy about how to find a new booking on the go.. when they booked with long anticipation ITS Crazy!

Here's an article that might explain what is going on at the top. Years ago I worked for a certain "card factory" that has been the biggest player in the industry and began to struggle against the rising tide of competition. They were slow to adopt to the newly emerging internet, and slow to realize their base of customers were aging but the children and grandchildren were growing up in a different environment with more communication options. Social expression and making connections was the company's currency, not the paper those sentiments were written on. People aren't good with words, but often enjoyed having help with that part - hence the card factory should have become social media long before MySpace. It's just that management didn't understand the new platforms and kept defaulting to cards and gift wrap as their mainstay. The existing management structure remained entrenched even as they sent us  middle managers to seminars to help "us" figure out what "we" were doing wrong in improving the company's bottom-line. I'm told even the family of the founders became frustrated with those leaders on high.

Which brings me to one of my favorite memories. I attended a Tom Peters session on the other end of the state. He was very specific about the "arrogance of the dominant player." That smaller upstarts could run rings around a legacy corporation because the existing corporation didn't think it had anything to learn. After all, it invented the game didn't it? Hence, more successful corporations understood their core product. Example: Honda makes engines and is good at it. It can be in a car, a motorcycle, a lawnmower - but the core of it is that engine. Airbnb makes social connections for travelers. It provides a connection to an external source that has a home away from home to rent. Understanding that "engine" and nurturing it will feed Airbnb's profits. That "engine" is the 70% of the hosts with 1-2 units (mostly 1 unit). That nurturing will cause other people to consider joining the platform as hosts: Community.

I still use it when having internal discussions about dysfunction within my own industry.

This ad says: go to an airbnb so you can let your kid stand on the coffee table and jump on the bed.  Basically, you don't have to care about other people's furniture if you're paying an airbnb host 90 dollars a night.

I agree with everyone this add sendt totally the wrong message!

I get it that they want to offer experiences for kids, but it should be well behaved kids having fun in a normal way not standing on tables and destroying the bed.

well, after the dog on the white sheets and the kid on the table I expect the next ABB video of the guests jumping into the pool of the tree. Or of the roof.

I would love to see an advertising campaign that promotes the community of hosts and guests as well draws some common ground as far as resepct and enjoyment inside bnb's. It appears like these kinds of ads simply attract the care free guests and bring in the idea that its okay to use someones property like it's their own!

Just stumbled on this thread; I got more of a kick out of your comments than the Airbnb ad.

The  kid reminded me of 'Jeffrey' (Bill Cosby stint), where he kept everyone awake during a long flight and he finally fell asleep only when almost landing; then everyone took great pleasure waking him up as they were leaving the plane - to get even.