PASO ROBLES IS BAN ON ALL VACATION RENTALS 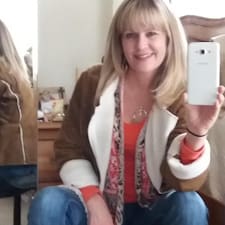 Hey fellow Airbnb hosts, my name is Jill. I live in Paso Robles and am trying to get the word out about an Ordinance that is coming before the Paso Robles City Council for the final reading on June 18, 2019. This Ordiance will be BANNING ALL VACATION RENTALS in the City of Paso Robles. I received the following "Press Release" yesterday that states what this Ordinance entails. It is as follows:

A number of vacation rental owners and hosts have come together to "Save Paso" and started a petition that needs your signature! Please chick on the link provided and sign it so that we can present this to the City Council to stop the Ordiannce from going forward for approval. We need to protect our rights to rent out of homes to whoever we want, whenever we want! Paso Robles has over 450 wineries and tasting rooms which bring in thousands of tourists annually. Without vacation rentals our businesses will suffer, homes will be lost to foreclosure and the City's revenue will be greatly affected. Help us Save Paso and pass the link along to anyone you know. Thanks!

Re: PASO ROBLES IS BAN ON ALL VACATION RENTALS 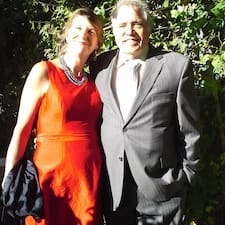 ordinances like this are the coming thing, with the saturating markets and lack of oversight it was going to happen so now is the time to choose your battles carefully.

The folks who live in proximity to the heavily booked party house will not be on your side if the host attitude is "who ever and when ever and where ever" and you will need buy in from the non hosting community.

Allowing those who currently hold short term business licenses  to roll over to the renting permits if they have not been public nuisances seems like an easy win, deciding how many of these permits ought to be issued beyond those grandfathered in and how often this number is reviewed for possible expansion is something all stakeholders shouild be able to discuss.. Deciding how to have  guest max per size of listing  is better than having an arbitrary cut off - a huge party in a small house will set many neighbors firmly against the whole concept, right?  Outreach to the folks  in residential zoned neighborhoods to find out why they want stricter controls and how to craft policies that preserve livihoods and property values and peace of mind would be a wise move. I love visiting your area as a guest & I'm a host in Berkeley myself & it's going to be Crazy when we start setting our own policies. It would be great if the communities doing it ahead of us have worked out the broader details-I hope you can do it wisely & well, good luck, Sally