Primary guest just checked out a day early and left the other six guests there to check out tomorrow - what do I do??? 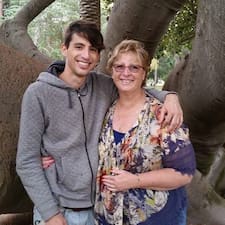 Is this not a violation of Airbnb’s policy? It certainly is a breach of the rental agreement that the primary guest signed after booking. What can I do??

All of the guests got extremely drunk last night and majorly violated my no party rule and noise policy, I texted them asking them to tone it down and apparently that made them so mad that I overheard them from my apartment (I live in a separate apartment on the basement level of the property) yelling about how they were going to “f**k the place up” and saying very threatening things about me personally and my property.

I contacted Airbnb at noon today to inform them of what happened and ask that their reservation terminated today. I was told the issue was being escalated to “a special team upstairs” and this team would be reaching out to both me and the guest Basically right Away.

After waiting over eight hours for Airbnb to call either myself or the guest, the next think I knew it was 8:30pm and I decided to call Airbnb and tell them to hold off because it was so late in the day to kick a group out (a group that is five states away from their home state) - I already am expecting a bad review, but if I kick them out late at night for issues that occurred the previous night then I can only imagine how much worse that review would be.

Immediately after I got off the phone with Airbnb, I witnessed the primary guest and her husband loading up the same vehicle they arrived in (there were a total of three vehicles amongst all of them) and then saying goodbye to the other six guests and departing. Now I am wondering what in the world I should do. I already want these people gone because they threatened to destroy my property, but now the guest who is responsible for the liability of the reservation just departed the property and left the other six people there, six people who are entirely not liable for damages they might cause. What do I do??? 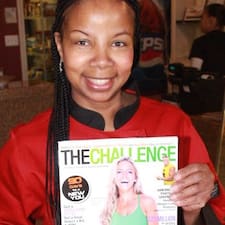 Charge them for the violations and damage if any and put comments about the guest in your review to help other host.

@Michael1139  The booking guest is responsible for whatever happens during the stay, whether he is present or not.

I'm sorry this happened to you, but those guests should have been booted out immediately when they started partying. At the very least you needed to call the police- noise disturbance and threats against your property and your person.

If you think having let them stay is going to result in a better review, you're pretty naive. And letting someone trash out your house and disturb the neighborhood because you're concerned about the review? Strange priorities, as far as I'm concerned.

Unfortunately you can't depend on Airbnb to enforce your rules or boot out bad guests, as you found out. It's your home- you need to take control.