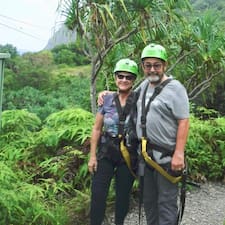 Hi, we live in California and are starting our first summer as hosts. Due to high fire risks, PGE has public safety power shut offs where they will cut all electricity to areas in the state. In past summers we have had our power shut off for up to 4 days. I would really appreciate any suggestions from those of you who face this same situation. How do you keep your door open with this issue. Thanks!

@Terri334 I am not in Ca but due to a bizarrely windy spring we had a stay where the power was out when someone was about to check in. We monitored it (it was out for about 6 hours from 1 to 7pm) and when it was clear that it would still be out at their arrival time we fully refunded the night and invited them to stay anyway if they were so inclined. We have wine, candles and a fireplace so had I been the guest I would have thought it romantic. They declined. They were very upset but they were returning guests and so had a great stay the first time. They showed up the next day still upset that they had lost a night and did not leave us a review. I guess that was kind. I doubt they will come back again.

I would think if the power is out, all you can do is refund or very deeply discount. Most of your guests will probably not want to stay in such conditions. A few brave souls may. Give them the option with a lot of transparency.

Thank you Laura. It did sound like a romantic night :). Unfortunately here it would be miserably hot (90s and 100s) and i wouldn’t be able to hook up the generator to the AC. Maybe fans? Anyway, thank you for your response. 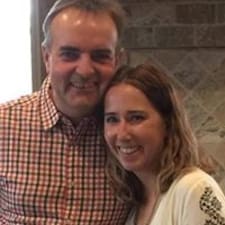 We had an issue with this two years ago but last year was not an issue for us. I think PG&E is getting better since the state is holding them accountable with huge fines. But how I handled it was:

We did buy a little generator from Lowes last year but never needed it. I hope this helps. Looks like we're neighbors 🙂

Hi Jillian! Nice to hear from you and thanks for the advice. Do you mention possibe shut offs in your listing description ? Or just let them know of the possibility?

@Terri334  I don’t list the power shut offs. We only had one possible shutoff last year so I really do not think it’s worth the mention. I just keep an eye on it and bring it up when needed. 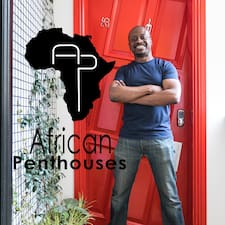 We have a similar, but different situation here in Johannesburg. Load shedding (planned rolling power cuts) is often put in place because the utility doesn’t currently have enough generating capacity.

It’s common knowledge, usually lasts a couple of hours and impacts the whole city at different times.
We mention it in the listing and send an automated reminder to all guests the day before they arrive.
I think I once had a guest complain - as they had assumed the apartment block would have a generator, but it doesn’t - but most people just roll with it (excuse the pun😉)

Thank yo Ade, I really  appreciate the input!