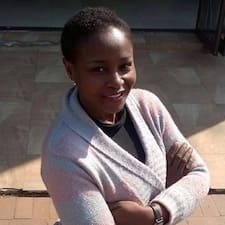 First let me say thank you for the platform to meet wonderful people from all over the world, as well as the opportunity to earn some extra income. It's been a generally wonderful experience with a few hiccups.

We recently had some retaliatory ratings which caused a dip in our overall rating. I will not go into details, as I have read through a lot of threads on the community forum and the rating system seems to be the biggest bone of contention on Airbnb with such vindictive ratings at the very top.

So I thought of a few suggestions that hopefully Airbnb can look into to help ease these frustrations that hosts are experiencing. It can really tire one out.

Whenever hosts receive "unjustified" ratings, hosts should contact the guests via the message thread asking why such rating was given. At the same time, hosts should contact the review dispute arm of Airbnb and notify them that they are disputing the rating. Airbnb could then put the review on hold while investigating the matter (say for the same 14 days required to write a review). If there is no justified response from the guest after this period, the review should be taken down.

Where guests acknowledge that the rating was a mistake, they should be given another chance to re-write the review. (it appears guests cannot change their ratings choice as the platform does not allow them, so I was told by a guest when I made enquiries).

Superhost status should not be a threat. I believe the superhost status was created as a reward system, but it seems to have become a hangman's nook. If it took a track record to get to superhost, it should take a track record to lose it. The same way Airbnb let's hosts know that they are on the way to earning the badge, hosts should host allowed to know when they are on their way to losing it.

Those are my few suggestions. I hope it makes a difference.

P. S… I know the normal response from airbnb is that as long as a review does not violet airbnb's content policy it cannot be taken down. It may not violate the system's policy, but it oftentimes violates moral and ethical policies. It sometimes violates humanity's policy of fairness and is sometimes the sheer abuse of human rights.

There are wonderful hosts and there are bad ones. But I do believe the good far outweighs the bad, else Airbnb would not have grown so much over the years.

To fellow wonderful hosts, keep giving your best and let's keep praying and hoping for such in return.

@Kemi6  Very good suggestions. But I doubt Airbnb would make any changes.

The longer I host and the more guests I receive, the more I feel that Airbnb review system is designed to manipulate hosts to provide low price with high quality service in order for Airbnb to grow quicker by attracting more guests.

It it is a very simple math that a one star review would take 19 five star reviews to bring the average back to above 4.8 which is one of the minimum requirement of getting a Superhost. That is why Airbnb is reluctant to remove a retaliatory review with full of lies and false information/accusation. Even though the reviews containing false and misleading information is not allowed in the public according to Airbnb TOS 5.8(i).

Wow!! I didn't even realize it would take that many.

What saddens me  though is that a lot more hosts are losing trust in Airbnb. And trust is the very core of Airbnb.

I really hope they do something fast. 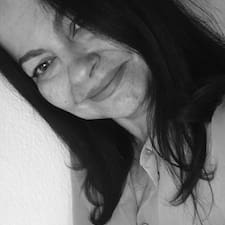 Sometimes the feeling we have is to be sabotaged.

In my town has many lists that not working last 3/4 months and that have their calendar unavailable for the next 6 or more months but as they have a low price, they are still on top of the first pages. Since July 7 I have the same trouble with one of my lists. After 3PM that list disapears, nobody can booking. I looked at the Custom Rules and everytime it signs " Various" without I changed before. ( guys, sorry for my english...it isnt my mother language).

So, i was almost many days with customer service and they didnt solve my situation. I decided to blocked completely the calendar of the problematic list( i dont want deactivate because i have only amazing reviews) and i opened a new list with the same pictures for see if the new list would have the same trouble.

I told about my action to the CS and she told me to cancel immediately the new list because it could be fraude.   What???? Airbnb is present to tell me to down price my list from 55$ to 27$ and over it give about 15% of  and is not able to solve a IT trouble...and when i use my "brazilian way" to solve it provisory, they do not accept. So...guess what? Five new lists came under 50$, without Cleaning Fee and it shows almost on top. So...

I wouldnt like to have Superhost status hosting any kind of people... If I would, I would rather building a shelter and not list on Airbnb.

Any sugestion from who understood my english?

@Flavia195  Have you created any rule sets and applied to your listing calendar before? If you see Various in customer rules, there may be some rule sets applied. You need to change Various to None for those dates. Your listing should be on the search results.

In addition, you try to use Airbnb price tips for a few days when it is slow. It may help to boost your listing search ranking.

No, i never selected Various. My list since the beginning has the same sets....From one to another day it changed by itself. When I realized that the rules changed from None to Various, I set it to None again...but, verytime I login, it was again in "Various". It happened many times. My list has Check In at 2PM-11PM... everyday... No preparation time... But, everyday , since July 27 at 3PM my list is blocked despite anyone see it is available on calendar.

For that Airbnb could not fix yet.

My intention is not to boost my list with down price. I prefer less people using the price I think is correct for my place.

@Flavia195  When I tried to look your old listing which has reviews, it seems that you have a minimum two nights booking required. I am able to choose today's date to check in and checkout on Sunday.

I suggested you just change your price for two or three days to use price tip given by Airbnb when your listing don't appear in the first one or two pages. Never use price tips for all the dates.

@Alice595  those list that you saw is my two lists without problem. The list that had a problem since July 27 is actulaly deactivated by me because I am so upset with this stupid "play". Nobody else has my Airbnb email or password . Nobody has access to my Ipad, nobody can change anything on my Airbnb page. Only I or, Airbnb.... so...

@Kemi6 Thank you for this terrific post.  All your suggestions are sound, and I hope the right teams give them serious consideration. 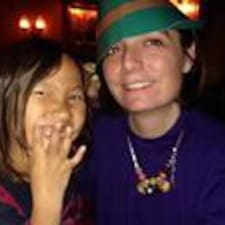 I had my first review dispute and extremely impressed by how quickly it got resolved. I got unjustified review by children who had booked through a third party without informing me. The guest did not have any profile picture and only one review, so I guess I should have been a bit more suspicious. I fell the kids were playing along with the review system and gave me a 2 star for cleanliness even though every single other guest rated by place as sparkling clean... I sent a message to the customer support tonight, within a minute AirBnb called me, and 30 minutes later they called me back saying that the guest admitted the booking was under third party, which is not allowed according to the AirBnb policy. The bad review was immediately removed. I am impressed! and I am not a super host (not hosting enough), just so to say. Well done, AirBnb! 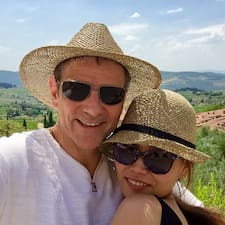 It's great to hear that your problem was resolved. Based on what I've experienced myself, Airbnb Customer Service seems to largely depend on who you're dealing with.

This summer, we hired a photographer through Airbnb because we wanted the "Photo Verified by Airbnb" watermark, which I had read from a study is a proven motivating factor for guests choosing to book a place. I've written previously about the awful experience we had with this photographer, and so I won't re-hash the story out here. Let's just say it was far worse than you could ever imagine, especially from someone claiming to be a "professional" photographer.

Anyway, I contacted Customer Service about this. The first time was about the experience itself, in which the photographer showed up super early for the scheduled photo shoot and wouldn't wait until we finished setting up--she just started shooting because she said that she had another photo shoot to get to. The lady from Customer Service that I was dealing with then, who gave us her name, was super nice. She was communicative and sympathetic, and her responses always came back within a day of my sending them.

Later, when we got the actual photos and saw how bad they were--and remember, we had to pay for these--we contacted Airbnb CS again. This time we got a belated reply (four days) from a person who did not identify themselves. Rather than address our individual complaint, this CS agent sent us what looked like a form letter outlining all the points related to Airbnb's hired photographer policy. I wrote back and asked why the things I brought up weren't specifically addressed and why there was no reprimand system for this photographer--and then nothing. The person never responded again for over two weeks, at which time we got a one-sentence reply that said, "I'm really sorry that you had to experience this."

So, there you go. Based on this as well as what other hosts have said, Airbnb CS seems to be a "crap shoot." Sometimes you get lucky and find a knowledgeable and sympathetic agent, and sometimes you get one who is completely indifferent.

In any case, Olivia, we're glad to hear that your case was resolved promptly and fairly. That gives the rest of us hosts a bit of hope. :-) 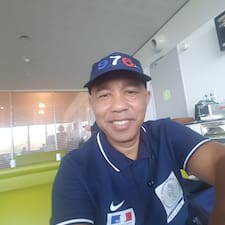 Great to hear you're enjoying the Community Center and have some well thought-out suggestions for the platform. You're right in saying it is a hot topic on the CC with a lot of difficult cases and concerns being raised. Improving platform features is an ongoing development for Airbnb and this feedback is very valuable.

You focus on the review system specifically, as well as the current impact it has on a Hosts ability to maintain high ratings and their Super host status.

Are there any additional elements to the Superhost criteria you would change or improve? Any thoughts on criteria change?