A question came up in one of the Facebook Airbnb groups I’m in and I didn’t know the answer.

Recently, folks noticed a very subtle difference in the wording of the How do Reviews Work page.  They don’t believe it was like this before, though I couldn’t say.

”I noticed that the wording has changed .... https://www.airbnb.com/help/article/13/how-do-reviews-work "You have 14 days after checkout to write a review for a trip. Reviews will be posted once both the host and guest complete a review." .... It used to specifically say that a review would be posted after 14 days even if the other party had not reciprocated.”

So I had a quick look at what it told me at the end of a review I gave today: 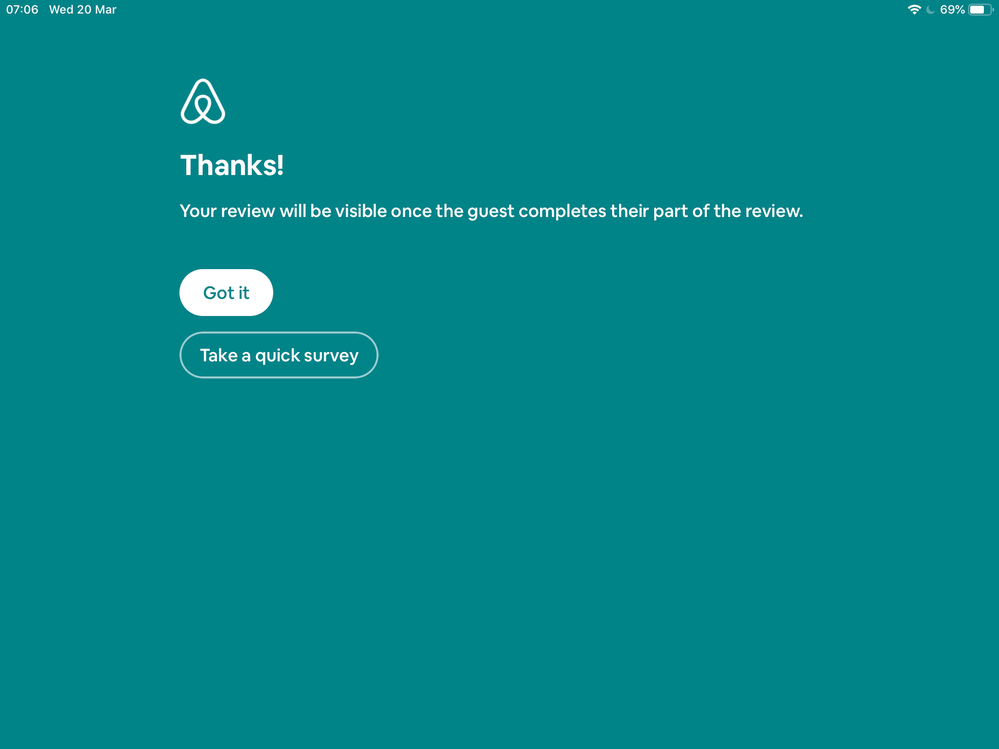 Noticing it doesn’t say “or after 14 days” on the splash screen. Did it before?

The Facebook community are fairly confident this is different than it was before and has been changed very recently. If it is, then the consequences are significant for the review system.

Edit: holy crap, I just had a thought... is it possible they are implementing some, or part, of the changes recommended in this other post?? 😮 Doubtful... right?

Yes, the wording has changed. But if taken it strict, it means a 1 party review will never be published.

But I did not experience this recently. I can also not imagine this would be the new standard.

@Emiel1 Thanks for confirming... hrm, I guess we will need to wait and see how a one sided review works in practice after the wording change. It could just be poor wording etc.

I posted the link to this helpfile many times regarding a question here in the commuity, so i am rather sure there was something in it about the 14 days with a sentence "whatever comes first". I noticed several help files has changed recently (and some also raised my eyebrowses), maybe they hired a student to update them for a $100,-  coupon ;>)

Hahahaha yeah I bet @Emiel1 . Probably some intern. Thanks for confirming, I was sure I’d read the 14 day thing too but started to doubt myself...

Another example of a changed helpfile is this one:

Besides an update about "tenant rights", mind the sentence "It’s always in your best interest to vet potential guests before they book a reservation"

@Ben551 @Emiel1 The other things that's changed is that, when looking at a listing, you can choose to see the reviews in the "Most Relevant" order or the "Most Recent" order.

I believe this is how Airbnb is addressing "outlier" reviews.  For one of my listings, looking at the "Most Relevant" reviews shows that only one of the "Most Recent" reviews is missing.  It was a 5-star review but it only consisted of about 3 words.  So I assume the algo decided it wasn't informative enough to be considered "relevant."

I don't think this is a bad thing for most of us.  But for those listings that have gone downhill, prospective guests might not see the "Most Recent" bad reviews unless they toggle to those (the default is "Most Relevant").  And since we all know most guests don't exactly do a deep-dive into the listing, many won't notice the choice. 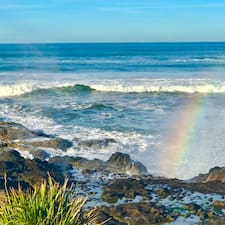 I noticed both of these changes as well.  I was on the phone with Support about another platform glitch and mentioned them to a superb Rep called Jinky who also thought it odd, because reviews we knew had been posted were missing.

They were all 5 stars, and the order was completely random, not alpha or any other pattern we could discern.

She said there had been no notifications about modifications to the review process and was kind enough to put them back in date order for me from her magic portal and they still remain so 3 days later.

Its a bit soon for management to implement our suggestions...but we can still hope.

I certainly hope this doesn't mean that if the guest doesn't leave a review, that our review of them won't be published. I really wouldn't put anything past them these days. No profile photo, no verifications, no reviews. But you'll be punished if you dare to decline.

@Sarah977 That was my concern too. I was imagining all kinds of issues.. 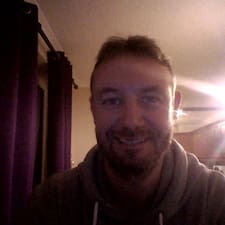 But if you don't report it to airbnb withing 24 hours of checkout they do absolutely nothing.  I had a mentally ill alcoholic/drug addict guest lock herself in the room for 4 days after checkout and destroyed it by pooing, peeing and vomiting over everything.  We had to get police and social services involved to get her out.  Did airbnb help at all?  NO.  Did I get reimbursed by AIrbnb for any of the damages?  NO. I'd set the deposit at £500 but I don't even know why the depositi is there because I couldn't claim on it!  Airbnb said "it needed to be reported within 24 hours to protect the host and the guest".  They then closed the message thread and completely ignored all attempts to contact them after that.  WTF??  Surely they can see I rather had my hands full and couldn't even sleep because of nutter in my house.  Is the police report not enough?

@Ann72oh great, if "most relevant" = the longest review, then the first review people will see on our listing will be the one from our grumpy unhappy guest, she wrote the entire novel ahhh...

@Ben551 I've long theorized that Airbnb has hired some hack Psychologist or Psychiatrist that lost their license, rendering them unable to legally practice - Instead, they now study the Airbnb community and the company's policies and practices and then advises Corporate on how to 're-language' certain things so as to better influence guests and hosts to do what they like (not in any kind of Orwellian way - No, certainly not that!)

So, in the re-languaging you and your FB cohorts have discovered in relation to when / how reviews are posted, I'd say that the new languaging is designed to create the assumptive that but of COURSE the guest will be leaving a review! The option / implication that a guest and/or host actually might not do so is no longer even mentioned!!

BTW: Did you know that Sigmund Freud's nephew created most of the fundamental principles used in Marketing? Subtle influences indeed...

Lol @Rebecca181 I feel like I need a couch to lay on just thinking about how all that works...

But yeah, I had dismissed this as a bad “wording update”...

Not quite Orwell or Freud, but your theory is certainly in the right ballpark..

In late 2012, Airbnb headhunted Douglas Atkin as Global Head of Community. Atkin is the author of a book called "The Culting of Brands - How To Turn your Customers into True Believers", and was the creator of "The Glue Project", a venture "dedicated to helping people make communities, and the loyalty that results"

He spend years studying how cults work, the techniques they use to suck people in and brainwash them into being blindly devoted, subservient and loyal to the cult leaders, and the psychology of how cults manipulate and control their members into doing their bidding. Atkin's area of expertise was how to use those same techniques in the business and corporate world, in order to make the minions similarly devoted/subservient to the global corporations they "serve"

Airbnb has been using every trick in the culting book on its hosts since around the end of 2013/early 2014, including restructuring the entire ratings, review and Superhost programme as a supposed "reward" system, when in actual fact, it's a punitive, abusive system specifically designed to penalise, manipulate and control hosts and their behaviour.

It works on the basis of something called the "Commitment Curve", which is structured to reel people in initially with a very low barrier to entry, then ply them with very quick "rewards", in order to get them hooked as quickly as possible. (such as, the newbie search boost, designed to ensure new hosts get lots of bookings straight away so they're locked in and beholden to the platform from Day 1. It's also why hosts can "achieve" superhost status after just 10 single night bookings and a handful of reviews. And even why you can reach "Level 10" contributor in the Community Centre in about 5 minutes flat). It's all about massaging people's egos and making them feel "special", so that they'll feel so enamoured by you that they'll happily and greatefully do whatever you demand of them.

Then, once you have the targets hooked, the strategy is to ramp up the pressure on them exponentially, with bigger and bigger "asks", and rapidly increase the level of demands on them as time goes on. (For example, gradually stripping people of their rights over their own homes and businesses, while making them jump through near-impossible hoops to please you and reach almost unattainable targets (the "f*ck-off metric", as it's known internally) - such as making Superhost status achievable now only at 4.8 overall rating, instead of the previous 80% 5 star reviews, while sending relentless "you need to do better" emails to hosts when they "only" get 4 star ratings)

The theory behind all of this - and the fundamental principle on which Airbnb has been operating for several years now - is that the more you demand of your subjects, the more loyalty, devotion and dependency you'll squeeze out of them, and the more you can manipulate them into doing your dirty work for you. The ultimate goal, of course, is to mobilise the troops to get out there fighting your corner for you (such as, using gullible hosts as "frontmen" and mouthpieces with city councils, politicians, media, local authorities etc). Unfortunately for Airbnb though, the vast majority of independent hosts and homesharers are now waking up to the fact that they're being used and abused by the company, and are finally realising that small hosts fighting Airbnb's battles, is like turkeys voting for Christmas.

Douglas Atkin quietly parted ways with the company in 2017, citing "other interests". Perhaps he felt that they'd taken his ideas just a little too far...