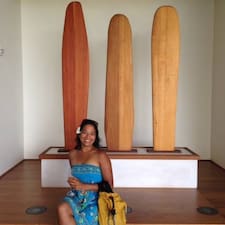 I have been an AirBNB host for over 5 years. I am a Superhost and an AirBNB Plus host.  I recently had a concerning situation and would like other hosts feedback.

The situation:
The guest made a reservation for 1 person.  He arrived at 11pm and I made sure he was able to enter.  He hurriedly said 'I'll be right back' and left the door of the unit and the gate door wide open and didn't return for the next 20 minutes.  I closed and locked both doors.

I asked him if there was someone besides him in the unit and he said 'yes, my girlfriend', so I asked him to please modify the reservation to 2 people.

He then stated that another lady friend would be coming over and I declined, stating that was not allowed by my house rules.   He got upset and threatened to leave.  He then knocked on my door.  I was afraid so I did not open the door and I texted neighbors and friends to standby in case of an altercation.  I also immediately messaged Airbnb.  I waited hours for a response, phoned AirBNB, and still was unable to get assistance.  I messaged with a customer service representative that I was concerned about safety and that I am not comfortable continuing the reservation and was told that the reservation is still active and I must continue the reservation.   Meanwhile, I messaged the guest asking if he knocked on the door and if he needed something to please let me know through the app.  He responded saying that he wanted to say goodbye because he was leaving.

Subsequently, the guest messaged saying that he forgot something and was coming back and would be staying the night.  I responded that I could meet him outside with his belongings but that I had already changed the code and could not accept him back due to inability to follow house rules.  Airbnb refused to cancel the reservation for me, so I placed a request to modify the reservation.

I am a woman who lives alone and was genuinely scared for my safety based on the angry response from the guest when I declined to allow additional guests.   I felt AirBNB provided me no protection and it felt like I had just found a guest on Craigslist and had no support for a difficult situation.

What experience have others had?

Loud relations, all day and night....Sorry, I can't help it, but you just channeled Eddie Murphy: https://www.youtube.com/watch?v=iB25eDhWImc&ab_channel=Movieclips

Your safety concerns are valid, but Airbnb does not provide security services. Even if they had canceled the booking (which they probably should have), you would still be the one doing all the dirty work. You're correct when you say it's not much different from renting to a stranger from Craigslist. Most guests are decent people, but it's essential for all hosts to have strategies in place to protect themselves and their homes, and not wait for an outsourced customer service subcontractor to resolve a live situation for them.

You said the guest "threatened to leave" - it sounds to me like the perfect occasion to take yes for an answer and insist that he follow through on his "threat."

@Andrew0   I think my message didn't go through.  That clip was hilarious, thank you!

I did accept his threat to leave but then he wanted to come back and I declined.  This is when I told AirBNB I felt unsafe.  Whether my perception of danger was accurate or not, it was very disconcerting that AirBNB insisted that I was obligated to continue the stay if the reservation was still active.

@Angie562 I also find that disturbing ; it sounds like you had a really bad customer service operator. As a listing service, Airbnb does not have the authority to force any host to continue a booking that they wish to terminate. As long as the guest is refunded for the unused nights, you always have the right to remove them from your home. If the problem was just that the reservation was still active, the operator should have helped you cancel it. 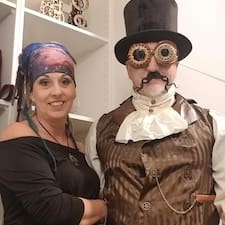 Why should the guest be refunded if you have a strict cancelation policy or otherwise? The guest made the host feel unsafe. They need to leave. No refund. Why should the host be out money? They could have rented to a decent human being instead of a jerk but the jerk gets their money back? NO!

@Kendra114 If you're going to refuse someone access to the home, you don't get to keep their money. Saying "I feel unsafe" doesn't create some magical excuse to profit from services you're not providing.

Host just lost the money they would have made if she had rented to a decent human being, but instead has to refund. Too late to take any new reservations to fill his spot.

On what planet is this just?

They created the unsafe situation. So basically, what you’re saying, is that any guest can make a host feel unsafe if they want their money back.

I have a strict cancellation policy. No refunds if a guest cancels. But if that same guest shows up and is mad and belligerent about this and I want them gone, so I cancel, they get refunded? Are you seriously saying this is okay?

And how dare you assume someone saying they feel unsafe is a magical excuse like it’s nothing. Pure sexism and condescension. I’m sick of it!

Yes, I was told I couldn’t cancel without penalties. WHY ON EARTH WOULD A HOST HAVE PENALTIES IF A GUEST MADE THEM FEEL UNSAFE?  This screenshot means nothing then…

@Kendra114  Don't get me wrong here, I don't believe a host should be penalized for terminating a stay if they feel unsafe. But if the host chooses to end the stay early, they have to refund the unused portion of the stay.

Eddie is a the best @Andrew0!

Only drama queens 'threaten to leave'. Actually, I am still stuck on the fact he wanted two ladies to stay, how daring.

Hi @Angie562 and sorry you had this experience. I've sent the information you provided to the Customer Service team and will update you via DM on this. Thanks!

Thank you, Nick.  I look forward to discussing this with you and will await your DM.