If there is a sex offender living on the street where I own a vacation rental listed on Air BnB am I liable for not disclosing that fact? I'm thinking of guests with small children or a single woman traveling alone, etc. If something were to happen could I sued for not disclosing that known fact? Does Megan's Law come into play in this scenario? 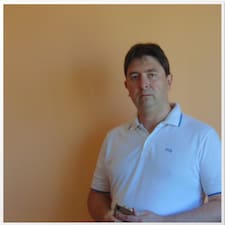 It will be very hard to find a street in the world, where non of them could be met. On every street on the planet, there is at least one of them. Even more then one.

True, but in this case I'm referring to numerous registered sex offenders, not those "in the closet".

When there is a public register  and anyone can see the records, there is no reason some third person (you) to be liable for this. It's between the government and the end user (the guest). And the end user is responsible to check the records, if he/she is interested about them.

@Dimitar27  In the US and Canada, when someone has been released from prison for serving time as a sex offender, the police have to alert the community where this person settles to live. If it's a pedophile, they'll be forbidden to be within a certain distance of schools, playgrounds, public swimming pools, and other places where children are commonly present. If they are caught violating this, they'll go back to prison, whether they were actually doing anything or not, as they will be breaking the terms of their parole.

You are correct in that these kinds of people live among us everywhere, and the fact is, most are never caught, or only years later, when someone who was abused by them speaks up.

@Linda1091  Yours is a really good question. I don't know the legalities of that, but if a were a parent, or a single woman, I would certainly want to be made aware- it wouldn't lead me not to book, as I know there are sex offenders everywhere who haven't been identified or brought to justice, but if I knew that the host knew, and didn't impart that info, I'd be upset. It would alert me not to walk that way and to avoid that person ifIsaw hemoutin the neighborhood. Whether it's something to mention in your listing, or to only mention to guests who fall into a vulnerable demographic, I don't know.

Sarah977 thank you for your reply. I do feel I'd like to be alerted to the situation being a single woman and also a parent and grandparent. That being said, this is a very touchy area and a slippery slope because it touches on not only public safety but also one's private life during or after they pay their debt to society. I agree with Susan1404; it is the person's responsibility to investigate if this is an issue they feel strongly about.

The reason I came to ask this question is I was looking to buy a house for a vacation rental. I checked and found out it's on  a street which houses several sex offenders. I became concerned about the liability on my part and the moral (and possibly legal) obligation to my guests. 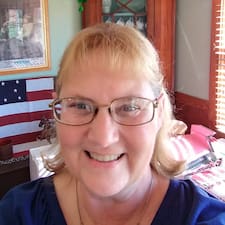 Thank you Susan. That's a different perspective I didn't consider. My thoughts and concerns came from knowing about it and not saying anything to my guests.

@Linda1091   I applaud your concern for the safety of your guests, but agree with @Susan1404  in terms of liability.  Is there something special that triggered your concern?

Hi Linda108. The reason I came to ask this question is I was looking to buy a house for a vacation rental. I checked and found out it's on  a street which houses several sex offenders. I became concerned about the liability on my part and the moral (and possibly legal) obligation to my guests.

@Linda1091 Megan's Law is a mandate that applies only to law-enforcement bodies. A host or other business owner is not designated as an enforcer of the law, so this does not apply to you.

As long as your listing's location is shown accurately on the map, there is nothing else that you're obliged to disclose about it. Guests who want to look up the sex offenders registry or any other info in the public domain when they choose a place to book can do so. The liability, if any, falls on the authorities that are designated with the task of keeping the public database up to date.

Thank you for the info. I've decided not to buy the house for reasons not related to the house on the same street with sex offenders.