Under this proposal residential property rentals would be restricted to a minimum of 28 days. Also there will be provisions that would establish a residential property rental permit and registry program. The Santino home-rental registry and permit program would entail a fee of $500 for the initial two-year permit and a renewal fee of $450 thereafter.

Santino indicated that the town’s building department would be monitoring short-term rentals sites and real estate listings to ferret out violations. 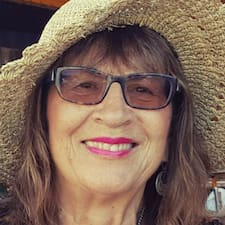 There is no other reason other than the Town of Hempstead's greed. These Control Freaks are getting itchy fingers to get to your wallet. Airbnb is doing an excellent job in policing its hosts to maintain their residences. Constant reviews keep in check every host. The amount of effort and finances hosts spend is far greater than what they get back. SHAME on those Lowlifes for even suggesting it! Vote them out!

It's a little bit more complicated than than Welcome!

No building development....condo/strata/management authority will allow short term rentals because doing so will result in cancellation of the developements building and general insurance policy! the reason for this is that the terms of insurance have been altered from that which the insurer accepted when they offered a policy.

Local government authorities are also well aware of this and that is why they take this line. There are numerous jurisdictions around the world where similar laws are in force and it is not just a money grab as you put it....It requires a concerted effort to work with ahthorities and insurers to find an equitable way of solving this issue.

Home hosting is here to stay, we just need to find a way to all get on the same page! 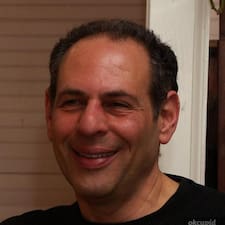 I think the answer Rob states is completely misleading. (this: Insurance policies have been modified since issuance and the companies will cancel your policy if Insirance company finds out you have short term guests/tenants) You can inexpensively arrange a renters insurance policy for short term guests.

Your in Hicksville, wait Town of Oyster Bay is sure to follow!!!

Since I am from the Town of Oyster Bay, can I attend the Town of Hempstead hearing and take part? May I make a Statement? 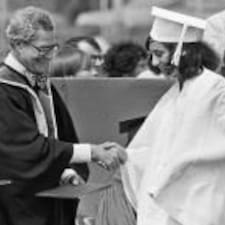 Yes you can attend tommorows meeting. They will have no idea where you live. Sign in use a Town of Hempstead city and SPEAK! The owners need voices.

Huntington was considering a ban on all rentals less than six months duration. Does anyone know the result of their Town Board meeting from earlier this year? 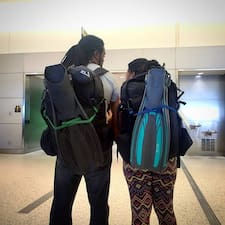 Norman, a ton a hosts showed up and the Town scrapped the idea and compromised by limiting the amount of days the host is allowed to rent their property annually.

That's great news! How many days are they allowing as a maximum and is this final? Has the law been enacted?

I agree. You can tell their true intentions by the fees they are attaching to the rental permits, which many of the incorporated villages inside of the ToH already charge.  Are we as property owners supposed to pay now for two rental permits?  One from our village and then one from the Town?  Additionally, the Village of Hempstead has ZERO hotels or motels! Other villages have that capability.  Removing a homeowners ability to host, especially if they fall within a village that does not have any hotel/motel options only exasterbates the issue or being able to bring businesses and tourists into the area.  I think decisions such as these should be left up to the individual incorporated villages who already regulate rentals within their jurisdiction.

I'm still pissed about this meeting also being held at 10:30 am during the week!  It's very sneaky!

This is devestating, unfair and unconstitutional.  We keep a gorgeous home, have a strict long lease and vet our tenants very well with a questionnaire.  Also, the house is better maintained than it could ever be with "long term rentals" where owners can't get into their own homes.

Is there a class action suit I can join?  This will essentially shut down my rental income from my Lido beach  home.

Please reach out to me at 1933ancil@gmail.com and include your contact information.

I wrote an email to the Town of Hempstead and was told this from one of the ToH's attorneys, William Muller:

"In a Township of over 800.000 people I have not received 400,001 complaints. But The Town Board has received dozens from the area surrounding the coliseum and along the south shore. The Town wouldn't be acting if that wasn't the case.  As for getting copies of complaints I would refer you to the Town Clerk's office to fill out a FOIL request."

He also stated that he did not know if the ToH would reserve decision after the hearing on Tuesday. I am attempting to draft an opposition response and also attached the Airbnb Policy Tool Chest, as well as a compromise that was enacted through the Connecticut General Assembly to be submitted into the record.

They are jacking up the rental permit fees which were previously only $50-$150 (with inspection).

I printed and reviewed a copy of the resolution and it seems to have a slight loophole for homeowners.  Here are the highlights.

-The last sentence under scrope states, "Any dwelling unit or any other premises subject to this article shall be presumed to be rented for a fee and a charge made IF SAID PREMISES ARE NOT OCCUPIED BY THE LEGAL OWNER THEREOF."

-Transient Rental Property is defined as

(A) A rental dwelling or dwelling unit occupied by person other than the owner or a family member of the owner and for which rent is received by the owner, directly or indirectly, in exchange for such rental occupantion for a period of less than 28 nights.  For the purposes of this chapter, the term "transient rental property" shall mean all non-owner-occupied dwelling units rented for a period of less than 28 nights and shall not include...."

(B) Outlines the Presumption of dwelling unit as transiet rental property. (See subsection 1-2) where they specifically mention Airbnb, Home Away, and VRBO.

Will anyone be attending the meeting on July 11, 2017?  I will be at work, but I'm going to try to use the weekend to draft up some sort of response.

Everyone on airbnb who has something to loose should be at this meeting on July 11th at 10:30am.  If there is not large public outcry this Town Board who only cares about getting on tv and in the papers will pass this law.  I promise you that.  They are arrogant and stupid.  They have no idea how hard we struggle to keep our homes a pay our taxes.

Airbnbers should start a class action lawsuit agaisnt the town this is a violatio of civil rights and the Constitution.  We should be able to do what please on our own property.  The law speciffically says that Town Officials will search the internet looking for violators.  This is crazy big government overstep into our personal lives.

Be outraged come to the Town Board meeting You are allowed to refuse your personal information other than your name to a town official.