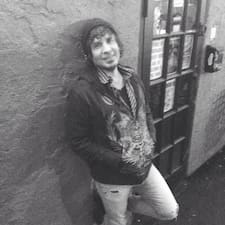 Hi. Could someone help me out here?

My account is still on limited access for a week now. It was put under limited access because a CRaZy guest walked into one of my locations and said he smelled the resemblance of marijuana.

Although I don’t reside at the location, we have smoke detectors, security cameras and a 2 residents there that would never allow such a thing to happen. Of which I have a cam recording of the conversation between the guest and both residents stating such.

Additionally, there are signs that state that there is no smoking allowed with a $1000 penalty for each and every violation of that rule. No one dares to smoke anything in the house.

The Airbnb agent Daniel, in your Trust and Safety department handling the investigation, was emailed all the videos last Saturday and then again on Wednesday, proving this and other claims that I made against the guest. One claim, for being naked in the bathroom with the door open which was reported to me by the resident and partially caught on cam. Second, guest was seen on cam checking other guests doors. Entering unauthorized areas and rooms. Rummaging through other guests food items in the kitchen.

I have not had one bit of reply communication from the agent Daniel since last Tuesday. Although I’ve message numerous times and have made a call to speak to another agent. I haven’t received one booking or new guest inquiry from the Airbnb platform which I solely rely on for my income since last Saturday when my account was suspended.

Here’s the hurtful part. I was messaged by a former guest who stated that she tried to book a room for a one month period but was unable to book. I lost a $1600 booking and Airbnb lost a $200 fee. She instead rented a hotel.

I feel this whole incident should have been handled better, logically and more efficiently.

How can one guests false accusation shut down a long-standing 6 year Superhost account? To add insult to injury, I’ve never had such an accusation before since the inception of our 6 year relationship.

I’m hoping Brian Chesky will be copied on this message.

@Danny37  This isn't Airbnb customer service- it's just a discussion forum for hosts and guests. So no, your post won't be copied to Brian Chesky.

Yes, it was horribly unfair of Airbnb to suspend your listing for a bogus complaint. Other hosts have experienced the same thing- suspended listing because a guest falsely claims there were undisclosed cameras or bedbugs, or that they were sexually harrased or discriminated against. Airbnb seems to consider hosts guilty until proven innocent, even if they have hundreds of rave reviews.

All I can suggest is that you be persistent and patient- their CS dept is virtually non-existent at the moment and both hosts and guests aren't getting timely responses. 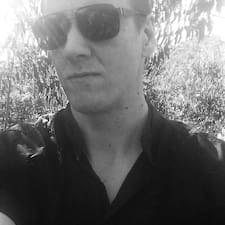 AirBnB has been gradually turning to crap from the top and all the way down to it's new guests. For this reason, I will be pausing my listing with them. 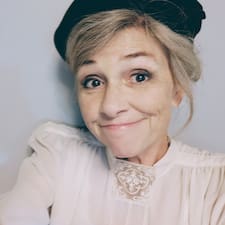 Is it possible that the cameras are part of the reason for the suspension, @Danny37 ? I'm thinking particularly of the part where you say the undressed guest in the bathroom was partially caught on camera. I do, of course, understand this to mean that the camera wasn't in the bathroom -- that the guest could be filmed only because the door was open -- but that might have customer service on alert.

"...we prohibit any security cameras and other recording devices that are in or that observe the interior of certain private spaces (such as bedrooms and bathrooms), regardless of whether they’ve been disclosed."

It's not cool that you are being accused of a smell that isn't there, but I'm wondering if this is the answer to your question of how can one false accusation, etc. Just a thought.

I assure you,  ABB CS doesn't give a darn about marijuana use.    Something else in this tale is significant.

Good luck,   both your listings show up on your profile from here but I cannot access either.

I suspect @Lawrene0  and @Kenneth12  could be right in that something else is going on here and the cameras could have something to do with it.

Why would the guest be stupid enough to be checking locks on other guests' doors and accessing restricted areas if she knew she was on camera (I trust @Danny37 has all the cameras disclosed on his listing)? Possibly she was just crazy or possibly she didn't read the full listing and now has an issue with being filmed...

Does anyone know if Airbnb has to tell us what a guest has complained about or can they claim that some of this is 'confidential', even if they decide to suspend our listing? I once called CS to ask them to help me evict a problem guest. The rep told me the guest had already called them a week ago about an 'issue' with her stay, but didn't tell me what that issue was. They had never contacted me to ask me about it either. I assumed that's because they, like I, thought she was batsh*t crazy and didn't feel her complaint merited following up, but why not tell me what it was?

@Huma0As far as everything I've read on these host forums over time, Airbnb does indeed refuse to disclose why a listing was suspended in many cases. Do you remember David, the host who had an Airbnb in an old converted train station, I believe? He was a long time, successful host who contributed regularly here. He was delisted by Airbnb for some supposed infraction and Airbnb would never tell him what the complaint was. And I've read many similar stories.

"You've done something horribly wrong, according to a guest, but we won't tell you what you've been accused of (because obviously you know, and even if you don't, it's confidential) and as far as we're concerned, the guest couldn't possibly be lying, so you are guilty and have been booted off the platform."

Yes I do remember David. Oh what a shame! He had such a unique listing and obviously put his heart and soul into it.

What you say makes sense. However, I think that it is the host's right to know why they are being delisted. How on earth can they contest it if untrue, let alone improve things if it is true?

In my case, it was a bit different. No case was opened following the guest's complaint. She was so crazy in her communication (I'm talking about 'Condom Girl' here) that I reckon they just dismissed it. Things were definitely decided in my favour because the communication clearly showed that she was breaking the rules and was unhinged and hundreds of reviews showed that her complaint was non-sensical.

However, I do know that not all hosts experience a positive outcome in similar circumstances. I was luck in that all of the reps who dealt with this (I believe there were three), were rational and well trained. Those were in the days when I still got through to the wonderful call centre in Ireland.

@Huma0 "However, I think that it is the host's right to know why they are being delisted. How on earth can they contest it if untrue, let alone improve things if it is true?"

Well, of course any sane person would assume that one has the right to know what they have been accused of, especially if the accusation leads to dire consequences. Can you imagine being arrested by the police and not being told what you are charged with? Then convicted and jailed, still not being told why?

However, Airbnb has set itself up as judge, jury, and executioner and made sure that its TOS allows them to operate so. They obviously don't want hosts to be able to contest it. 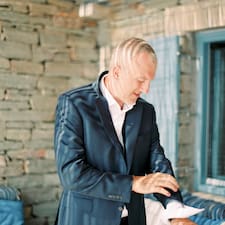 This is why I hate Airbnb.  Its run by fools.

Are your camera's fully disclosed on the listings and not pointing towards private areas such as bathroom/bedrooms?  I am wondering if this might be the issue.

Also I note several guests noting concerns about cleanliness of communal areas during Covid. What systems do you have in place to keep these areas clean and protect both your tenants and guests?

I wonder if concerns about cleanliness under COVID/CCTV camera's which cover the bathroom might be more likely to be the issue?