What a great Community!

Adrienne hates a knock on the front door!

She hates it because, she has to put so much effort into getting there to answer it.

More often than not she will not answer it in the hope that whoever is there will give up and come back later when I am around.

The knock today was quite insistent and it appeared the person knocking was on a mission so....she had no option but to make the effort.

On opening the door she was greeted by this for a Robin Shannon and her heart sank.... 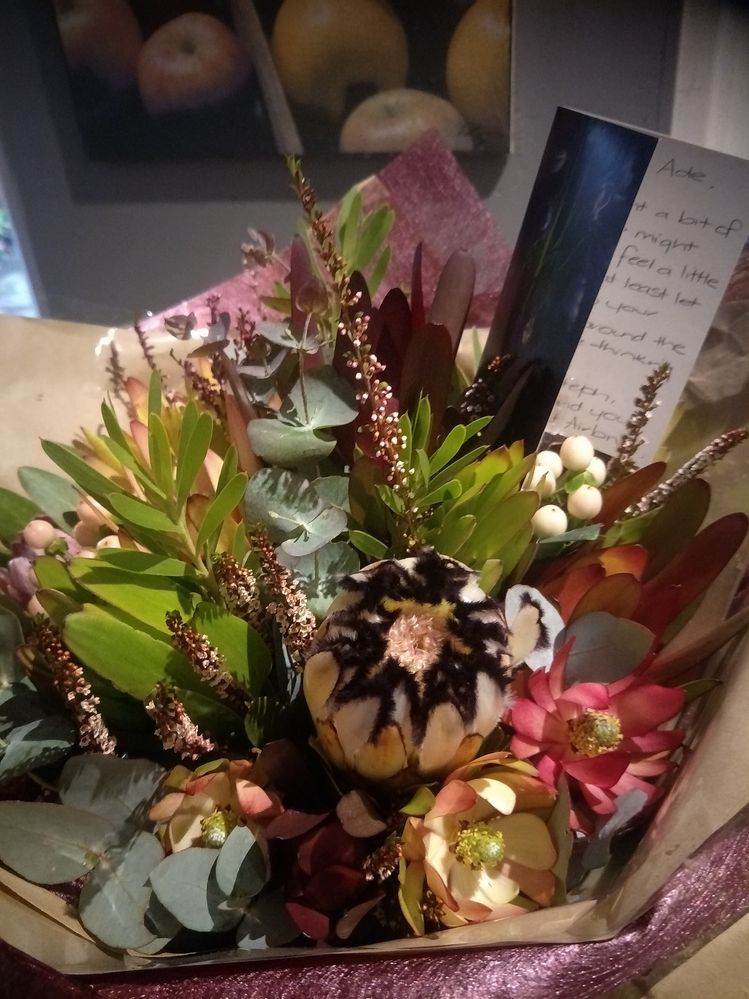 What has he been up to that warrants someone sending him flowers!

The poor delivery driver must have thought.......'What an odd reaction from a woman receiving flowers'!

Ade wrestled this really substantial bunch all the way to the kitchen bench. All through our married life I never thought she doubted me.....but here it was.. In the words of Buggs Bunny.........DIS HERE FOLKS, IS EVIDENCE!

She sat there looking at it, like it was a recently dug up World War Two hand grenade.....was her life about to explode??

Her inquisitive nature eventually got the better of her, she opened the envelope with one hand, and the kitchen knife drawer with the other to be at the ready for a showdown!

Out came this lovely little card from  @Lizzie  @Stephanie  @Quincy  and the Community, and she had a little cry.....partly in relief, but mainly for the beautiful gesture from a whole lot of people, only one of whom she has ever met!

What a wonderful thought guys. I know and appreciate the thought that went into this and so does Ade.... 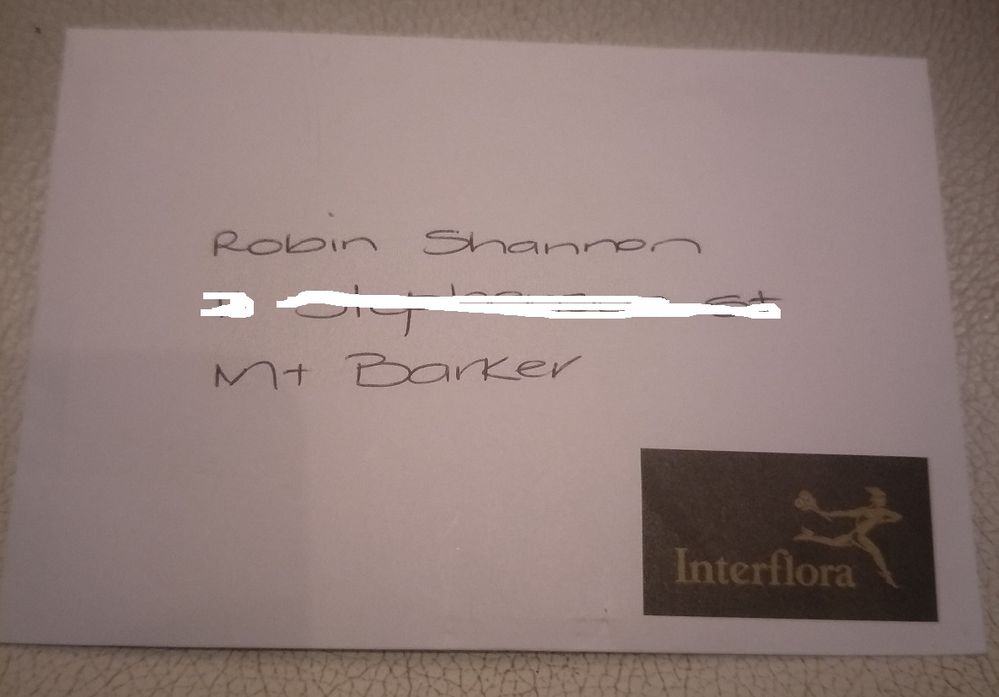 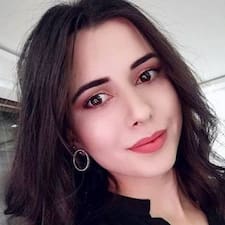 What a lovely gesture! 😊

Isn't that an incredibly sweet and kind gesture from @Lizzie  - haha trying to find your name Lizzie came up with about 60 more Lizzies! & @Stephanie and @Quincy who both pretty much came up straight away as first cabs off the rank.

@Robin4 what are the various flowers?
Are they all native of Australia?
It'd be nice to share what they are for others in the CC who may not know what they are.

All the best from over the blue ocean in New Zealand

Botany was never my strong suit Helen, but I can tell you there are 4 different types of Banksia in there and some eucalyptus gum leaves. The rest escapes me I am afraid.

But I can tell you it was particularly well chosen. That arrangement will last literally for months...and I am going to make bloody sure it does!

Aww, I'm so relieved they have arrived with you at last @Robin4!

It's certainly been a little eventful getting this bouquet to you. I actually asked for them to be sent to you last month, and then I had to cancel it as I know you went away. Then I had written a long note for the card, including references to pavlova (as you do!) and then I heard back that my message was too long...then they arrive with just your name on them...eventful! hehe

Well they are for the both of you, so I do hope they bring you both a little brightness during the Winter months.

I know you would have put a lot of effort into that Lizzie, but as I said to @Helen427  that was an amazing choice on your part. In 5-6 weeks that arrangement will still look just as good as it did when it arrived here today.....so clever of you. Most flower gifts come in the form of Gerberas, Roses other fancy flowers that are gone the second you look away!

Ade has taken over the placement of this bouquet and she has banished the Peace Lilly from its pot and put this array in the Den where she can sit and look at it as she watches the Poms get thrashed at Cricket!!

Thanks guys, your efforts were worthwhile Lizzie, you probably don't fully realise how much joy you create!

PS: Her attack has passed Lizzie and although her movement is just a bit harder than it was, it is coming back....wont be long before she is back to this again...... 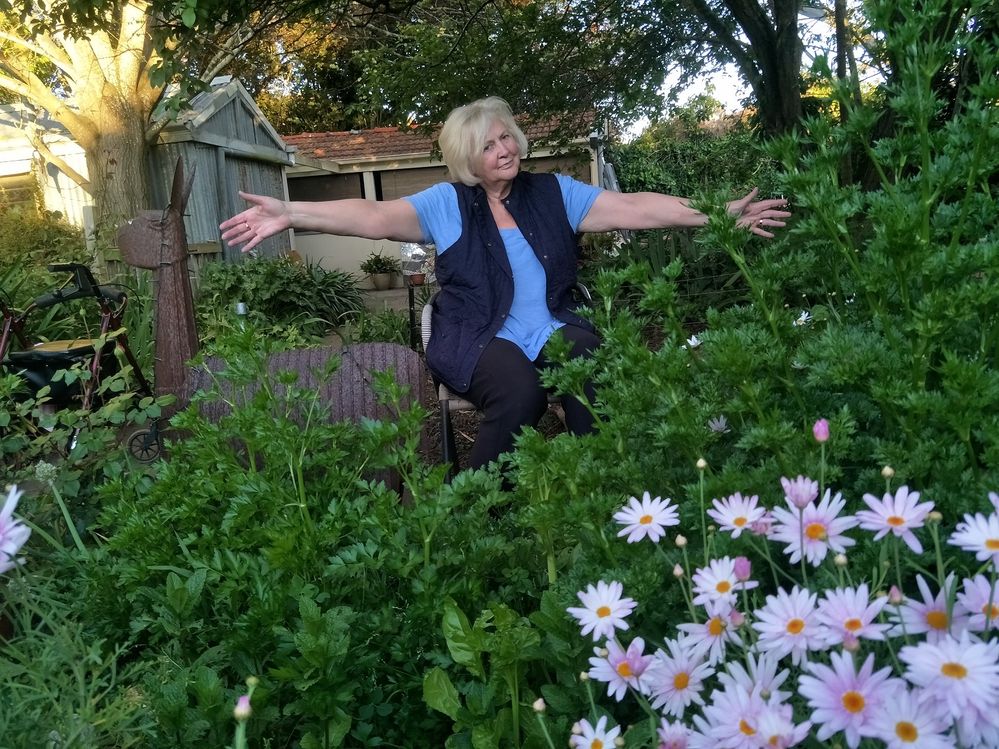 Wouldn't you love a patch of Parsley like that?

@Robin4 I have to say, she looks AMAZING!! And not just the appearance, she does look like an amazing and warm person on the inside too, you are one lucky man 🙂

I met her on a blind date! That was back in September 1969....the moment I saw her I knew this was where my life was going. I was not paired with her that night but, I made a point of being close to her and before the night was out we had a date....and the rest has been history. 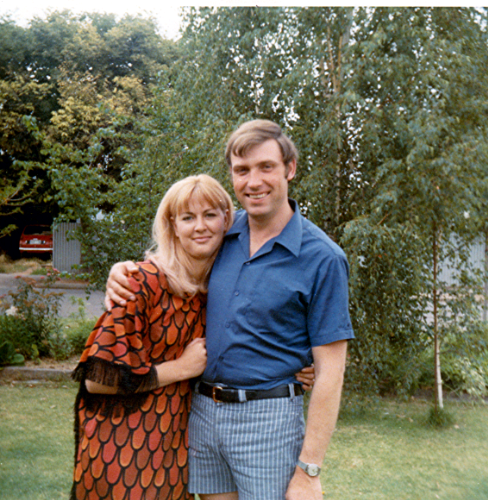 I think she has weathered better than me Ana! :-((

I sort of think she is a lucky woman too Ana. When she was diagnosed with MS we started going to the support group meetings and the thing that struck me was the number of single sufferers! As soon as the partner found out what the problem was they would p*ss off for greener pastures, and I vowed and declared I would never do that! I think the MS made a man out of me, it made me grow a backbone and realise, when we make a commitment to each other we do it come what may....and I did!

@Robin4 She definitely is 🙂 People dream to have love like that, I hope I get it and I hope you spend many more years together and as happy as it can be 🙂 On a side note, we just had a research here on couples where one of them was diagnosed with a chronic condition. It turned out that 26% of the men filed for divorce and only 5% of the women but in general increases the chances of getting divorced by 40-50%. In my opinion marriage is all about committing to take care of someone, everyone can be happy when things are going smooth, it is difficult times that make us stronger and better 🙂

Now that is what I call a good parsley patch, wow, you better get cooking @Robin4. You could make a nice parsley sauce out of that...

Anyone got any nice parsley recipes? 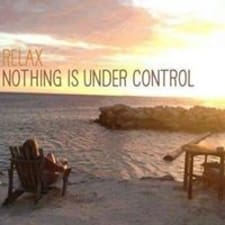 Beautiful flowers! And an even more beautiful story of love !

Love always leads to a good life Linda, if the love is there the obstacles are easier to face and deal with.

We have had some heavy duty challenges, but we have got to do more things in this life together than most couples do....here we are, 50 years down the track and the love is still there! That's more than 70% of couple around the world who start out, can end up saying!

So, despite the down times, and there have been a few  I think we were both just lucky we made that decision half a century ago! 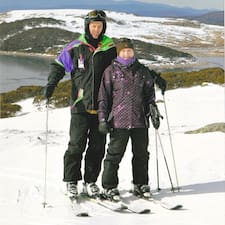 @Robin4  Lovely gesture , Im sure Lizzie and lots of others  really appreciate your community input.

Its fun reading some of your posts. Have a great day guys I know your copping some bad weather right now, Stay warm in your little love nest.

I’m loving the good news about Ade! Send her Garry’s and my best wishes and  kindest of regards for your current cold weather to be less “bitey.”  🌴🌼