Who needs another story about retaliatory / revenge reviews? 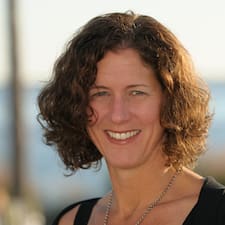 However I'd like to highlight to @Catherine-Powell that after 7 years of Superhost status without a single miss, I just lost this status in the period ending 3/31/21 due to a single 1-star revenge review from a guest who was charged for damage and extra cleaning for a party she threw against House Rules.  Normally there would be enough total reviews that the occasional revenge review wouldn't matter, but not so last period with bookings way down due to the pandemic.

Some here may say...

"It's a feature, not a bug, to dissuade hosts from enforcing House Rules or making damage claims."

"Stop obsessing about ratings and Superhost status, it's just control psychology and status will bounce back quickly anyway."

"In fact, Airbnb wants you to leave because they have a glut of hosts; now more than ever, their biz depends on driving demand (guests), not supply (hosts)."

Also add "If I gave up hosting during the last year, I would have kept my Superhost status." 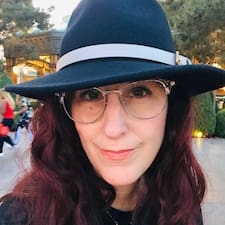 Talk about revenge @Becky88 ...My THREE listings with Airbnb are currently SUSPENDED  after a retaliatory and completely false claim of "spying" from a guest that recently stayed with us. Why?  Because we held her accountable for not following the rules and rates that are clearly outlined in our listing. We reside on the property full time and rent out a detached ADU with an upper level apartment.  We saw her and her 3+ guests with multiple cars come and go from our property and when asked if she had an extra guest, she said yes, so I casually sent her an extra guest fee for a total of $60 to which she adamantly said "I'M NOT paying this" and "you are being deceptive by changing your listing.  Mind you, she paid an extra guest fee for the 3rd "registered" guest.

So, here i am, a 15 time Superhost with now three (had four before the pandemic) properties that I have had on Airbnb since 2017 with over 2200+ reservations and 550+ reviews with a 4.90 average!  I have maintained Superhost status from inception.  I have been a host on VRBO/Homeaway since 2005.  Never have I had a guest make such false claims only to then receive an email (no phone call) from Airbnb asking me to comment on four questions, telling me my listing (all three!) are currently suspended until a complete investigation takes place and if I want to talk by phone to email "Enrique" and he will set up a time.  I immediately answered these questions providing our side of the story in which I also asked to be called.  NO PHONE CALL to date and we are going on one week now.  I have received ONE email only in regards to my follow up response. I have emailed "Enrique" every day.  I have called Airbnb support line only to have each person tell me I cannot "talk" directly to this "investigative department", but they will pass along my message.  I am beyond frustrated that ONE guest with ONE review can hold my listings hostage.  I am beyond SHOCKED that Airbnb has not communicated well. Not provided a timeline.  Not provide any details of what we are being "accused" of.  And not provide a 15 time Superhost with some sort of respect after all the years and money we have given to Airbnb.  This guest decided notify us of the extra guest.  It's very easy to update a reservation on a guest side.  She decided not to follow the rules and had at one point five people and more than two cars.  We know this not because we were "Spying" but because we reside on the property and my husband, who works in the lower office space of the ADU and has two windows; one that faces the main street and one that faces the driveway to where the guests are to park saw the four guests leave, come back to the apartment and leave again, walking past his window in the driveway.  The guests also yelled up our driveway to my son in law who was working on his vehicle (all four of them were present) asking a question to him about all the cars in our driveway and if they were "ours".  To which he answered with a head shake of "yes".  I guess this is "spying??"

The entire question/perception of us "scamming" and being deceptive about our fee structure could have very much been avoided if Airbnb would have listened long ago to the recommendation by me to break out the "extra guest" fee charges like they do for cleaning fees rather than clumping the extra guest fee in the nightly rate!  I tried to explain this to the guest but she obviously couldn't comprehend the numbers and breakdown.  I even showed her a screen shot of the owner's breakdown invoice I received from her reservation with the separate guest fee broken out showing that she paid the same amount on her end it is just outline differently but in the end the numbers are the same.

AIRBNB, please consider that many of your hosts rely on rental income and for you to not, in a timely manner, address such claims and with little conversation, is very anxiety producing and quiet unfair.

Has anyone else experienced such suspension and what was the outcome?  Timeline?  What can I do? 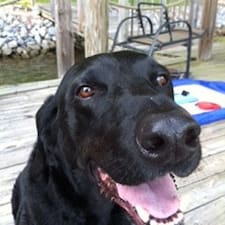 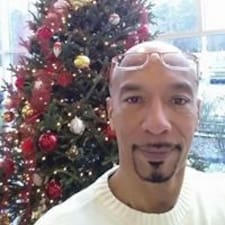 A similar thing happened to me ...super host for a few years but two guest got upset with each other and created a tit for tat with them ..both double parking one guest one night and the other guest the next night...I guess they wanted to get back at me for getting them to park correctly. I do see a pattern though with Air BnB‘s policies… They seen use “ policy guidelines “ as an excuse and throw word... when all it takes is a human being to look at the situation and not just go by the word of the Guest. If that’s the case “ karma“  is on its way! 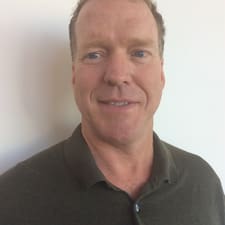 Airbnb needs a dedicated superhost line to handle these types of situations.  With a team of specialists who can use DISCRETION rather than follow an algorithm or flowchart.

Im sure that's what Twitter and Facebook have relied on to some extent and that whole situation is an abhorrent mess! It does seem logical in concept.

Your post is post No 497 that I'm reading in wich a host complains about an unfair, reteliatory review and airbnb not deleting it.

I think You will agree that airbnb not deleting Your review is not an accident, it's not a mistake and it is not an error, it is their official policy not to delete unfair reviews. So we have to ask ourselves:

@Ute42   My sense is airbnb CS has marching orders and they cannot break them.  It's a outsourced company and they have no ability to remove any review unless it violates specific things.  They probably guess giving CS too much discretion to remove reviews is a bad thing and take a hand's off approach.

But airbnb has a big blind spot about this.  Allowing revenge reviews makes many hosts reluctant to raise any issue with a guest group.  It makes you want to leave the guests alone even if the neighbors are complaining about a loud late night party, cars parked everywhere, garbage in the yard, etc.

Next thing you know, the local community gets together to ban out of control airbnb's.

The airbnb host is THE control point and should be treated as such by airbnb.  They need to have a special group to deal with this stuff.

Hopefully somebody at airbnb reads this forum, but I doubt it.

I agree with You, this is one of the reasons why airbnb does not delete unfair reviews.

But I think this is not the only reason. Does anyone have more ideas why airbnb does not delete unfair reteliatory reviews? 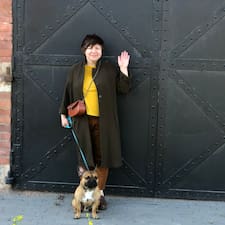 Another reason is that airbnb would prefer to avoid a 'big company tampers with reviews' headlines in the New Hampshire Gazettes.

There is a workaround to a ret review, hop on one leg and say the secret spell - Catherine Powell - three times and the review will vanish magically.

I didn't know that reviews vanish if You shout „Catherine Powell“ 3 times. Thank You for sharing that secret.

@Ute42   Because they are guest-centric and guests would complain if their reviews were removed, even if they were full of lies.

Also, how does Airbnb really know if the guest was lying? Well, if the host has 100 reviews saying the place was uber clean, and an outlier saying it was filthy, that's a pretty easy call.

But what if a host only has 4 reviews? Maybe the host had a new cleaner who did a lousy job, or, unbeknowst to the host, didn't even show up to clean. How does Airbnb draw the line? One outlier review in 100? In 4?

I've certainly read reviews on listings that have pages of reviews that have me scratching my head. Like half the reviews will say it was super clean and the other half say it wasn't clean. Or that the host was great, really responsive,  and others that say the host never answered their messages. What goes on there? Are the bad ones  all revenge reviews, or is the host inconsistent?

Something needs to be done about the retaliatory review issue, I'm just not sure what or how. Maybe a guest who has been asked to pay for damages or kicked out for throwing a party shouldn't be allowed to leave ratings, which is the bigger issue. They could still be allowed a written review, because the host can respond to that, whereas hosts can do nothing about that vile 1*.

@Sarah977 “Maybe a guest who has been asked to pay for damages or kicked out for throwing a party shouldn't be allowed to leave ratings”.

That’s a great solution to the problem. Don’t want to remove the review? Fine, then remove the stars. I would be perfectly fine with a clearly retaliatory stinker review sitting among my glowing reviews as long as the idiot guest wasn’t allowed to take down my ratings.

@Colleen253  Any "solution" that would require a host to deal with CS to convince them to remove a rating or review isn't really a solution. It would have to be programmed somehow so if a guest was flagged for damages, parties, etc, they just wouldn't be given the ability to leave a rating at all.