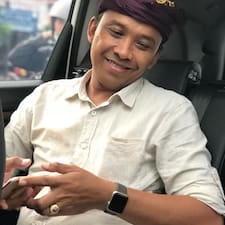 We are doing little by little to be more eco-friendly. Just wondering is there any special badge or stamp on our listing or account when we do this?

Any tips/suggestions are greatly appreciated.

@Island-Escape1  I like this idea, but I can see some problems with handing out a badge without being able to prove anything, unless it's a badge that claims "we are committed to use eco friendly methods where we can".  Certainly you can write that in your listing.

I feel like an 'eco-friendly listing' badge could help to attract more guests who care about that, which would be a good thing, but I don't think it would necessarily deter the ones that don't give a **bleep**... (PS, am I allowed to say **bleep**?)

**[Inappropriate content removed in line with the Community Center Guidelines]

@Huma0 @Gillian166 We'd prefer it if it remained respectful and void of any name calling, which I'm sure makes sense. 🙂

No one was calling anyone names.

Actually, the word I was trying to use is not a 'dirty' word and probably not what you think. If you've ever watched Gone with the Wind, you might be able to guess...

@Huma0 I rather meant the use of bad language instead of name calling, apologies for that.🙂

I haven't seen Gone with the Wind but I heard it's quite an essential, I have it on my list already!

@Island-Escape1 It's a very interesting suggestion, thanks for sharing! I'd love to hear more about the steps you've taken to become more eco-friendly. 😃

If you had grown up here, you probably would have seen it so many times. It was ALWAYS on TV when I was a kid, but then I am a lot older than you.

Anyway, the word I was using is also in the most famous line from that film: "Frankly, my dear, I don't give a bleep." I was going to link to a clip, but that would be a MASSIVE spoiler if you haven't watched it yet.

The film was made in 1937, so it's not really that salty a word! However, I can see that it might be offensive to some due to a religious connotation.

haha @Sybe  that's a joke between @Huma0  and myself, cos that word slipped through once before. No biggie, i wasn't using it against anyone of course, although your comment implies I was doing just that.

@Gillian166 I know this was a harmless exchange, don't worry. 😜

It may not seem that for others though hence a friendly reminder!

You could do everything possible, but getting the guest to follow your idea is almost impossible, cant even get them to turn off the A/C when they go out,

As far as I am aware, there is on stamp/badge for the listing. Not a bad idea though. Wonder how it could be verified though as Airbnb do not go and check out every listing... 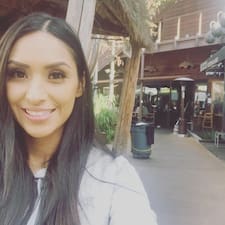 Do you continue to provide toilet paper for longer term gues...

What have you done to make your Airbnb stay stand out from t... 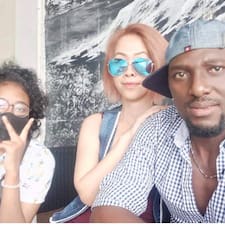 Ideal Ideas for a new host

How to Clean Laundry with Vinegar