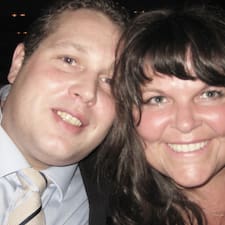 Just some first thoughts after running through the site.  Maybe others might chime in but a lot of ground was covered previously.

1.  Interface.  The logic behind the redesign is solid.  While the premise is fantastic, this version of the final product feels clunky.  Based on the premise that Airbnb is actively chasing the "unique travel experience market" - without mentioning any specific sociodemographics - this boils down to travelers that have a some cash and follow the holy grail of everything being tailored to a local experience.  That market and every other one as well now wants quick and easy.   Personally, this feels at certain interaction points a rehash of the best ideas of the web combined with too many options. It is actually somewhat confusing.  This feedback coming from someone very comfortable using tools to organise and manage large amounts of data/projects/people.  Give me a reddit type of interface or something in between.  Not more and more.  The old adage that less really is more comes to mind.

2.  Involvement.  I see what you did there.  So no more community managers but instead levels of participation.  So following this scenario to its end point means drop off of the most experienced contributors whilst trying to motivate people via their own initiative and appealing to the inner ego.  Maybe it is better to change the wording of levels in light of contribution?  Seems a bit Y2K or IBM 3rd party support site.

3.  Host Features.  Honestly speaking, I am still struggling to find out why meetups and the potential to schedule them were not included as part of the core release. It just forces everyone to Facebook.   What a wasted opportunity to prevent drift out of the Airbnb Groups and solidify Airbnbs "community" focus point.   Reminds me of a certain advertising campaign that was dead panned by SF a couple of weeks ago.  As others have mentioned as well, ease of use to contact members directly and update.  Logically it makes sense, but practical is never as direct as logical.

4.  Purpose of the test group.  I feel somewhat like a lost sheep jumping around the different areas testing things out as part of this group.  Would it not make sense to ask for specifics in terms of the goals related to the redesign?  Obviously Airbnb is trying to accomplish something here and Chip Conley or one of the others will be at the Paris Airbnb open touting the successful relaunch to lots of hand clapping.  With that event only a couple of weeks away - what are the most important areas to be looked at to ensure the launch success?  This goes beyond features, but more specifically to the point of making sure key executives can trust their end product.  Let me know what to test and how to report it.  But probably to late for now.

Thats my quick feedback. Also - where is my city in the mix?  I didn't see any Oslo love in the city listing overview 🙂

Best Regards and hope this has some value. 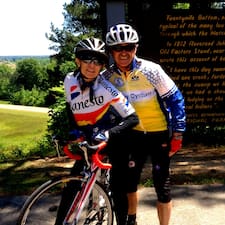 Hi,  I too am a bit disappointed that our local group Traverse City Michigan will be eliminated.  We were just starting to get organized to fight the County, City, and Township officials who are inflicting lots of financial damage on local hosts.  Many people have received loss of PRE (Primary Residence Exemption) which essentially doubles property taxes.   We just don't need this at this time.  Regards,  Curt 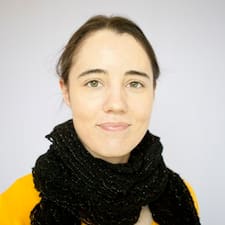 Some good feedback here! Something that I should mention is that the new forum is not only an enhanced version of Groups ("2.0"), but a new forum platform that works in a different way and caters to a wider member base, and so the features and platform functionalities here are a bit different too! Meetups, private messaging etc. highly-wished-for elements by hosts are definitely on our priority list, and also based on the feedback we've already seen the Meetups tool as well as the old Groups platform for hosts is going to stay open an extended period of time, until the 25th February, while we work on these elements further.

Thanks for your comments about the interface too - we are collecting everyone's feedback and working towards enhancements. Levels too actually, this has been asked about a lot and currently the names are a bit like placeholders until we have a good view of this in terms of feedback and capability, and what we could eventually name them with. At the moment additionally, for recognising existing Groups contributors on the new platform, we have a few initiatives that we are planning and can talk about soon. 🙂

I'd like to hear more if you have any ideas and feedback about the "Levels"? @John-Richard-And-Hilde0 and others? 🙂 We will note them down for when we plan these in more detail. There is another discussion about that here, if you'd like to participate too!

John Richard, note that I had edited your post according to your wishes earlier. Normally I'd send a DM to you when we have that functionality ready so you're aware. 🙂

Just logged in to web site and all GROUPS - appear to have disappeared already. The closure of the groups was supposed to be delayed until February to give time to iron out teething problems.

I feel plunged into darkness!!

Also 'Host circle' seems to have disappeared from this Community site menu.

Don't worry, Groups is still open, just not linked everywhere as we are preparing for the transition. Lizzie has posted a link to it here in case you didn't have it bookmarked and need access.

As for Host Circle, I just checked and see it in the menu. Anyone else having this issue? @Maxine0 can you refresh and let me know if you still can't find it? We'll investigate in case there is a bug. 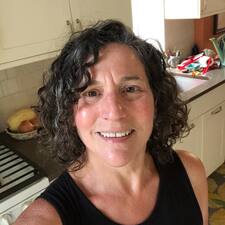 Host Circle is no longer on my menu...

Thanks for highlighting this. I wonder has this board returned or is it still missing from your drop down? Also, as this is a closed board, just to check are you logged in with your Airbnb account linked with an active listing (you should also see your profile photo in the top right-hand corner of your page if you are logged in)?

Thank you, yes. It was an issue of not being logged in. Funny that I'm automatically logged in when I go to my Airbnb listing/dashboard, but not here at the Community Center.

Ah that is good, thanks for letting me know. Yeah, I find that it sometimes likes to do that - I have got use to just double checking now! 🙂

Hehe.  Glad I took a time out.

So the solution to revamping groups is to cut and start anew. Awesome to see new features that will benefit both guests and hosts!  The mantra of if you build it, they will come - floats up.

Fantastic initiatives and I have faith will work out!

****NOTE ORIGINAL TEXT REPLYING TO SHOULD BE ABOVE NOT BELOW****

Sorry for the late reply and apologies for implying 2.0 anything 🙂

You specifically mention levels as an interest point that could be enhanced. My experience is levels is really phpBB - tacky and provides no insight to who is answering aside from you have answered x amount of posts over y period of time.

Instead of levels, why not scorecard on number of reviews, people hosted/trips taken and number of replies to the forum area.  This is a much more informative mechanism to evaluate the worthiness of responses.  People will vote for best answer or like regardless whatever the circumstance of the post.  It also provides incentive to keep contributing more to Airbnb whether it is forum, travel or host involvement.

I don't know if my feedback has any value Marjo, but just let me know where we can contribute to this redesign.  Happy to help out!

Hey @John-Richard-And-Hilde0, definitely all your feedback is very valuable to us, and so I wanted to point you to the feedback thread in the Getting Started section which we have set up (in case you didn't notice yet!). It's a bit more visible there and we are keeping an eye on the thread, so we can be up to date with everyone's feedback and suggestions. You're welcome to discuss things in the Living Room too of course if you wish.

As for the levels, I noticed you mentioned post count and older forum platforms - the algorithm for the Ranks/Levels actually takes into account other activity as well, not just posts, exactly as otherwise it might be a bit too simple, and also people might e.g. try to post and post and post things that add no value for the community, and kind of "game the system" that way if they only really wanted to climb up. So we've tried to make it to take more into account.

As for integrating the levels with other Airbnb statistics, that's an interesting view and we'll keep that in mind when we do further development! The levels are meant primarily to live on the forum-side only, to incentivise forum engagement and include a fun added element to it for some members who like that sort of thing. 🙂 (granted, not everyone enjoys everything, which is pretty normal on forums! but hopefully we will find a good balance together).

[Game] Anagrams: Dishes of the world

What made you happy today?