Where would you go on vacation this year? 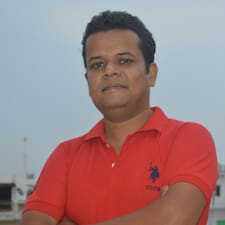 If you had to go on vacation this year, where would you go? 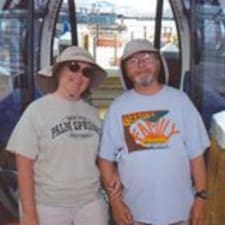 Hello! I would go to Mexico. It is close enough for me to drive there, and a lower cost than anything in the U.S.A.

Where in Mexico would you go? I spent four months travelling around the South Eastern part but there is so much more I haven't seen...

@Huma0 I would go to Ensenada -- just south of San Diego where we have grandkids. It is very popular with people from Califoria. Same climate as San Diego, 1/2 the cost and a pretty easy drive. The only hassle is getting Mexican insurance for our car.

I have never been to Puerto Vallarta, but I have a cousin who went there for a month in the winter, about 10 years ago now, she paid $400 for the month in a studio apt that she really liked. Prices have gone up, but there are still very affordable places to stay! It is pretty hot there in the summer. I think Puerto Vallarta is very popular with people who have to fly in, big nice airport with direct flights from Seattle and LAX, & Europe too, I suppose. You do not even need a car, everything is very close and walk-able. That is where I would go if I were flying and leaving my car at home!

Yes, I do remember hearing about Puerto Vallarta when I was travelling in Mexico, but we never made it that far West. I will keep it in mind for the future!

I have always wanted to go to the Carribean, one of the hosts on here has an island in Belize, that would be super cool. Except, I can't afford it!

The water in the Pacific is much cooler, that is what makes it ok to go in the summer. No coral reefs on our west coast. Puerto Vallarta is on a large bay, so not huge waves and a nice beach. My cousin raves to this day about the seafood. I am not too aware of much culture, except beach vacation tourist stuff. Mazatlan would probably have the Colonial Old Town and beautiful old churches and it is not just totally tourists. If I were driving and going on a longer trip, I would love to go there. It is a much bigger city than Puerto Vallarta, I would want to have a car there, but if you just went to the beach and the old town you would not really need a car there. (And, as a Californian, I really like to go places in my car. I drive to Seattle when I go back, ~1100 miles, because I want my car while I'm there).

I think you must mean Fred. Sure, I would love to go to his island too but probably also out of my budget. When I was travelling through Mexico and Guatemala, I really wanted to visit Belize, but my boyfriend was not keen. He thought it wasn't safe and also too expensive for our very tight budget. After a lot of arguing about it, he got his way and we drove straight through Belize without stopping. Such a shame! He admitted after we arrived back in Mexico that it had looked really cool and maybe he had been wrong. So, one day, I'd love to get the chance to go back (without a bossy boyfriend).

@Huma0  While Belize was some of the best snorkeling I've ever done, otherwise, I didn't find it that different or memorable.  I can't recall a single thing about the main city.  If you ever go back to Central America, go to Costa Rica.  That was truly a paradise and one of my top 3 vacations ever.  It had everything...Carribbean beaches, rocky coastline on the other side, volcanos, jungle and cool cities.

Yes, I've heard amazing things about Costa Rica. The problem is the flight prices from the UK, but sometimes you can find a bargain, so you never know...

I am not sure I will go on vacation this year other than the UK as I need to get my passport renewed soon and we have major delays at the passport office due to the pandemic.

However, if I had a chance, I would go on a beach holiday (preferably somewhere with some cultural things to visit too and amazing food!) because it's been ages since I have chilled on the beach with a good book, whereas I get to travel more to cities due to my work.

Suggestions are very welcome, but Southern Italy or the Greek Islands spring to mind. 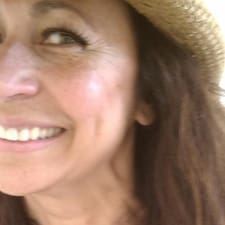 @Huma0 @Shwetank0 @Mark116 @Ann72 @Ted307 ,  come to Cape Cod, Massachusetts!  Culture, history, beaches, seafood, and more!  I have had the honor of hosting many guests from many countries!  Fly into TFGreen Airport (in Rhode Island) or into Logan Airport (in Boston, MA). I'd be happy to host a fellow host!

Have always wanted to spend some time in New England. I went to Boston for a day when I was 13 and touring the East Coast with my family, but that's about as close as I have gotten. would love to explore the area!

Well if you guys ever plan to come to India, do let me know

Lol, you're obsessed with driving!