Untruthful reviews - common or not? 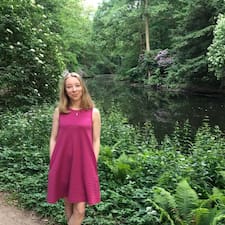 Hi!
I'm an economics student at the Technical University in Berlin. For my master thesis I'm looking at the prevalence of fake reviews on Airbnb. It is well known that there are a lot of untruthful reviews on Amazon, and that they have a meaningful economical impact on the sellers and buyers there. There is however not much research done on the other platforms.

If you are an Airbnb host, then I'd be grateful if you spared 5 minutes to answer my questionnaire. I'd like to get representative data, so I'm looking for answers from all hosts, also those who have never even heard about this topic. The survey is of course completely anonymous and I'm not asking for any data that could be used to identify you, except for an optional email address at the end of the survey, which you can provide if you would like to receive the results of my research.

I was going to answer your questionnaire and I started, but when I came to questions for which no appropriate answer was allowed, I quit and erased the results.

I have never heard of anyone “buying” or soliciting false reviews. I haven’t done it, I wouldn’t do it, and I don’t intend to ever do it.

And if other people are doing it I hope they are deeply ashamed. I don’t want to hear about it.

You need to get rid of the “have you stopped beating your wife” questions if you want to produce significant statistics.

You would be more likely to elicit useful data if you asked about “revenge reviews.”  This is very common.

Guests use the review process to threaten hosts who try to enforce the rules, extort unwarranted refunds, damage the competition, or just out of plain meanness.

Airbnb will allow blatantly false reviews to stand unless they violate guidelines that have nothing to do with veracity.

@Brian2036 Thank you for your feedback. I was surprised by what you mean with "have you stopped beating your wife" but there was indeed an error in my survey. After you answered "no" to the question whether you ever asked anyone to write a false review, the remaining questions for this topic should have been skipped, but were not due to a mistake. It would be great if you could give it another chance, but nevertheless I thank you for spotting the error!

I appreciate your sentiment regarding the "revenge reviews", but they are a separate phenomena that would also be interesting to explore in another paper. My work is however focused on hosts own actions.

> And if other people are doing it I hope they are deeply ashamed. I don’t want to hear about it.

I don't know whether anyone is doing it actually. I hope that with your and other hosts help I can find the answer to that question though. Maybe it turns out to be not common at all.

@Aleksandra200   Brian's example of "Have you stopped beating your wife?" is just the most common illustration of a loaded question (Fangfrage in German), which presupposes notions that may be untrue or irrelevant and funnels possible responses into the questioner's agenda.

Page 11 of your study asks:  "If you were to buy a review or ask someone to write it, when would you do it?"

But you don't provide a "none of the above" option for hosts who would not consider committing review fraud. This is the equivalent of "If you were to beat your wife, which of these three objects would you beat her with?"  I refuse to answer a manipulative survey.

Anyway, I think you might be reaching out to the wrong segment of the hosting world on this particular topic. These community forums are almost exclusively the domain of conventional hosts, i.e. people who list and manage properties they own themselves. The fake/mercenary reviews you're asking about do exist, but they're primarily found in the growing segment of Airbnb listings run by high-volume property managers. They have the capacity to create several guest accounts that look legitimate to dilute poor ratings, as well as fake "host" profiles to obscure the true scale of their operations. Airbnb treats these operators as VIP clients, with special features and privileges not extended to traditional hosts. Surveys viewed by a few dozen people on forum posts are not going to yield enough data to be statistically significant, but there are many ongoing investigations into the shadier would of property managers, so your research would be well served by contacting some of the journalists involved in that.

(I wouldn't expect to find much on an Airbnb-owned forum, though - it's a data-sensitive company, and the community members who have posted the deepest analytics on that have been unceremoniously banned from contributing).

@Aleksandra200  It seems decidedly strange to do your master's thesis and take a survey based upon a false notion that hosts solicit fake reviews. I'm not sure where you got the idea that it's some prevalent issue, but while it might happen occasionally with the type of listings Andrew mentioned, I can assure you that it's not some common practice among hosts.

And it would be a counter-productive thing for a host to do. If a guest arrives to find a listing falsely advertised, with a bunch of misleading reviews, the guests will cancel and leave, and get a refund.

And if hosts were doing this, how many of them do you think would fill out a survey admitting that they  were cheating the system?