WiFi speed test is not accurate

WiFi speed test is not accurate

The built-in WiFi speed test is not returning accurate results. We have 1Gb symmetric fiber. The speed test built in to the Airbnb app is consistently returning results which are 30% lower than other apps/sites (SpeedTest.net, Fast.com).

I'd prefer not to post results which are arbitrarily low.

@Emilie why does the posting of two wifi speed testing sites contravene the community guidelines?

@Mike-And-Jane0 Let me take a closer look - I'll get back to you shortly!

Did I miss something? What are you referring to?

Thank you for your feedback on this tool! There's more information in this article on how exactly it works, what it's testing, and what might affect it - I'm not sure if it helps but I thought I'd share just in case:

I appreciate all your comments though, and share your thoughts on this with the team!

Hi Emilie. Thanks for the response! I do hope you'll share my findings with the technical team, and I appreciate you doing so.

I shouldn't get such different results between Airbnb's speed test and multiple other providers when I'm testing back-to-back using the same device in the same location with the same network utilization in the house.

Based on your post, I have connected with the technical team to look into this and confirm if there is any bug. Will keep you posted regarding any update I receive. Thanks for sharing your concern.

@Josh1349 I have connected with you in DM as I would require some more details if possible. Thanks again.

This internet speed thing is problematic, at least in part, because of perception. Let me explain.

First, just an observation, but fibre here in Europe is pretty ubiquitous.

Our home (where we live) is fitted with fibre, and we have a base rate of 600mb. I can upgrade to gigabit or even 2gb with the click of a button, but it's much more expensive, and frankly, I don't know what we'd do with that bandwidth.

Ok, so I'll get to the point: In many places around the world, you buy say, 100mb fibre, but actually get 10 or 20mb average. Sometimes you might get 100, but it varies, widely. I think many people are used to this.

Here in Spain, we have a law that forces internet providers to actually deliver the bandwidth that subscribers pay for, so if you have 100mb, you're likely to average that amount, 24x7x365. Often, with 100mb, you'll get 200mb at times, because that raises the averages from times when they're delivering less than what was subscribed. And I suspect guests might expect much lower speed than what is claimed. Because that's how it is in many places.

Most people are used to big numbers. 100mb, 500mb, gigabit. They really believe you have to have that bandwidth or else it will be slow.  But in reality, 100mb is very, very fast.

Case in point: Our STR is a rural property where fiber just isn't available. We do have wimax, which delivers about 12mb consistently and reliably. With this bandwidth, we can run 4 separate Netflix UHD streams, simultaneously while many different smartphones or tablets are surfing the internet or even on zoom or WhatsApp calls. All without any noticeable glitches or slowdowns. This is the practical capability, not some arbitrary number.

The point is this: bandwidths are so high these days, that people have no understanding of just how fast they are, and have set unrealistic expectations of what they actually need. Or perhaps they're just accustomed to not getting anywhere near what they subscribe to. So, the faster the better. Gigabit will do, because I know I'll get 100mb or so. And I need that. Right?

In our STR, we deliver internet speeds verifiably suitable for everything they need, but I'm not inclined to tell them what the actual speed is, because they think they need a minimum of 100mb to survive. In practical use, it delivers more than enough, yet, many might avoid booking it on that misguided metric alone. So, I'm not inclined to run that test and broadcast it to the world.

And never, ever, has anyone ever complained or mentioned "slow internet". Ever. And we've had quite a few seriously internet consuming "digital nomads". Never a complaint.

But they've never been given an actual speed value. They might complain if they knew that actual number. But it has nothing to do with the practical use of it, which all seem to find perfectly acceptable.

Thanks Elaine. I think what you're getting at, and what I agree with, is that Airbnb shouldn't post the numeric speed test results, but just have it say "fast" for example (e.g. if you're above some Mbps rate).

None of this is true in my case. I tested from the same device (my phone since you can't use Airbnb's speed test tool on a non-phone) while all other internet activity in the house was constant, and I tested multiple times with each service in succession. Results were consistent. E.g. I'd get 624M down via SpeedTest_dot_net and then 399M down in the Airbnb app, and then 600-something via Fast_dot_com.

I assume Airbnb reduces the result to temper expectations...? 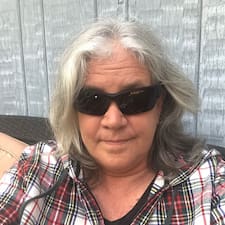 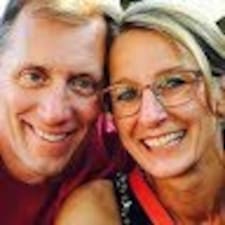 Can there be two Airbnb sites for one address 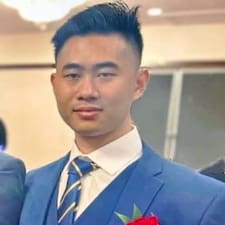 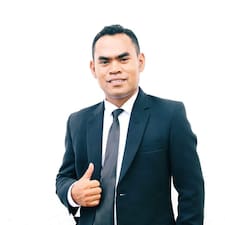 Advertising my Houseboat in Airbnb 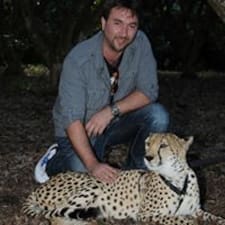 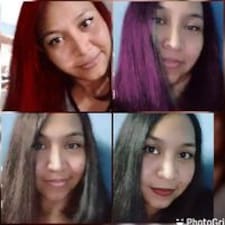