How do you communicate with your guests?

A guest checking in is an important moment, and also something that everyone likes to do differently. The first time the guest sees the accommodation and meets the host (if you are present), it is important to make a good first impression.

Guests may have many questions before and after booking, and good communication helps to make everything easier and more pleasant especially in these times.

Whether you're an on-site or off-site host, good communication is key. Hosts have ensured that the experience remains personal for guests with some off-site hosts providing tasty snacks or lovely handwritten notes which sometimes can be difficult when managing your listing from a distance. Off-site hosting has at one point almost become the new norm due to restrictions!

How do you communicate with your guests? What do you do to ensure a smooth check-in?

Let's see what tips we can come up with on this! 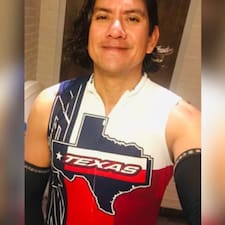 I usually communicate with my Airbnb guests through emails before and after. Long term stays I provide them with my cell number for quicker responses, questions and emergencies.

@Stephanie   I offer no contact check in and check out.  Therefore, the guest expects NO contact with me on the day of arrival.  I have booking acknowledgement and confirmation emails outlining the communication timeline and I offer to engage in phone conversation.  I send a detailed Welcome Package PDF and request that the guest acknowledge via email their receipt of the PDF. 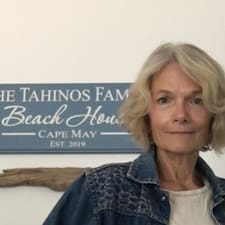 My first guest is arriving today and I want to send him a PDF Welcome Letter. I don't see anything on the Reply setting for the reservation of how to include a PDF in a message. Suggest 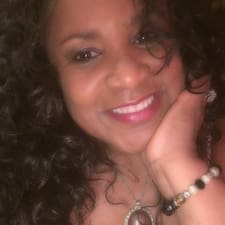 Hi @Lorna170 That welcome packet sounds like a great idea. Do you have a sample of that that we could look at? 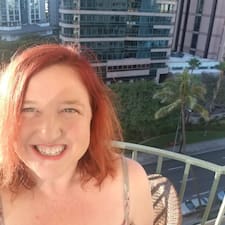 This is an interesting post. I normally message my guests info, leave it on a laminated card in room for their reference during their stay, and I greet them most of the time.

Though with Covid I was considering asking if they have a preference...like....I am happy to greet you and give you a brief tour, but if you're more comfortable with a contactless arrival then that is fine.

I think it is a different situation when you live in the home though. I live here and rent out my guest room. If I'm here I feel like it is awkward and unfriendly not to greet them, but maybe that is just me. 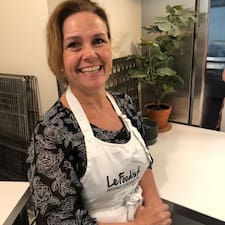 I personally message my guests prior to check in with check in instructions and a welcome and then I message them again the day after check in to see if there are any questions or problems.  I do this rather than automated, because as a guest, there have been times when my internet is down and I haven't been able to retrieve the automated messages, it's stressful, I don't want my guests to experience this.

For check in, we always meet & greet, unless the guest arrives late.

Prior to and following arrival, we use WhatsApp for just about all communications.

First, everybody has it, so it's not as if they have to download something.

Second, it provides instant communication, and transfer of all kinds of media. Documents, photos, links...

If anything is amiss, they can write me instantly and we can address it, or vice-versa. No waiting for email or the Airbnb snail mail system.

But it also provides a critical function for our business;

I always ask the guest when their flight arrives. I always send a welcome message about a half hour before their flight landing. I can see they haven't received it. When I can see they've received it, I know they've landed. And it doesn't matter if they respond, I know the average time from touchdown to arrival, and therefore, I can be pretty sure when they will be arriving. No waiting around.

I suspect a lot of hosts are using WhatsApp. 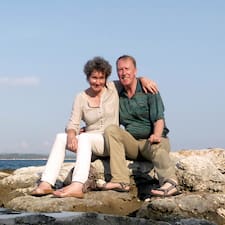 Communication is the key! We already tell a lot with our Airbnb profile, so we also expect to hear from our guests: Who they are, where they come from, why they are traveling to Stuttgart. If necessary, I ask.

On site, I use our chalkboard: I then call this non-digital or analog communication. And the welcoming text on the chalkboard creates a positive atmosphere right from the start. 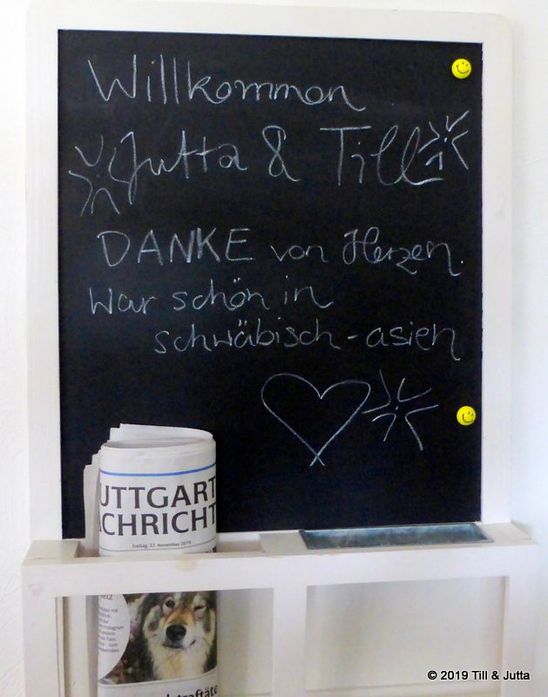 If there are important things to clarify, I stay with the Airbnb messaging system. Only in exceptional cases I switch to Whatsapp - and then copy essential information from there back into the Airbnb system. This way, the support team also has access to the information.

We always use the Airbnb messaging system for important communications, such as dealing with "issues".

However, it's been my experience that Airbnb support rarely seems to review these messages when dealing with any conflicts or support issues. In virtually all support tickets I've ever had to create involving communications with any guest, I've always had to direct support people to the message thread, and even then, they don't seem to read it.

For example, when a guest agrees to something, then later claims they didn't. Or when they admit to damages or admit to a violation of house rules. It's as if it doesn't matter. If they now say no, then they say no. It doesn't seem to matter what they said previously, or acknowledged or agreed to prior to their booking.

And messages on the Airbnb system are often ignored, or at least never responded to. At least on WhatsApp, I can see if they've received it or read it. On Airbnb, there's no way to tell.

Guests often decide to go somewhere else after their flight arrives. Maybe shopping or visiting the beach. If I used the Airbnb message system for routine communications, such as asking when they'll be arriving, I may never receive a response, and might be waiting half the day for them. And if the guests have a problem, say, no hot water, or just asking for a restaurant recommendation... I might not receive the notification until the next morning. Not good. Responsiveness is important.

And most certainly, every guest we've ever had overwhelmingly prefers to use WhatsApp. But then, it's extremely popular here in Europe.

There's some very good uses for WhatsApp or any other instant messaging system. The Airbnb message system is simply inadequate for those purposes. And the records of conversations isn't necessarily considered in support issues.

But yes, anything important should be put on the Airbnb record. And I always do that.

In fact, WhatsApp has a commercial system, precisely for businesses. I'd suggest that Airbnb should look at integrating it, rather than treating it as unsuitable for host-guest communications. It would probably be a big hit with both guests and hosts!

@Stephanie  As soon as they book, they get a thank you from me.  In that message I let them know they'll get more information closer to their trip, but to let me know if they have any questions in the meantime.

Six weeks before their trip I send them a "highlights" message - activities and restaurants they might need to book ahead of time, resources for local info, and a link to the guidebook.

Ten days before their trip they get the driving directions and the house manual.  I say to let me know if they need anything else and to have a wonderful time.

That is the last they hear from me unless they need something.  My guests are almost all coming for a getaway and they don't need me breathing down their necks during their visit.  I want them to feel completely at home and unbothered.  Some send me a message when they arrive, some when they leave.  This year, more guests than usual have messaged during their visit with a question or a remark, but that's pandemic travel anxiety at work and I like to make them feel at ease with quick responses.

Yes, we like to leave the guests alone. You're right about that.

However.. 10 days in advance with driving instructions and house manual? We used to do that about a week in advance. But we quickly found that it was always lost in the "noise" of their week, almost always resulting in a frantic last minute request for it. And you know, most guests never read the house driving instructions or house manual on Airbnb that they can access after their booking.

Also, a bit off topic, but related to driving instructions... When you create your listing, you point to a location on google maps, and Airbnb calculates a postal address from that. For most people, that works fine. But we're in the countryside and have no postal address, so the address that Airbnb calculates is actually about 2km down the road. So, we had to point that out in our online location description on our Airbnb listing. Don't use Airbnb's link! Use this instead >our google maps link<.

Anyway, We now send all that information the day before their arrival. That seems to work better.

@Elaine701  I love how every host successfully meets their guests' needs in their own way, don't you?

This is the part where I make my first impression. In those initial ten seconds, the guest gets a precise idea of ​​who is in front of him.

If I interact with a student, I dress casual, if I meet a professional I dress more formal. I choose shoes carefully.

I catch his eye: the simplest way to create contact with him.

I nod my head. I don't swing my legs.

I turn off the cell phone or the ringtone. I tell it. I make him understand that he is important and that I have put him at the centre of my mind.

I call him by his first name during the most important stages of the signing of the lease. I encourage him to do the same. We are not just anybody, we are Emily and Mark or Brian or Aaron.

I don't interrupt him while he's talking. Silent for a couple of seconds, I finally speak.

I only use present tense verbs. I have abolished the word "problem" and the conjunction "but" from my vocabulary.

I try to avoid criticizing. If I have to, I start with an appreciation. The criticisms cause resentment.