We've been seeing more of the Host Advisory Board members in the Community Center and it was great to meet some of them at our social meet-up the other day too.

It's time for us to share the March Spotlight member and their update from the Host Advisory Board’s activity: the wonderful @Merrydith0  from Tasmania, who is representing the group this month. Take a look at this article in the Airbnb Resource Center for more details of her journey to Hosting, joining the board and what the board members have been up to last month.

So you are able to start a conversation, we made this thread so you can reply below. 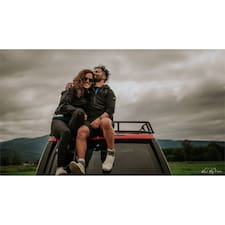 such an inspiration. She has so much passion to help the hosting community 😍

nice to meet You.

I did read the linked article on how You started out with airbnb and how You helped hosting-newbies to get the ball rolling.

We hosts have been asking HAB Members several times what they are currently working on, in said article I did find a list of Your planned activities. I'm copy and pasting this information in here for others who don't click onto Stefanies link:

Here’s what the Advisory Board has been discussing recently:

Stay tuned for more from the Host Advisory Board. We’ll be sharing updates from the board’s monthly meetings, along with tips from board members.

Who decides which topic makes it to the HAB list of activities? 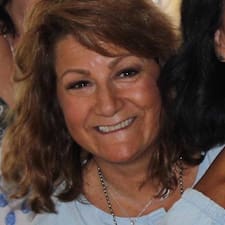 Thanks for your kind words. Yes @Ute42 we are working on the things you listed, but we are working on so much more. As HAB members we cannot discuss anything that has not been made public yet, and as a board we are in an advisory capacity, but as hosts we definitely push for reforms that will make hosting fairer, safer and more enjoyable. All the board members are there for one reason- we love hosting and we want to make it better for all hosts. I know that has been my reason for volunteering for nearly 5 years as a host leader, setting up a club, running a Facebook page and giving every spare moment to helping all hosts.

Thanks for Your answer. You said: „As HAB members we cannot discuss anything that has not been made public yet“. Does that mean that You cannot talk about subjects that haven't been approved by airbnb upfront?

The most interesting topic from the above list for me would be the disputed guest reviews. Now, this topic obviousely has already been made public. Could I now make proposals concerning reviews and could You or other HAB members discuss these proposals with me in public?

The topic of reviews is being worked on and I know it has been made public that we are, but I still can't talk about any specifics. I can sat that in my work on the Tasmanian Facebook page and my work with other Australian Club pages, I have dealt with "revenge reviews" and other unfair review situations. I am also hugely into host education, because there are many problem with the review process, but some are preventable through hosts educating themselves.

House Rules are really important to me as well. I am always surprised by the number of hosts who don't have any.

We are definitely working towards a fairer system of reviews, but also to building stronger education of both hosts and guests in this area.

Thank You. I'm afraid I didn't clearly say what I wanted to say.

My understanding of the HAB was, that we, the international Host Community, would make proposals to the HAB members. These proposals would be discussed in public on here, then there would be some kind of voting to select the most supported proposals and then You, the HAB-members, would present said proposals to the airbnb-management.

Is this how the HAB is intended to work or does it work differently?

Yes Ute, I am with you, I also find it incredibly strange that a board that is set up to represent hosts is to operate in secret and is precluded from discussing their operations with hosts!

What on earth is the function of a host representative board that can't interact with hosts!!!!!

But I do understand, this is exactly the way Airbnb operates, one arm of the company is not allowed to know what the other is doing and it filters through all aspects of the company. We see it with untrained support staff where many just take a stab at company policy without having a guideline framework to work with.

I spent the year of 2017 in support and I was officially advised, on entering and on leaving, by the legal representative from the company that during my time there I was legally forbidden from publicly discussing the operations of the branch I was working in. On leaving I was to destroy any saved information that I may have accumulated and was to make no references publicly about my job!

I have only ever wanted to help people and through my time spent there I could have brought a wealth of information back here to help hosts and better make them understand how to use support and get the best out of it. I feel I could have stopped a number of issues ending up with support by educating users how to use it.......But no, those operations have to remain secret, and that brings me back to the point of this post.

We the user do not get to say what we would like with Airbnb.....we are told what Airbnb will accept, and those two points of view are oceans apart.

But I am afraid that is just the way Airbnb runs!

Although the tag was wrong I think you were probably referring to me Mary!

In Australia, 'Possum' is a term of endearment, a term you would use when talking to a friend!

Have you ever watched Australian actor Barry Humphreys alter ego 'Dame Edna Everidge'? He refers to his audience as his possums.

If it was me you were referring to, in no way was I attempting to patronise you for your thoughts regarding this thread and I feel somewhat hurt by your implication!

Thanks for letting me know about the incorrect tag. I'm afraid I did find the PM patronising especially as you contradict yourself. Ute seems to be saying very much the same thing as me. Lets organise ourselves to be of assistance to HAB. I had no intention to hurt your feelings. I suppose I could have just put up with your message? 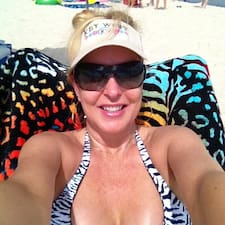 I am interested in this area being discussed because I have had revenge reviews with people who have been given house rules and resort rules to follow and have agreed to do so but when they got there they wanted to do what they wanted to do and caused me to be fined in the process. They refused to pay the fines and then gave me a bad review which Airbnb refused to remove. Airbnb also refused to hold these guests accountable for their behavior even though they agreed to my House rules which they were given two separate times before arrival. If you can prove something is true and the guest is lying that review should be removed. And the guess should be held accountable for their behavior in May to pay for those fines because they are part of the rules of them staying. I complain to Airbnb a number of times last year on this very subject. 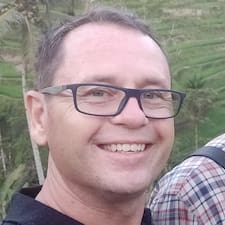 It's an interesting situation. I am both a host (several properties) and a regular guest. Recently I was abused (at length) by a host for a rating of 4 in one area, which given the number of listings, would not affect his rating one jot. The rest of my feedback I provided by the private feedback section, which I felt appropriate given it was suggestive rather than reactive and he went to 'town'. Ended up needing AirBnB to intervene and they temporarily suspended his listings (not something I advocated for). He was totally OTP and wouldn't listen to any advice (from me or AirBnB).

My point is that I discovered Hosts might need education on the difference between what is seen by guests, what is used for ratings by AirBnB and an understanding of averages!

As a PS: Is anyone else having problems with AirBnB customer service staff not reading the messages which relate to the enquiry? I have had several instances of having to lead them through the whole scenario (again). Mind you, it does seem to be a constant issue with AI driven customer service. 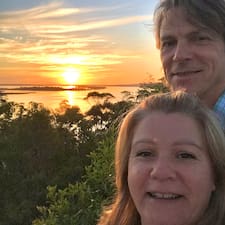 Yes I totally agree that reviews need an overhaul as they tend to back the guest more so than the host at present especially in regards to guests who are first time ( and sometimes reluctant) airbnb users and dont understand that it is a community that takes rules very seriously and not to judge their stay on having "too many" rules ! as was the case when I lost my superhost status because said guest didnt like the rules that covid protocol brought along with my own and rated me in her review accordingly...I have consequently had a tough time getting my superhost status (that was untarnished for five years) back !...which incidentally gives cause to introduce some way to keep Superhost status if it has stood steady for a certain amount of time and not instantly lost by one single unfavourable ( and questionable) review !

Well we could decide on our priorites to go, via HAB, to the Exec. Further to your question to Meredith