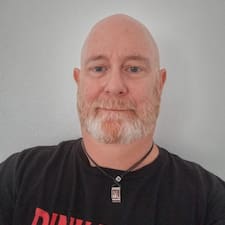 I host a listing for a House for $150/night.  I had just changed it to that price this  morning.   At 3:30 or so in the afternoon I received a booking inquiry (I have it set to have the guest request if no reviews) for $132/night and not really paying attention accepted the booking.  I'm not looking to change it, I just want to figure out how it happened so I can avoid it in the future.  I have no discounts set at all (as far as I can tell), and I would do 10 or 20%, not the 12% that this was.  Anyone have any ideas?

I simulated some bookings on your listing, they all show $150/night and no weekly/monthly discounts or other discounts. Was the old price $132/night ? Can you provide a screenshot ?

@Russel302  This doesn't pertain your question, but as far as:  "I received a booking inquiry (I have it set to have the guest request if no reviews) ", make sure you understand the difference between an Inquiry and a Request- they are handled differently, and the terms aren't interchangeable.

And even hosts who use Instant Book still receive Inquiries, if guests have questions before deciding to book, and Requests if the guest doesn't meet the host's IB requirements.

That's the where I'm stumped @Emiel1 @   I adjusted the price in the morning, but it was never $132.  And I had discounts before, but it was a few weeks ago.  Also today I received a request from someone that didn't meet my instant book and that had the correct amount.  I'm gonna start paying better attention when the requests come in.  Thanks for looking at it.

@Russel302  Yes, check the pricing on the guest request both before and after you accept a booking.

As soon as I got off the phone with them, I got a panicked message from my guest, saying she wasn't sure if she had misread my ad, but that she couldn't afford the doubled price.

I assured her the original price was correct, that I had already called Airbnb about it, and that she should as well. She did get refunded the difference.

But it could just as easily have been a glitch the other way round, that the guest had been charged half instead of double. So I always remember to check the payment, both when I receive the request or inquiry, and after it's confirmed.