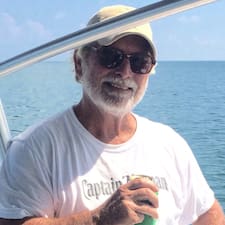 My main issue with guest reviews is that guests are capable of taking out revenge on the guest review.  Many times I have had guests bring in more people then they have booked for, as was with my guest that just checked out today.  He booked for one person, yet 5 exited the unit with all their baggage.   If I question him and try to recover the additional charge he can take it out on the review.  I therefore have to weigh the benefit of requesting the additional money for the additional people over getting into an argument with them and suffering a negative review.  This is also the case with damages or missing items.  You have someone who breaks or destroys something, you request payment through the resolution center and they get upset and write a negative review.  I'm not sure how to fix this but it is definitely frustrating.   Maybe there could be a warning to the guest before they book to confirm the number of people they are booking for.  I realize that some just do not realize that unless they specifically put in the number of people in their booking request, it will automatically default to 1 person.  Also they could make it a requirement to list the names of all additional persons that are to be staying there, even though they are not members of AirBnb.

@Richard146  "Maybe there could be a warning to the guest before they book to confirm the number of people they are booking for."

"Also they could make it a requirement to list the names of all additional persons that are to be staying there, even though they are not members of AirBnb."

These are things hosts do themselves, Richard. You ask the guest questions when they book or request to book, you tell them that any guests not accountted for on the booking will not be allowed entry, that sneaking in more guests will result  in the booking being cancelled, and you can ask for the names of all guests on the booking.

You can't look to Airbnb to maintain control over what goes on at your home, that's the host's job.

Richard146 in
Indianapolis, IN
Level 3

I assume you don't have instant book?   I suppose I could change that but would get less bookings.  Also you can ask as I have done in the past and in some instances the guests admits that it was a mistake and changes it.  There have also been times in the past that they have out and out lied.  The fact remains that anytime you have to confront the guest with an issue, whether it be number of guests or damages, you stand the chance of having that issue used against you  in the review.

@Richard146  Correct, I don't use Instant Book and never have. I do realize there are areas where there is such heavy competition that a host is at a serious disadvantage if they don't use IB. And I know that even the most experienced hosts who ask all the right questions, can be broadsided by a convincing liar. Some hosts have gotten pretty good, though, at asking questions that lead guests into a trap where their intentions become clear. Or making it clear that sneaking in extra guests, or whatever, will not be tolerated.

There's a bit of an art to stating things in a way that makes the guest understand that violating the rules will be to their disadvantage, and hosts who are good at that will often see the guests cancel as soon as they realize that getting away with their nefarious plans won't be an option.

Regarding IB, I also think a host has to weigh getting more bookings against the type of bookings they are getting. If a guest pays for 1, but the host ends up paying for the extra utilities, amenities, all the towels and sheets having to be washed, not to mention more wear and tear on the house, and likely extra cleaning time, because 5 people actually stayed, how financially advantageous is it to get more bookings? If it only happens once in a blue moon, it's probably no big deal, but if it happens a lot, it's something to consider.

Certainly the revenge review if you call a guest out on bad behavior, or charge them for damages is an ongoing problem, and one discussed ubiquitously on this forum.

@Richard146 I fear you are confusing leaving an honest review with claiming for damage/extra people. The first is fine and doesn't risk a revenge review. The latter certainly needs to weigh up the possible financial gain against a likely poor review.

If you consistently get guests booking for a low number of guests and turning up with more then remove your extra guest fees and up your basic rate per night.