Guest expected a rental car booking with the room

So, for the first time in my hosting experience, I was literally left without words and speechless by a guest's question.  I had a family check-in who apparently was dropped off by a friend and then, after about an hour in the residence, the father came to the door of my office and wanted to know the details for his rental car.  I replied (in a polite way) that I didn't know what he was referring to and he then said, "You don't have rental cars?".  I literally didn't know what to say.

After thinking a moment, I replied that no I didn't have rental cars operating out of my house but our city had several large rental car offices about 15 minutes away in the downtown area.  The guest gave me a long look and then said, "I'll google it".

I think I am already headed for a 4 star rating, the guest will probably have issues about this.  Other odd comments, asking about providing off site storage for their larger luggage (no clue where he got that idea) as well as repeated questions about why there are other people in the house (our listing is full of references to this being a two bedroom AirBNB with shared spaces with other guests).  Last but not least, wanted his own private key to the house, apparently didn't like our door code system and also wanted to be able to lock the bedroom door so I, as the host, wouldn't be able to enter either.  I have had a few guests over the years who have brought up wanting a key and every time they turned out to be problem guests who left low reviews.

My own question is how I should handle my review.  I am leaning towards mentioning that the guest had hotel-like expectations and would be better suited in a professional run motel.  Not sure if I should specifically mention wanting a rental car.  Thoughts? 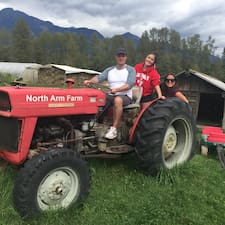 @Anthony608 be fair but factual. mention the car.

@Anthony608  I'd write something to the effect of the guest being obviously unclear about what booking an Airbnb means and him apparently not having read the listing information.

@Anthony608 @Hopefully he is as clueless in the review and mentions no rental car or something in the listing so you can have it removed for irrelevancy.

@John5097 @Sarah977 @Olivier906 - The guest wound up cancelling three days into a seven day stay.   I was not harsh in my review, since after the first day they kept to themselves and really didn't cause any issues in the house, although I did give them lower stars in communication and house rules.  They in turn left me a four star review with the typical 4 stars in location, accuracy, and value (which tells you nothing, but is  way for a guest to just give 4 stars because) but they didn't say anything negative in the review.

I think this was simply "one of those guests".  They were upset that I had a electronic door lock, and not an actual key, and they had wanted me to set up a rental car for them and also needed storage for their luggage which is nowhere in the listing.  I also think they didn't read the listing and left because there were other guests in the house.   Its hard to read such people, especially since they were friendly and nice when they left, saying they enjoyed their stay.