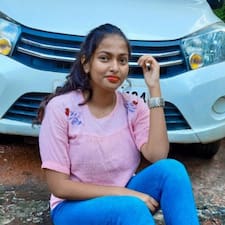 I had a reservation made by a guest for today .they were a group of guys who booked for 1 night in a intention to party.they were all drunk and were Abusive. I have already highlighted the issue to a customer support agent. I later canceled the booking and told the guest to checkout and go also I gave a full refund to the guest .there was a very big argument and the guest were very Abusive. They also broke my TV and I had tried to request money from airbnb resolution as the guest had already checked out.the request option was not eligible for this booking as I had canceled this booking. I also told the customer support team regarding the damage tv by the guest they said you should have first only informed us.in the given situation how would it be possible as the guest were drunk and were very Abusive how would I go inside being a girl .my elder brother was also there and there were giving badwords to him too.

See the respond of the support team agent .do they even have **