8% Taxes are not part of my Earnings 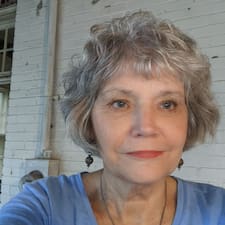 Back in November of 2019, my area started requiring that we pay local taxes on temporary vacation/work rentals. So I filed everything necessary and have been paying my county monthly.

One thing I've now noticed on earnings summaries each month (and ultimately annually as well), is that my host fees and the 8% tax is included in my payout, basically stating that all the money paid to me was what I made. They do show how much was HELD OUT for my local taxes, but they still show my total income including the tax.

Meanwhile, logic tells me that they have no way of knowing whether I proceeded to pay that tax. I could have kept it for myself and that I imagine is why they show that as the total payout. Still, there should be a sub-column in the payout if that's the right term. I don't know spreadsheet lingo. There should be a separate column that totals up the taxes (whether you pay them or not) and another column for host income.  That way, for the people who do pay their taxes, as I do, it will be easier to work with the spreadsheet and the separate amounts.

I also don't like the download of the info. Way too much other info. Once I downloaded it, I had to delete what didn't need to be in the spreadsheet, and then I had to manually add up the host amounts and the tax amounts. Because as I said, Airbnb puts them in the same column.

Number one, It shouldn't be this much work and number two, their doing it this way will show the added tax as income on any 1099.  Sorry if I got too detailed or repetitive.

@Mary1387 It is income. And the tax you pay is a deductible business expense. So you are not in the end double-taxed. Consult your tax professional.

Lisa, thank you for your response.

I still think the earnings summary should have separate columns to make managing the information easier.