Guests who work from home 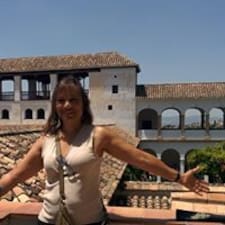 I just had my first guest after COVID, and my first guest works from home.  He booked a room for 2 weeks, my maximum, and told me when he arrived that that he would be working from home.  It is very hot in my area and air conditioning is required, and he never leaves the room.  I'm going to look at the bills after leaves, but I imagine it will be hefty since he is in there 24 hours a day (he has his meals delivered).  I wondered how others handle working from home, or if it is possible.  He also found a hole in the system in that he booked an additional 2 weeks in a new booking, which escaped the 2-week limit.  I'm talking to Airbnb about this now as I think they should have alerted me to see if I wanted to extend his stay past my maximum.  I definitely would have because the guy is a great guest, but I would have increased the rate slightly.

This was not an issue for me pre-COVID because most of my guests were here on vacation and the few that were here for work went out to work during the day, the peak hours for electricity.  Now, everyone, including me, is working from home.

Thanks for any tips, Michelle 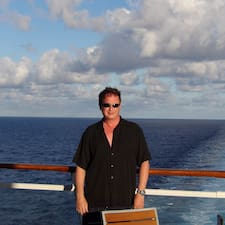 Guest did not break any rules. As for bills - you make some you lose some.

"Airbnb for work" is the place for companies and employees looking for accommodation to work from.

Your maximum stay for a reservation is 2 weeks. If guest want to stay longer the reservation can be extended ("change" option), offcourse only on request, so the host can  allow it.

Making a second one is rather brutal and i would ask the guest to retract the booking request (unless you are on Instant Book,then cancel is only option. Or discuss Airco issue with the guest and change reservation by amending the price in the change form)

Cancel on what grounds? There is nothing in tos to prohibit concecutive bookings

This is going to become more and more of a common problem as a lot more people are working remotely and the whole culture of 'digital nomads' is on the increase. Technically, the guest has done nothing wrong, but it is not the sort of situation that you want nor that suits your pricing.

So, I am not sure what you can do in this current situation. You can either turn off instant booking so that you get to approve every single request, or you state in your listing that it is not suitable for home working and that it is better suited to guests who are out and about during the day.

@Michelle2145ah, poor digital nomads are nobody's target group and they can't understand why nobody wants them 🙂

At the beginning of Covid circus many DNs came to Croatia because we didn't have lockdowns like many other countries. So I did a bit of research to see what are their needs and if I could rent to them. Then I realized a few things :

- they need a completely furnished and equipped place same as tourists .... but with some extras like a working table, working chair, fast internet, oven/washer/dryer/dishwasher, more closets and storage space...

- they expect the same rent as long-term tenants even if they stay just 2 months, during the top season, in a top tourist destination like Split or Dubrovnik.

I decided to rent to tourists and students instead 🙂

@Michelle2145  I suggest that you both turn off Instant Book and make your listing less attractive to digital nomads. The first thing I see in your listing's lead photo is office furniture, so from appearances it seems that you're targeting remote workers rather than leisure travelers.

Thank you for all your comments!  I was not going to cancel the booking extension for a lot of reasons, but wanted to learn from the experience.  I took off the Instant Book option and will not hype the work station.  I'm really glad to have found the Community Center!

Hello again, I have a question that I kind of know the answer to, but wanted to pose it.  The Digital Nomad is going to be leaving next week and I'm already thinking about his review.  I have positive things to say about him, but am hesitant to say that he never left the room.  I usually base my comments on what I would like to know as a host, but noticed that the other hosts didn't mention this in his previous reviews. In what will be a total of 3 weeks, this guy left the room maybe 3 times a week for about 15 minutes each time, and that's it.  He's very nice and quiet, and he only communicates by text messages.  It's just odd to me but is it the norm.  So, should I mention this in his review?

@Michelle2145  Working from home is a normal thing these days. Working from someone else's home and hardly ever leaving the bedroom is not normal. It's definitely worth mentioning, because it's a very undesirable behavior to most homestay hosts.

Hi there.  I was just thinking that this morning after researching what "digital nomad" means.  I honestly think this issue here is much bigger and that this poor guy has a problem.  He's never left the room and does not want any interactions.  I figured out that he leaves every few days for a less than 30 minutes to charge his Tessla.  So, I'll cross the review bridge when I get there. 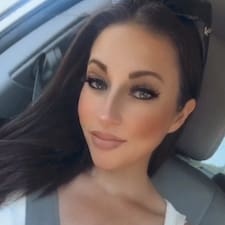 @Michelle2145 I have experienced situations similar to you, and currently have a guest that has not left the house in four days. I try to cater to people that are in the area for work or to visit local attractions, that way they are not sitting in the house 24/7.  My price is low to start and is partially based on each guest using what would be considered an average or normal amount of utilities. A guest sitting in the home around the clock using the AC is not "Average."

While the majority of my work from home guest have been pleasant,  it is not the ideal guest. The only way to weed out digital nomads is to turn off instant book. That way you can screen guest a little more extensively.

Technically he is not in the wrong, and has not violated any rules. Would I want to know as a potential future home share host, probably. However, is it appropriate to cite it in his review, probably not.

Hi Jennifer,  I learned my lesson about Instant Book and have turned it off.  I won't mention it because it isn't fair to him.  He is a perfect guest in every way.  Thanks for your input.

@Michelle2145  If you mentioned that this guest 'worked from home' that is a neutral and true statement and it clues in hosts who may or may not want someone who is spending most of their time in the home.

I am wondering if it's a good idea to remove the 'dedicated workspace' from the amenities list? The occasional digital nomad/working from home guest is fine, but it's becoming so common now that I've had long periods of time over the past year when I feel like my house is being turned into an office with multiple guests here all day.

There is a desk and chair in every guest room, but some guests will take over a communal area as their office without asking if that's okay. Some will decide to camp out where I am working (I work mostly from home), sitting opposite me, which I find extremely distracting, so I usually end up having to move. Then there are the increased utilities, increased mess that comes with people constantly being at home and eating their meals here, and just general wear and tear.

Do I need to add something to my already long house rules about guests not using communal areas as workstations? I already turned off IB, but have often found that guests are not that clear about their plans/schedules when booking.

I hosted one digital nomad who told me that his company had an office here so he would partly be working from there, but he actually only 'visited' that office briefly two times in the month he stayed. He would spend hours at a time hanging round the kitchen and left it a total mess. Another told me she was coming to London for an internship, but then it turns out she was doing the internship mostly remotely so again, barely left the house. There was a couple who were working/studying from home and therefore needed two separate workspaces. One of them took over the living room (without asking) for ten hours a day and even rearranged the room for this purpose. Some will use the kitchen/diner for two hour Zoom meetings meaning no one else can use it. Then there was the student who had no classes...