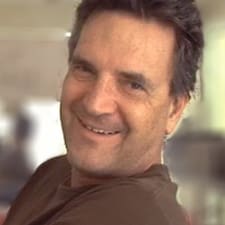 I went through the usual use and abuse with AirBnB because of a dispute over a guest requesting to cancel. Finally I had enough abuse and went through the lengthy and tedious proceedures to arbitrate. I won, considering after months of the process, AirBnB paid almost the full amount that I lost from the canceled booking. This began in March 2017. Here is a brief synopsis.

I read and re-read all the AirBnB Terms of Service. To my surprise, the terms stated that AirBnB would bear all costs of arbitration. This turned out the be the lynch pin of my success. I found out I had to open a case with American Arbitration Association. I read and re-read all about it. I did my online due diligence about the pitfalls of individual success against mandatory arbitration. I fully expected to LOSE my case! On the other hand, I am retired with lots of time on my hands, and I wanted to jerk AirBnB around in retaliation for they way they jerked me around.

For starters, American Arbitration Association did not open my case which I had filed online and received confirmation. After a couple of months of getting jerked around by AAA, I informed them that their own rules said they had to proceed in a timely two month maximum. Until my demand to proceed, they were just not going to do anything. Probably because I was only demanding my lost rental amount of around $800. Finally AAA opened my case and sent notice to AirBnB of my Demand To Arbitrate. AAA has exorbitant charges for arbitration. Various fees for this and that, all sky high. For starters, AirBnB would have to pay the fee of $1000 to answer my demand to arbitrate. Then there would be other fees for the arbitrator, travel if necessary, more fees, etc. And, if I lost, would I have to pay those fees??? I was about to drop the case for fear of my losing and paying all the AAA fees, based on the conventional wisdom that individuals rarely prevail in arbitration, which is deemed to be rigged by the more lucrative corporate intrests.

August 2017. To my surprise, at that moment I got emails from AirBnB legal department apologizing for the mishandled circumstances and bad decisions of the case managers. So, there was a totally different level of accountability, once AirBnB would be paying $1000 to resolve my AAA case. I agreed to a settlement for most of my lost revenue and AirBnB put that amount into my Payout. Perhaps if my amount had been thousands, it would have been a different story.

FYI, the rules change, and may not be the same rules now as they were last year. Some of the exact details are getting fuzzy, I'm old.

I went from being an AirBnB evangelist to a naysayer. I took my two rentals off the site. I do still use AirBnB to book trips. That part of their business model is great, an historical game changer. But their total negligence and hostility towards hosts never going to pass the smell test. Sheer stupidity considering hosts are 1/2 of their business model.

Aribitration itself is insidious and should never be used to circumvent our legal rights to a trial. Small claims is better, except I have won small claims too and never got paid. No teeth to collect judgements. Just say NO TO ARBITRATION!

A most informative, fair-minded and intelligent post @Gray0.  You deserved to win on merit alone.

Thank you for the information on your experience, @Gray0! I’m thinking about that too. 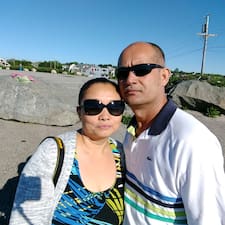 Thank you for the information.

Believe they changed the Arbitration Fees, no doubt AAA knew they would fold and were not interested in putting much effort into it.

@Gray0 Thank you for taking the time to share all of this, Gray. This is the ABB community working at it's best: Members educating other members. ABB may continue to get all kinds of new hosts to list with them, and all kinds of new property managers. And now, with 'Plus', perhaps ABB is not too concerned with losing Super Hosts and / or professional hosts with 'premium properties'. Eventually, losses of such properties will be noticed, and reflected on ABB's bottom line. Those of us running our properties in a professional manner expect to be treated in a professional manner, as a valued partner. ABB needs to up their game in that department, based on the sorts of things I read here, although I must say, 99% of the time I feel I have been treated very respectfully and very well by Airbnb C/S, and have in all cases gotten the results that I needed to keep listing with them. I realize that could change one day, which is why I never put all my eggs in one listing basket. 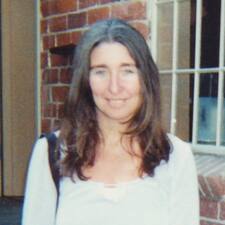 @Gray0 Thank you foe taking the time to post your experience. A question for the group. Is it possible  to seek arbitration as a group who have the same issue? 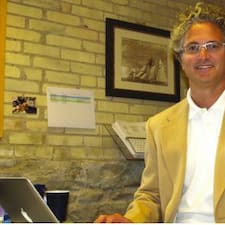 The Terms of Service say no, but those terms may not be enforceable.   This has become more of an issue because of the covid refunds.  We are working on a legal case to consolidate all claims.

@Gray0 Gray this is a question for you. I have read Arbitration can be biased towards the corporations. If I read your post correctly that if you lost you would be responsible for the fees that is a big risk for us to take isn’t it?

I could not find the answer myself. Buried in the fine print legaleze. For that reason I was going to drop my case accept and lose, except at that same time AirBnB agreed to pay me. Maybe you can dig deeper.

As to arbitrating the same complaint as a group, I think that is one of the main reasons companies force users into arbitration - no class actions allowed. By opting in, or forgeting to opt out, we lose our constitutional rights. 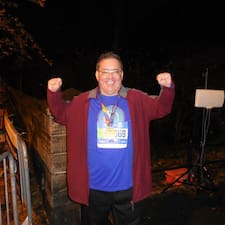 There are several key reasons why Airbnb, and many large corprorates, sneak in an arbitratiuon clause:

1) avoids publicity:  generaly speaking, most all docs filed in a civil case can, eventually be made public.  AAA arbitration is confidential.

2) NO class action possible.  This is huge.  In the case against the major banks, they were doing some overdraft scam where they would debit your account in 1 day in an algorithmic method to super max out over draft fees.  So if you had a $1K balance, and 5 checks: 4 for $1 and 1 for $1001, the algorithim would automatically clear the first check - thus hitting you with the first over draft fee.  Then the following 4 checks for 4 more overdraft fees.  That cost the big 5 clearing banks I think some $4 billion in a class action settlement.  In arbitration, by contrast, no one will sue over an excessive $100 fee.  It just aint worth it.  But 20 million consumers each getting overcharged by $100? Now that is one mega class action!

3) Less Discovery:  In arbitration, the defendent can more easily withhold key docs.  In a civil case, the plaintiff, over time, can get any and all key docs held by the defendent.

Finally, I beleive fees are capped by the AAA for the consumer at $200 - but ring them to double check.  That is not a legal question, which they will not answer.  Instead, it is a proceedural-rule issue, which they must answer.

In closing:  Dont be afraid to stand up for yourself!  In my former life I was an attorney.  I found that civil injustice - as well as a lot of criminal injustice - is often due to fear and "politeness" of the victim. 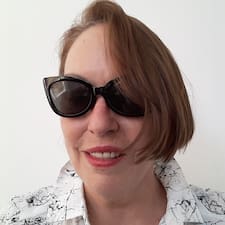 In arbitration and tribunals (peoples court) typically each party bears their own costs.

So I am TRYING to enter an arbitration agreement with Airbnb and AAA and Airbnb is refusing to agree to arbitration, even though they are the ones that require us to arbitrate...Any suggestions that don't involve expensive legal fees?

I, a guest baned for life for complaining about racism, filed my AAA arbitration against last month.

Just Google the following to get the details + docs from Reddit and Medium.com:

It turns out, that in AAA arbitration, the defendent must fork out some $5K in various fees here and there before Discovery ( the excahange of key docs) even begins.

And if they, Airbnb, simply "loose the letter" from AAA and "forget" to pay or even respond, well boo hoo for you.

The arbitration stops dead in the water.  Forever.  Unless the consumer wants to fork over the $5k themselves on behalf of Airbnb - a $20 B private for-profit corporation.

Fortunately, there is an option: the US justice system.

After some weeks when the AAA suspends proceedings for non-payment by Airbnb, I can file in Queens County Court, in the City of New York.   There is recent case law supporting the "no loophole for arbitration defendents by refusing to pay"

The case will likely be filed in  NYC housing court, as it pertains to retaliation of a prospective tenant under the NYC Human Rights Law.  And, I can get assistance from the HPD, the NYC fair housing  agency, in on the deal.

In any event, it is a loooong process.  But, in NYC housing court, when you are facing a multi billion dollar corporate as defendent for violation of the NYCHRL, the plaintiff usually has the edge.