I hope you're all doing well. Since it's almost the end of the week, I thought we could do a game!

This game involves naming famous people based on the first letter of their surname. For example, if we were on S you could say Kevin Spacey.

We'll start with the letter A, who can you think of?

Can't find what you're looking for? Click here to start a conversation!
Labels (8)
Topics:
2
Join the conversation
2 Replies

Re: The Famous People Game 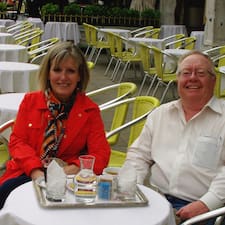 Hi @Quincy Dan Aykroyd! Canadian-American actor, comedian, producer, screenwriter, musician, businessman,original member of the "Not Ready for Prime Time Players" on Saturday Night Live and one of the original Ghostbusters.

Re: The Famous People Game

I loooved the series, learned a lot, and Paul Giamatti is incredible as Adams.

trivia tidbit: did you know that John Adams and Thomas Jefferson both died on the same day, both on July 4, 1826, 50 years after signing the declaration of  Independence. how symbolic...