Let's have a big talk about the big C. Cannabis smoking we all know in this day and age many people are smoking cannabis. Those people also like to travel and just relax. As we all know you should never judge a book by it's cover. Not all smokers are wild and out of control and looking to trash things ,it could be their form of relaxation . Myself i don't smoke weed or cigarettes but I know many that do, and they are nice,calm and laid back individuals. It's hard to find any place that allows people to enjoy a joint while looking at a beautiful sunset or mountain with peace and quiet.  In some states where marijuana is legal to smoke research has shown that the US alone Cannabis sales hit record $17.5 Billion as many Americans consume more marijuana.Just like cigarette not everyone smokes them so why should the people that smoke be condemned because they do? With that being said do anyone know of places that allow cannabis smoking in California such as Palm Springs, San Diego, Las Vegas, Santa Barbara?

I don't have a moral objection to weed smoking. It's more the smell that worries me, but I guess it depends on your listing set up. I have a very small outdoor space in an urban environment where the neighbours (some of whom have kids, some of whom are elderly) can not only see but smell what goes on in my back yard. My current neighbours are cool about me hosting, but I have in the past had neighbours that aren't. I really don't want to allow anything that is likely to upset them.

Also, mine is a shared listing with private rooms and different guests staying at the same time. While weed smoking might not offend me, it might really upset some guests.

So, it's against my house rules.

To my knowledge, I've only twice had guests smoke weed at my property. The first time was while I was away and the guests attempted to smoke inside the living room in front of another guest, who reported this to me.

More recently, I had a guest who asked if it was okay to smoke it in the garden. This time I relented because it was the dead of winter and at least the neighbours' back doors and windows were closed, plus it was dark, so they couldn't see him. However, it's usually a bad plan to bend your rules. This guest went on to smoke both weed and cigarettes in his bedroom (very strictly against my rules) when he thought everyone else was asleep, but the odour spread through the house and was unmistakable. I think he was also opening the windows while the heating was on (not great for the environment, nor my wallet!). I couldn't figure out why he and his partner were constantly complaining that their room (the warmest room in the house) was constantly freezing, but refused to let me go in to take a look and said the heating was working fine. They also walked around the rest of the house in tank tops! It all made sense once I realised they were smoking weed in the room.

Sometimes, if you give an inch, people will take a mile.

Of course, for those that don't have the same restrictions, e.g. rent out an entire place with lots of outdoor space not too close to neighbours, none of this might be a problem, but even then, if you say people can do it outside, doesn't mean they won't do it inside if that suits them better. 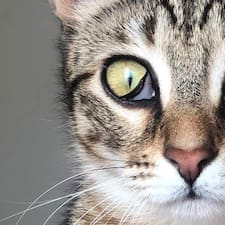 No prob for me if done out of the window and with Dyson Purifier at max speed, just a question: with all the gardens outside why do they have to smoke at home?

I'm guessing out of pure laziness.

It's an old, tall, four storey house. Having said that, as well as the garden on the ground floor, there is also a roof terrace on the next floor up, easily accessible by French doors from the living room. So, one set of guests only had to go down one flight of stairs to go smoke outside. The other ones, decided they would smoke INSIDE the living room even though it directly leads on to the roof terrace (it was summer, so not cold outside).

I could say that perhaps they didn't want others to see them smoking weed, or how much they were smoking, but I'm guessing that's not the case. The guests who tried to smoke in the living room did so in front of another guest, and that is how I know. He told them no, go outside if you want to smoke weed.

I would never let guests smoke cigarettes, let alone weed, out of their bedroom windows. The smell still gets inside, especially if the wind blows the smoke back in that direction, plus it makes the curtains stink.

The couple I mentioned above who were smoking weed in their bedrooms were I am sure smoking out of the window and that is why their room was so cold. Still, I could smell it through all the hallways etc, let alone in their room. That, and the butts left in the bin the nearby bathroom was how I knew they were doing it.

I'm not being over sensitive. I am a cigarette smoker myself so am probably far less sensitive to these smells than non-smoking guests. Smoking in the guest bedrooms, whether out of a window or not, is strictly against my house rules and for a reason, but I am much more lenient than most hosts when it comes to smoking and there are plenty of other spaces where the guests can do this. Also, I stay in a lot of hotels for my job and none of them accept smoking in the rooms anymore, out of a window or otherwise. In fact, they will charge you a lot of money if they find out you have done this.

So we’re similar, bathroom is an Eden whether in hotel, train or airplane with the suction fan no odours at all but yes the smoke can get back in at home that’s why we split with my partner after 10yrs 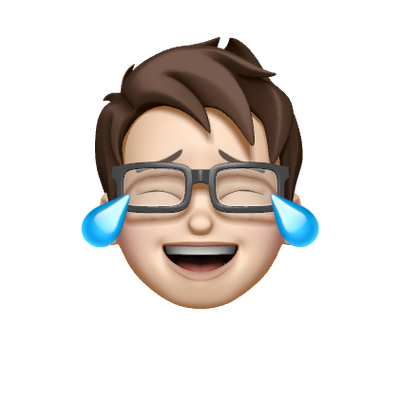 Sorry to hear about your partner. Not sure I've ever split up with anyone over that but there certainly have been disagreements!

I was looking at your reviews and a lot of your guests complain about the smell of smoke. Look, I get it. My listing also states 'smoking allowed' and I still get guests who complain about it in their reviews (including recent ones but before that it hadn't happened in ages) but these are a handful out of hundreds of reviews, rather than a large portion of them, because I really do bang on about it in my listing.

I have found it necessary to mention it several times and I also mention it again in my messages to the guest, i.e. they need to agree that they are okay with the smoking policy before they book. Of course, you still get some guests who say they are fine with it, book and then complain in the review, but they are rare. Perhaps it might be worth making more of a mention in it in your listing and then reminding them before they book. People often skim over these things and don't read properly.

My philosophy veers towards 'live and let live', but unfortunately not everyone else's does. If people don't like something about my listing - and I try to be honest about stuff that I know some people won't like - they don't need to book with me. The more I can discourage guests who will be unhappy from booking, the better. I don't need the headache, nor the bad reviews. Plenty of people will still book your place because it is cheap, well located and has an amazing view, so try to scare off the ones who are going to complain. Ask them directly via messaging if they understand that smoking IS allowed inside (yes, do put IS in capitals) out of the windows and that they are okay with that.

And what about the Dyson air purifier thing? Does it work? Has it helped?

They work fine but expensive and filters last one year. For the long hallway I set an industrial fan