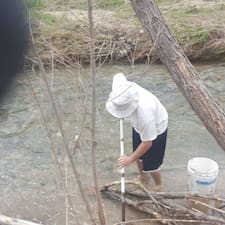 A guest booked 4 people. Brought 10. Invited the baseball tournament players and parents over for a social,  overwhelmed our septic system and left heaps of trash on the porch.

We have a House Rule that also  charges guests additional $30 for any unregistered outside visitors on the property.

We have a House Rule that guests must pack out any accumulated trash with them when they leave because our home is in a remote area and wild animals force their way into  and damage the screened porch if trash is left there.  We charge a $30 haul away when they leave trash, we do not have a garbage pickup service in the area.

We have developed these rules over time because guests regularly brought additional guests, invite people over for gatherings and leave heaps of trash. We only enforce these rules when its blatant disregard for house rules that they supposedly read and agree to.

We have a blink camera monitoring the parking lot and entrance to verify check in and for security when the cabin is empty. It's clearly described in detail on our site and in the House Rules.

So the group arrives late after 10 pm. When I awake the next day,  I review the footage and it looks like those old movies where people keep exiting out of the car, only it was two large vans like you see at the airport. The camera takes a while to start recording and I have a short time setting so it doesn't capture everything; I counted at least 10 but it could have been more.   I contacted AirBnb and after lengthy discussion they want me to enter a money request with the guest. Before I entered the request I contacted the guest and made sure they had no issues with the house, that everything was clean and in working order and meeting their expectations. They responded that they loved the cabin and everything was as they needed. This is important because I anticipated this guest would become vindictive after the request.

AirBnb must have contacted them before I entered the money request because I get a message from the guest how sorry they were, that they actually booked 8 people, and the extra people were basically a charity case with a parent in the hospital and other excuses. After more discussion,  the guest admits to 10 people. The guest complains that I am creating a stressful vacation for the baseball team, that the fields are over an hour from the cabin and that the cabin isn't even in the AZ town in the ad. The guest made it clear that no additional money is owed.

My first mistake: I put in the money request on the second day of a 3 day stay.  This was a mistake because on the last night of the stay the party erupts. People start showing up from 8 pm until midnight then they all start leaving at once. The camera was capturing the event.

My  second mistake: The camera started deleting earlier videos and I lost some of the arrival event.  I should have sent copies to myself and set the camera to save earlier content for a longer periods of time because by the time I had to prove my case, AirBnb started requesting those videos even though the guest had admitted to having 10 guests.

By the time the guest left they had accumulated hundreds of dollars in additional guest and outside guest infractions. There were piles of trash in my screened in porch.

AirBnb took up to 3 days to respond to each message and each reply from AirBnb was in the middle of the night after 1am AZ time. The guest was refusing to admit to any charges even though there was video evidence I did submit proving my claims.

My third mistake: I took it upon myself to drop the trash money request and the additional guests on the property money request ...and even allowed for the two extra people they brought as a gesture of good faith.  I dropped the request to $360, or what an 8 person stay would have cost extra. Of  course the guest refused the request.

My fourth mistake;  AirBnb did payout half of the reduced request.  I found out when a guest refuses to pay these charges, AirBnb will not cover them in full or charge the guest even though the guest agreed to the house rules in advance. In other words your House Rules will not be covered in full. AirBnb will give the guest preference over the host. AirBnb will demand video or photos even if the guest admits in your message communication of the infraction.

I left an honest short review of the guest that they disregarded the house rules and I would not recommend to other hosts. Then as anticipated the guest responds to my review in a bias vindictive way replete with inaccuracies, innuendo and scorn.  AirBnb refuses to delete the review response. They feel it meets their parameters.  The guest did not leave a review. If they had I could have responded to the inaccuracies.

In conclusion:I am removing photos and descriptions that give an impression of the actual size of the cabin. It could easily accommodate 16.

I have moved my pricing to the maximum number of guests I want at the house, or 6. I might lose some bookings but it should help alleviate one issue. Instead, I will change my House Rules to charge $50 instead of $30 for outside unregistered guests on the property.

If I incur infractions of house rules I will wait until the guest leaves and ask for the entire amount of additional monies owed to me. I will accumulate all monies owed in the money request. Knowing AirBnb will not pay in full, I can justify totals without reprieves and ask for full amounts.

I will elevate any dispute to the supervisory level immediately. They will, but they warn you that it will take 72 hours for a supervisor to respond but it took that long for almost every message I sent anyway from dispute agents who really have no sway one way or the other.

I hope this helps in some way.

@Keith478  I can't understand why you didn't boot them all out the first morning when you saw they had ignored the guest count.

I would have given these clowns marching orders as soon as I saw the footage.

Yet you somehow don't see failing to do this as your one major mistake?

@Keith478   Airbnb does not enforce monetary charges specified in House Rules on hosts' behalf. They have final say over everything associated with payment if you choose to list with them, and there's nothing you can do to force their hand. If a guest violates your rules, your only real recourse is to terminate the booking and remove them from the property. 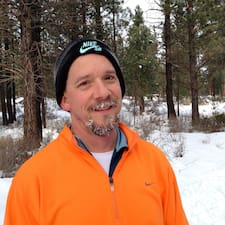 We have had similar experiences in the past while utilizing a property manager.  Our property is also remote and we have had guests that invite over a "few" friends that ends up being an out of control party.  We are now managing the property ourselves and using careful screening up front to try and avoid such situation.  We have also dropped occupancy and removed language in the listing that references it's size and remoteness.  So far so good.

I'm curios about the recommendation to terminate bookings and remove guests from the property.  How do you do that?  While under the property manager, we had a situation where the manager tried to do exactly that.   They cancelled the booking, then told the guests to leave and when they wouldn't contacted the sheriff.  The sheriff said there was nothing they could do, and in fact the guests also contacted the sheriff and said they had been drinking so couldn't drive (since there were young children at the house, we wondered who was watching the children).

I'm curious how you would enforce a "vacate" order?