I believe my host is being dishonest 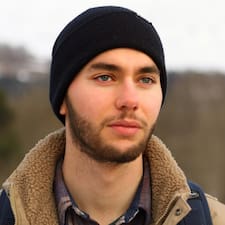 So i went this weekend on a nice trip and decided as usual to book an airbnb for the convenience and comfort level it offers.

So the appartement as a single window which was approx 1m wide and it had semi-transparent curtains in front that were fixed in place. These curtains made it hard to see a vase which was situated on the inside ledge of the window. When opening the window it naturally pushed off the vase which shattered to the floor.

We cleaned up the whole thing and I informed them immediately through message and saying sorry  to say sorry and left shortly after.

So I did in fact break the vase. The host very quickly asked if i had insurance that would cover it (to which i replied no) and the host is now asking for 25€ for the vase. A few things that bother me:

this leads me to believe that (1.) it is intentional, (2.) it is not the first time this happens , (3.) he does not want to inflate his insurance rate.

But maybe the vase just changed randomly and I a just acting wrong towards him.

What should I do? Should i report him to Airbnb, if yes though which channel?

Thank you in advance for your help! Have a nice day!

You as a guest are responsible for the damage you or a member of your group have done while staying in Airbnb.

@Arthur222   I don't think the host has done anything reportable, asking you to pay for something you admit you damaged is perfectly reasonable.  You could ask for some verification that the vase is really worth 25E, but I doubt it's intentional, that would be a really strange scam to be running, LOL.

We have tried as hosts to make the apartment as break proof as possible, but things still get broken on occasion, and I don't think we've ever asked for money, but we take it if someone offers to pay for whatever they destroyed, which is rare.  I probably wouldn't have a 25E vase in an airbnb though.

@Arthur222  You were so nice and responsible to tell the host immediately about the broken vase.

But even though I understand what you're trying to say, you're turning yourself inside out to avoid paying 25 EUR.

Not every host cares about a broken vase.  But over time, breakage and repair adds up, so even relaxed hosts start to care.  Sometimes - most times - the breakage is no one's fault - it's an accident - but still - there's a broken item that's going to cost money to replace or repair.

So it's probably better just to pay it and get it over with, because here's the inside scoop:  hosts don't like it when guests don't pay for broken things, and then they give the guests low ratings, and then the guests have more trouble booking on Airbnb in the future.

It's not pretty, but that's the way it is. 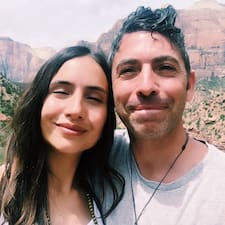 No insurance will cover $25 as there is always deductibles and is so minor why spend any effort with the claim. It was very honest and nice of you to inform the host that you broke it and it would be even nicer of you to go ahead and pay for it regardless of how haphazard it was placed. Im sure he didn't set that up to make $20 every time a guest try's to open the window. If you really think he's  penny scamming pay for it and leave in your review " great place but be careful of the vase hiding behind the curtain. ;)"

You are an honest guest by admitting that you accidentally damaged vase.

You may ask the host to go through the normal claim process through resolution center. If you don’t think that the vase worth 25 Euros, you may ask the host to show a receipt. If he cannot shoe it, you can wait till Airbnb support is involved. Airbnb support will require the invoice or an online link to show much the vase is sold. And there is a depreciation in determining the final claim amount.