I'm really disappointed that the "Basic Requirements" update to the Dashboard essentially attempts to bully hosts into accepting an arbitrary percentage of their requests.

I can appreciate that Airbnb wants to cut down on preventable disappointments and practices that appear to be discrimination. I know how frustrating it is to be a guest (especially as a visible minority) and receive multiple declines with no good explanation. But setting a minimum percentage of accepted reservations is an absolutely wrongheaded way to go about solving this. No matter how much people might prefer Instant Book, experienced hosts know that Airbnb's porous verification system and unreliable Host Guarantee are no substitute for our judgment when the nature of a request is inappropriate to what we're offering. In no way do I condone discrimination against guests based on anything such as age, race, gender identity, etc, and I respect the importance of keeping an updated calendar, but there are many legitimate reasons that a decline can be the best decision. Hosts with certain kinds of listings, or in certain locations, are going to get inappropriate requests more than others, too, so those averages are completely irrelevant.

Some examples from my own experience:

- the guest has clearly not read the listing and believes it is a different kind of property (e.g. Entire Home instead of private room)

- the guest insists upon special accommodations beyond what is advertised

- the guest has been negatively reviewed by previous hosts

- the request is for something other than accommodation, such as a partyor film shoot

- the guest asks for exceptions to the House Rules, and therefore...

In all of these situations, the host's only reasonable option is to Decline. I don't mind being asked to justify the choice so that nobody feels treated unfairly. But I've been hosting and since many of Airbnb's tech crew were still in high school, and I do not appreciate seeing a warning message on my screen because the algorithm decided I need to accept a higher percentage of requests. Airbnb, please accept that humans often need to excercise judgment that computers can't.

Agreed. We hosts (and homeowners) should not be coerced, forced, or manipulated into treating our largest personal investment as if it were a commercially-operated hotel. For many of us, these are our HOMES (or 2nd homes) we are sharing. Our 'sacred space'. There are other ways to increase acceptance rates: How about more education from Airbnb to users (new users especially) regarding reading the entire listing, including House Rules, before booking? That would be a good start.

@Rebecca181 at an Airbnb Open a couple years ago, they announced that they would be improving guest profiles by requiring face photos and using software that supposedly recognized the difference between a human face and a flower or a logo. That never happened - there's still an abundance of profiles out there that lack a face picture. And the majority of requests I get come from profiles with no text. This is not a problem for me if the guest communicates well in the request, but I am wary of guests who want to stay in my home but have nothing to say about themselves or their character.

Educating guests more is no easy task - as they say, you can lead a horse to water but you can't make it drink. Still, it wouldn't be hard to set the bar higher for submitting requests:  verified ID, a name matching that on the ID, a face photo, and at least 10 words of descriptive text in every member's profile.

@Andrew0 I imagine these very important things you mention will be considered by Airbnb as 'Super Guest' requirements, once they roll that out. But I'd prefer it applied to everyone. When people IB my place with no profile photo, I ask for one - I can do this because I state that I only accept bookings from users with complete profiles in my listing. A few times I had bookings with no profile photo. I contacted the guests and they put one up at my request, no problem. I explain that it is for their own security as well as ours (less vulnerable to identity theft, etc). 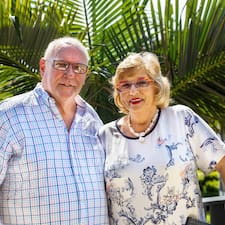 We agree, we are not comfortable if our prospective guests do not put up a photograph of themselves.

HOSTS AND GUESTS SHOULD HAVE TO PROVIDE A TRUE PHOTO OF THEMSELVES.

There is a glaring contradiction in the fact that hosts are permitted to set certain requirements for guests (for example, a female in-home host may elect to only accept female guests) but still counts it against our record if we decline those who don't meet the requirements.

I agree - without these changes I will remove my instant booking - again - I prefer quality vs quantity which equals safety for me and my family. 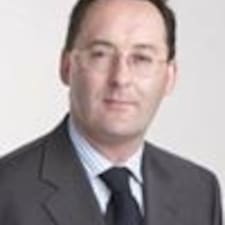 I posted several times about Stop Hosting Incognito Travellers or Sh1ts for sort,

but it got me a reprimand and very little traction from Hosts!

airbnb has, hopefully not had, a unique position amongst all the other rental platforms.

The company should educate potential guests: If You want to travel sucessfully on airbnb, show Your face, get verifications and tell us something about you. If You don't, you may get declined by many hosts. It should make a difference in the airbnb software, if a host declines a guest with no information or full information in his profile.

I am renting my place through a number of rental platforms for many years, I am fully booked out for 2018 and my house rents well around 2000 € a week in peak season. I may or my not decide to open my calender for attractive periods on any of these platforms

Airbnb, if You want my business, dont't urge me.

Well today I just had to decline another Request because the guest mentioned in it that her arrival time would be later than the check-in window specified in the listing. These come up frequently enough that there is ZERO chance I will ever have 88% Acceptance, despite using every tool available to set the right parameters. 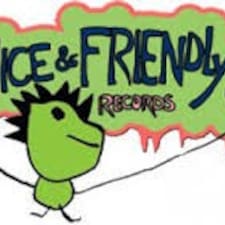 Marie82 in
New South Wales, AU
Level 10
Me personally i dont care about profile picture, myself dont have 1 on my profile. the main thing i require is ID verification, even guests who have many positive reviews and no ID verification i still ask them to upload an ID. If Airbnb do the verification it is enough for me in case of any issue i put Airbnb and Police in touch. I dont have a share space it is why i am not fussy about the picture but i completely find it fair for host sharing their spaces with guests to have face picture for safety reasons. And all properties i have have camera inside lift and each floor/front entrance so in case something really happened.
Turn on suggestions
Auto-suggest helps you quickly narrow down your search results by suggesting possible matches as you type.
Showing results for
Search instead for
Did you mean: