Many of you have asked for more guidance around cleaning your spaces during COVID-19 and beyond, so we wanted to let you know that our enhanced cleaning protocol is now ready and available for hosts in the U.S. (with other countries and regions to follow).

The cleaning protocol offers in-depth, expert-backed guidelines for cleaning every room in your space. Hosts with eligible listings who commit to the protocol will get a special highlight on their listing page, so guests know they’ve committed to following higher standards for cleaning. We know you may have questions about how the program works—like who’s eligible, how the special highlight works, and what to do if you can’t commit to the protocol—and we’ve done our best to answer them in the Resource Center.

None of this would have been possible without the feedback so many of you provided here and in our global listening sessions. Thank you for sharing your thoughts with us and for being part of our host community.

If you host in the U.S., you can commit to the protocol now 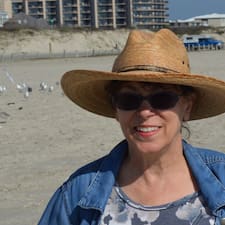 I read the protocols carefully and while they might make a pristine environment they appear unrealistic for most of us. They are as stringent as the CDC advice for disinfecting areas where persons under investigation (PUI) or those with confirmed COVID-19 reside or may be in self- isolation. I clean and disinfect logical surfaces and equipment, but will wait until Airbnb comes up with more realistic guidelines so that i don't I promise the impossible.

I took the quiz and committed to the protocol, because it wasn't a really any change to our current cleaning procedure.  We now just need to wait 24 hours before entering the space and wear masks.  The biggest change is that we will no longer do any cleanings during the guest's stay. 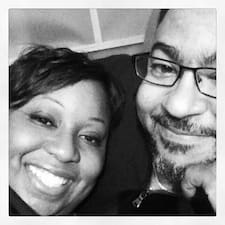 Same here, Debra.  Our place is smaller and I was doing most of this already. I'll likely add an additional day buffer to give myself more time.

@Debra300 @Tracie24 Really? I thought so too but I don't clean the ceiling after every guest and I don't pull every single cup/dish/utensil out of the cupboard and run it through the dishwasher when it clearly hasn't been used. And I don't remove all curtains and drapes and wash them between each guest.

One thing that I've learned from other hosts in this community is that everyone's hosting situation is different.  The kitchen and bathroom take the most time to clean, but we rent small spaces, and our occupancy is usually 2-3 people.  It normally takes 5-6 hours to clean a space, including laundry time.  In response to the coronavirus, we've removed many of the kitchen utensils, and most of what is remaining can be cleaned in one dishwashing cycle. Like many hosts, we  didn't clean the balcony ceiling after every guest visit.  Yes, we swept/sprayed away cobwebs, lizards, early stages of bird's nests, insect nests, and other visible dust, but probably only sprayed the balcony ceiling with a cleaning agent after a major storm.

There are inconsistencies throughout the cleaning handbook, but cleaning porch ceilings and walls, but not air flow and environmental control systems really baffles me. I did a word search in the handbook, and it only mentions cleaning the porch ceiling, and not the indoor ceiling.  It does recommend cleaning the interior walls of common areas with soap and water, which is not recommended for certain types of paint. I guess the walls in the other rooms are virus-proof, because no other rooms have this recommendation. The handbook lists cleaning the porch walls as if the virus would be contained within just the confines under the porch roof.  Unless the approach to the space and the entrance have restricted access, there really is no way to maintain any sanitation of the exterior.  In my neighborhood, couriers, solicitors, neighbors, service providers and looky-loos frequently ring the doorbell/knock on the door. More notable, like almost everywhere, the wind blows, and potential virus aerosols and droplets can freely blow in or out of an open porch area.

I have always thought of the enhanced cleaning protocol as a marketing tool to compete with the cleaning programs marketed by other STRs, particularly hotels.  I know that its guidelines have an assumption that everyone, including the host/cleaner, has coronavirus, and that's why it's so over the top with its recommendations.  As we are already doing most of the cleaning already that's listed, we will commit to the protocol.  However, I do wonder who were the leaders in sanitation that were consulted (possibly companies that sell cleaning products??), and think Airbnb that could/should have consulted with a more diverse group of people/companies to represent a wider band of empirical knowledge.

As I've mentioned previously, it is a well known fact that indoor air flow, ventilation and environmental control systems contribute to spreading viruses.  Quite a few times the handbook mentions ventilating fans to increase air flow prior to cleaning, but only says to clean the fan pull chains, and nothing about cleaning the motor housing and blades which are the primary items that manipulate the air flow.  The only ventilation item called out for cleaning is the interior and exterior of the kitchen exhaust hood.  Which is confusing, because is the recommendation to dismantle the fan, and clean the interior?  I don't know many people who would know how or want to do that.  Conversely, there are no recommendations for cleaning any parts of other air flow and environmental control systems that are easily accessible, such as vacuuming vents and cleaning ceiling fans and AC units.

In addition to washing walls, frequently cleaning curtains is probably something that many hosts will not be able to accommodate, because the curtains/drapes may require dry cleaning.  It would have been more appropriate for the handbook to have a comment similar to the one about cleaning soft surfaces and using the product's recommended fabric cleaner.

In the end, we will commit to the new cleaning protocol.  If it doesn't fit within the way we want to maintain our spaces, we will reverse our commitment.  Some hosts may feel compelled to stay, because Airbnb is their sole gateway to the marketplace, but that won't be our situation. Airbnb isn't the only platform where are spaces are listed, and they are not our primary source of reservations. 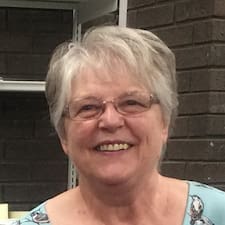 and wash down patio walls. what is that about? 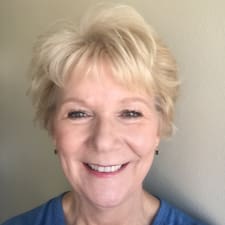 I agree @Debra300 @Tracie24. Rewashing all dishes, curtains, ceilings and walls is too much to agree to. We will disinfect frequently used surfaces in addition to our regular cleaning but I can’t see this over the top cleaning. I think it will only make guests extra critical of space when giving review.

There has already been at least one CC in which a host posted that a guest complained about things as minor as fingerprints on a radio and a bottle cap found behind a refrigerator.  This host had opt-ed in to the enhanced cleaning protocol, and I believe that it led the guest to have inappropriate expectations regarding cleanliness.

We have opted out of this protocol. Since we've instituted a four-day vacancy buffer anyway, and don't plan to change that (72 hours from check-out to cleaning, 24 hours from cleaning to check-in) it seems largely unnecessary and it is certainly more than we can commit to on every turnover. If I had a very tiny space and same-day turnovers were important I guess I might consider it, but there is no way we could take this on for our entire house listings.

As a guest, I don't think I would place much faith in this because I would bet many/most hosts who do commit to it won't actually do it. 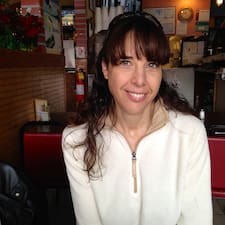 I've taken a break from everything ABB, including the host forum for about the last 2 - 3 months.  I'm coming back in reading about the new cleaning protocols.  I'm in agreement with you @Lisa723.  I highly doubt many/most hosts who commit to these new protocols will actually consistently follow them.  We keep our space very clean, however we know that we cannot commit to EVERYTHING on this list between each and every guest, and therefore are not ready to sign on.  We also have ours set up to have at least a couple days between guests, never same day turnovers.

@Airbnb Any idea why the cleaning advice for Covid would vary by country. Does the USA have a different virus to the rest of the World?

Yeah, sorry @Mike-And-Jane0, our virus is better than yours 😉

Hey @Mike-And-Jane0 , I imagine that the Enhance Cleaning Protocol actually won't be that different across different countries, but there are likely to be some nuances that need to be taken into account.

Some might be dependent upon local laws. Other things might be different names for objects around the house (translations as well) or perhaps things that are more commonly found in some countries that need to be taken into consideration.

I think it's safe to say I'm glad I'm not writing the protocol! 🙂 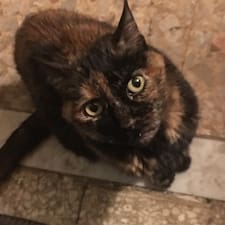 The protocol can't be flattened for all continents, europe is almost out, America still there, Africa and far east are coming up. I won't stop my flat 72hrs for the goodness sake of a badge, sorry.